What will happen to horse racing in China? The question is one of the most frequently asked in the sport, and in spite of all the positioning, preparation, and speculation, the future remains opaque at the dawn of the Year of the Horse. From the 2005 cull of Beijing’s Thoroughbred population, to the latest utterances of Chinese racing’s major stakeholders, Brandon Hillier aims to break through the opacity to discover the possibilities, if not the answers.

Nine years have passed since the cull of the Beijing Jockey Club Thoroughbred population. Reports differ on the number of horses euthanized as part of that systematic reduction undertaken after the 2005 closure of the Tongzhou Racecourse, but the act itself made a macabre statement about the future of horse racing in the People’s Republic of China. Much has happened on China’s horse racing chessboard since that move played out. And yet stalemate persists.

For those who want to know how close China is to fully embracing horse racing as the rest of the world knows it, then 2005’s cull gives some kind of clue. So too does the recent failed attempt by Dubai’s Sheikh Mohammed bin Rashid Al Maktoum to host a race meet at Chengdu, even though that probably provided a more realistic hint than the smoke and mirrors “renaissance” in an Inner Mongolian field back in September near a city called Hohhot.

To be fair, the latter did manage to attract sponsors, flew in some big-name riders and even staged races with head-turning prize money. That much deserves applause. But there was enough doubt about that venture, organized by the China Horse Club-Tianjin-Coolmore alliance, to make it clear that this self-styled renaissance was not the dreamed-of Gutenberg moment.

The problems facing the sport in the world’s most populous nation are manifold, but they all derive ultimately from political will, or its absence. Speculators and opportunists have been making small gains and larger losses ever since the government’s initial flirtations with racing in the 1990s, but horse racing’s China question is complex. Politics and ideology hang heavy in what is still a totalitarian Communist system controlled largely by fear.

It is telling that the image of Chairman Mao Zedong, who ruled over the democide of perhaps as many as 70 million Chinese people, is never far from sight in the People’s Republic. It was Mao who declared horse racing immoral, Mao who promptly banned it after taking power in 1949.

Chinese horse racing’s most obvious issue – gambling - is an ideological nightmare for some within the central government. The Chinese fondness for gambling is legendary, but China’s only legal form of it remains the official state lotteries, the first of which was introduced in 1987.

In Hong Kong, which was established in 1997 as a Special Administrative Region (SAR) of the People’s Republic of China in accordance with a 1984 agreement between the United Kingdom and China, gambling (on horse racing and soccer, plus the Mark Six Lottery) is legal and controlled by the Hong Kong Jockey Club. Last season, the Club handled more than HKD $93 billion (USD $13 billion) on its 83 race meets (days). 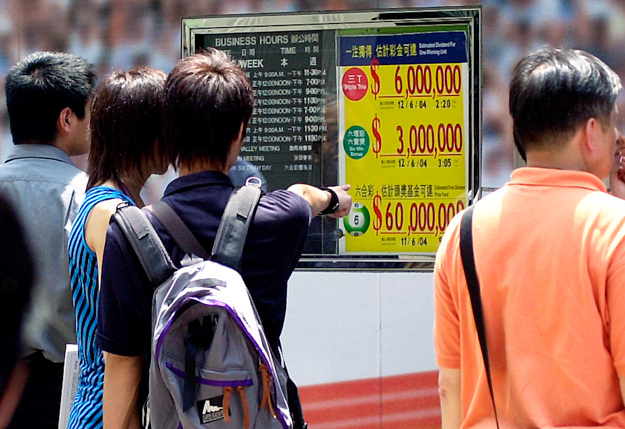 Illegal gambling is widespread throughout China though, whether small-time wagering over a game of mah-jong or the placing of sizeable sums in illicit bets via underground bookmakers on anything from Hong Kong horse racing to professional soccer.

In considering whether or not to legalize betting on horse racing, the Communist Party must take into account the societal implications of unleashing that form of entertainment on a culture known for lacking temperance when it comes to gambling, and on a developing system that seems to be rife with, and ripe for more, corruption. In a society where corruption is a major, if not the major, issue for rulers who always claim to be anxious to defeat it, horse racing does not exactly score highly in the squeaky-clean test.

Perhaps unsurprisingly, given the pervading climate that has accompanied the first year of President Xi Jinping’s leadership, this past November’s Third Plenum of the 18th Party Congress, an important forum that has previously heralded major policy shifts, failed to deliver the faintest hint that any reformist direction might eventually benefit horse racing.

In fact, liberal political observers cautiously welcomed Xi’s appointment in late 2012. Yet, the past 12 months have brought crackdown as Xi has used a tried and tested political tactic much favored in Chinese politics: consolidating power by sweeping away opposition under the pretext of mass cleanup.

The scale of the government’s drive suggests, at least on the face of things, that while such an anti-corruption purge enables the new leader to brush aside undesirable opponents, this time the removal of those rivals may be just part of an agenda with a far wider reach.

What is clear is that Xi has set in motion a process that has jolted China’s government from top to bottom. Last month, China Daily -- effectively a government mouthpiece -- went so far as to dub 2013 “the year of an anti-corruption storm.” As 2014 progresses, that storm is not showing signs of abating, and while it rages, there is unlikely to be much chance of the liberalization racing hopes for.

It all began with a January 2013 speech when Xi vowed to “uphold the fighting of tigers and flies,” while at the same time “resolutely investigating law-breaking cases of leading officials and also earnestly resolving the unhealthy tendencies and corruption problems that happen all around people.” Xi’s language was populist, the “tigers” being the corrupt officials in the government’s highest reaches and the “flies” were the party’s lower ranking miscreants.

China Daily recently pointed out that since January of last year “16 officials above vice-minister level have been placed under investigation for abuse of power” and among those are two of the hitherto untouchables: full members of the Party’s Central Committee. Throw in 87 bureau officials probed for abuse of power by mid-2013 and it’s clear that Xi and his people mean business.

Since the Third Plenum, investigations have begun into the activities of several more ministerial officials; and on Dec. 25, 2013 the Central Committee issued an extensive five-year anti-graft plan with a bold goal: “After five years of relentless efforts, the spreading tendency of corruption will be resolutely curbed, and progresses and effects generally satisfactory to the public will be achieved.”

At the core of the plan is a shift toward a preventive anti-corruption framework including a “clean-governance reporting system” and more “judicial openness” in dealing with graft cases, according to China Daily. The promise seems to be that government will be cleansed and questionable practices eradicated: a positive development, on the surface.

However, Xi’s 2013 “tigers and flies” assault has also reportedly led to the censoring of bloggers, journalists, and academics, and has been accompanied by fear-inducing arrests and incarcerations. A sobering note for those dreaming of a new frontier for racing opening in China -- one expected to bring with it almost unquantifiable wealth for those well-positioned to profit from it -- is that such anti-corruption drives historically spell trouble for the sport.

The Dec. 25 anti-graft document states that “corruption is still widespread, the soil that nourishes corruption still exists, and the situation remains critical and complicated.” It would be no stretch at all to see how gambling, and by extension horse racing, might be perceived as fertile compost for potentially corrupt activities.

Unsurprisingly, Xi’s crackdown has extended its reach to stymie anything that smacks of illegal gambling. In May, authorities trumpeted the arrest of 157 individuals in Guangzhou, the largest city in southern China, for illegal soccer betting, claiming the gang handled wagers totaling RMB 100 billion (US $16.5 billion) over an unspecified time-span. Not one of these developments can be interpreted as good news for horse racing.

As Dr. Russell Leigh Moses, the Dean of Academics and Faculty at the Beijing Center for Chinese Studies, observed, “There's every reason to think that any acceleration of the anti-corruption drive here would give pause to plans for expansion of the horse racing industry and to cadres who might want to partake.”

Tomorrow, Part II of our 5-part story on China examines past and current incarnations of racing on the Chinese mainland.