On Tuesday Nov. 4, Flemington Racecourse will stage the 153rd running of the illustrious Melbourne Cup. Now the richest and most prestigious handicap in the world, the race is also a trigger for once-a-year hysteria across Australia.

History is full of significant dates and places, but the year 1861 is unique. It saw the eruption of the Civil War in the United States, and in Australia, it saw the running of the first Melbourne Cup. On a scrubby patch of acreage on the hinterlands of metropolitan Melbourne, the race was a rough two-miler over turf kept down by sheep. It was won by the New South Wales horse Archer, who won it again the following year. Legend says he walked from Sydney to Melbourne for the event, though the shipping records prove otherwise.

In its infant years, the Melbourne Cup was an event with extreme promise, and it quickly became the flagship of Flemington Racecourse in an era when town plates and champion races were all the vogue. By 1866, it was attracting the best Thoroughbreds, and the crowds were coming. In 1880, with only 290,000 residents in Melbourne, 100,000 people gathered for the race. A half-day holiday had been declared for Cup Day three years before by the Victorian government.

The race became a social distraction for the colony, a contest whose popularity and appeal couldn’t be measured. Though early Australian racing had been carefully reproduced in the likeness of English racing, the Melbourne Cup was like nothing from the mother country. It had crowds of the most refined gentlemen, but also farmers, miners, prospectors, and gutter boys. Its social stretch was enormous. There was no other event in the year that brought almost all Australians to a standstill like the “race that stops a nation.”

In 1895, American writer Mark Twain visited Melbourne in the spring, and was amazed that a colony as young as Australia could have carved such a sporting icon in such a short amount of time.

“Cup Day, and Cup Day only, commands an attention, an interest, and an enthusiasm which are universal,” he said. “Cup Day is supreme. It has no rival. Nowhere in the world have I encountered a festival of people that has such a magnificent appeal to the whole nation. The Cup astonishes me.”

Twain’s observations on Australia’s great race appeared in print almost 120 years ago, and plenty has changed since then. But his analysis of the effect of the race on the nation remains accurate.

Through the early 1900s, people clamored around wireless sets on street corners and in pubs to hear the race. During the wars, Australian soldiers tuned in to croaky coverage. By the 1930s, movie reels of the race were flown out of Melbourne to Sydney theatres for viewing that night. The Melbourne Cup captivated people. Like so much of racing, it had heroes, villains, profiteers and losers, but each was wildly more famous for their part in a Melbourne Cup. 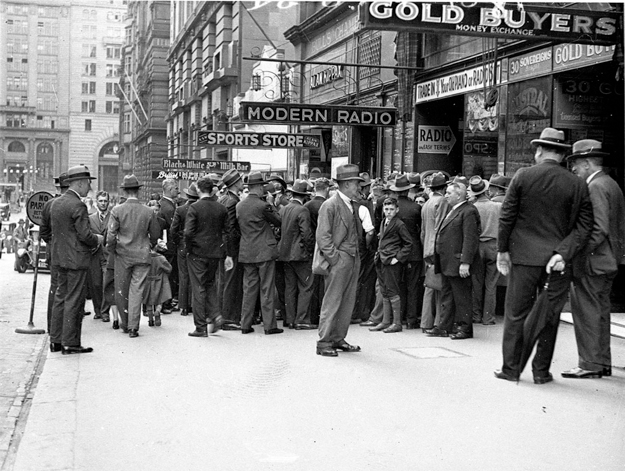 “Go and find the smallest child on this course, and there will be the only example of a person who will live long enough to see that again,” said Tony Santic, Makybe Diva’s owner, after the mare won her barnstorming third Cup. “I don’t want to run Phar Lap down, but I never saw Phar Lap win three Melbourne Cups.”

In some ways, the race has changed little in 153 years. It remains on the same patch of turf as it always has. It is still a two-miler, and it is still the most popular racing event in the country. It is still roughly run in three minutes, 20 seconds, and it is the race that everyone still wants to win, despite rich pickings in the sprint divisions. Around 100,000 people still cram Flemington to watch it, and, bar a year or two, it has always been staged on the first Tuesday in November. 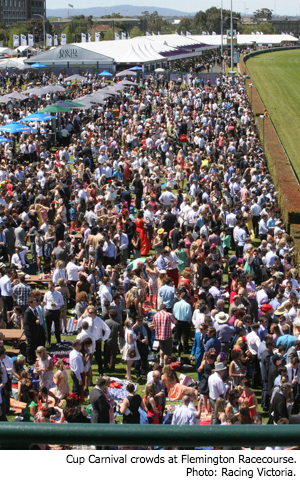 But in other ways, it has changed a lot.

Australia’s race is now open to the world, and the world has come. Since Vintage Crop won for Ireland in 1993, imported stayers, either locally trained or foreign, arrive en masse for the race every year. It has propelled the event on to the international stage in countless ways. The Melbourne Cup is televised to 700 million people worldwide. There is a Melbourne Cup breakfast in Dubai. Luca Cumani and Dermot Weld have admitted to a small obsession with winning the race, and though it is worth AUD$6.2 million, the victory still comes loaded with esteem, legend, and bragging rights.

In that respect, it ranks as one of the best events in the racing world. It is France’s Arc, America’s Kentucky Derby, and England’s Grand National. Cup Day is still a public holiday in Victoria, and “the race that stops a nation” is a trademark. The trophy is arguably the most familiar sporting ornament in Australia, and it tours the country for months before each year’s race. And, just like 100 years ago, for a single day in the year, at roughly 3 o’clock in the afternoon, the nation grinds to a halt.

“People would not be expected to become demented over a horse race,” it was reported of the event back in 1883. “Yet such appears to be the case with the Melbourne Cup.”