As racing jostles for audience attention, Australia’s Moonee Valley Racecourse has an industry-leading approach to attracting racegoers. Katrina Partridge looks at the Club’s successful night racing season, which, after 16 years, is only getting bigger.

Much of the colour, thrill, and story in horse racing remain unchanged, but in the recipe for engaging public participation, modern racing has found issues with certain ingredients. In Australia, racecourse attendance is down across the board, and competition is steep from the country’s biggest sports – Australian Rules football and rugby. Race clubs are being forced to innovate to attract customers, and one that has been doing things differently is the Moonee Valley Racing Club (MVRC) in Melbourne. It has evolved a proven, and successful, night-racing formula.

The architect of the MVRC night programme was the then Chairman Norman Carlyon, who saw night racing as a way to improve course attendance and betting turnover, while carving out a niche within the racing market – a new experience to engage a new audience. The first meeting kicked off at 7:40 p.m. on a Monday evening in 1998. It was Australia Day, a national holiday on Jan. 26, and 105 years since Moonee Valley had been established. But while it may have been the first metropolitan track to conduct night racing, Moonee Valley was not the first to host races under lights. That honour falls to Toowoomba Turf Club in south Queensland, which staged Australia’s first race ever run under electric lights in 1992.

Night racing is a success story most associated with Hong Kong, Singapore, and Dubai, but in Australia, horse racing is a very different game. There are a multitude of other sports jostling for audience attention, and night racing must also try and distinguish itself when there is racing seven days a week in all parts of the nation. But in such a climate, the MVRC’s 16-meeting Friday night model does stand out. The track is perfectly suited to the highly charged atmosphere of racing under lights, given its unique amphitheatre-style track and a finishing straight of just 173 metres (the shortest in metropolitan Australia). The result is an exciting, up-close and personal entertainment experience. It is one of the reasons why, outside of G1 days, the MVRC boasts strong attendance. 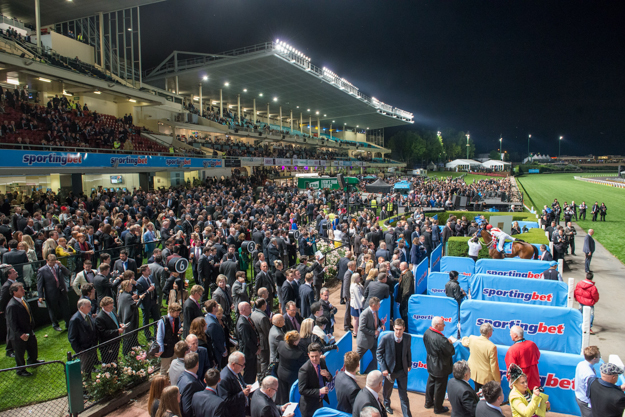 The night racing season at the Valley runs through the warmer months of September to March. It is punctuated by the G1 sprint treble of the Moir Stakes, Manikato Stakes, and William Reid Stakes, all 1,200-metre events, with the Manikato worth a rich AUD$1 million (USD$886,700). Each of these races has been won by the top sprinters in Australia’s recent history, including Miss Andretti, Apache Cat, and Black Caviar. But it is the latter’s winning of the William Reid in 2013 that many remember, as it was Black Caviar’s final Victorian start. 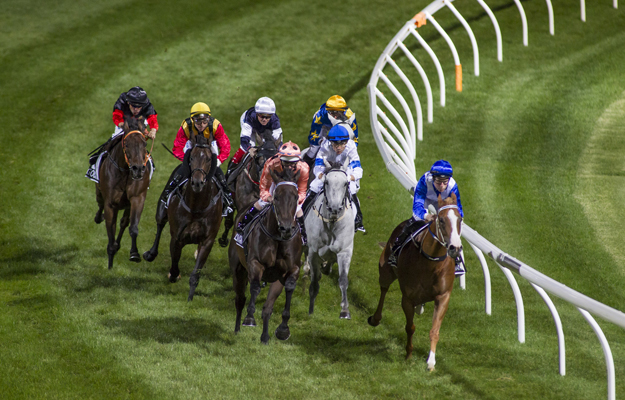 “We had 25,000 people on course that night,” recalled MVRC Chairman Michael Browell. “The club offered a money-back guarantee should Black Caviar not run, and the night was sold out two weeks after it was announced. The atmosphere was amazing. Even though everyone expected her to win, there was electricity through the air. The William Reid was the last race of the night, and was scheduled to fall at the three-quarter-time break in the local football, just so the race could be televised live around Australia. There was an incredible roar from the 400-metre mark until Black Caviar hit the finishing line to record win number 24. Spectators were showered with streamers and confetti, and Black Caviar and Luke Nolen were given a standing ovation as they returned.”

Black-type racing is only one thing on the MVRC night calendar, and the schedule of racing outside the major G1 events is something the Club works hard at to entice the best horses and trainers.

“The club spends countless hours developing the schedule with Racing Victoria to provide an even spread of high-quality races to ensure growth across attendance, turnover, and field sizes,” CEO Michael Browell said. The average attendance is between 3,000-5,000 people. The peak period for on-course attendance through the night season is in the lead-up to Christmas, when we have end-of-year work functions.”

Moonee Valley has proved itself one of the most creative metropolitan clubs in Australia. Last season, it paired with sponsor Jeep to create the ongoing “Jeep 55-Second Challenge.” On each of the 16 night meetings, race five is a 955-metre dash. While the race itself is worth AUD$55,000 (USD$48,768), the trainer of the horse who runs the quickest time across the 16-race series wins a Jeep Grand Cherokee. Last season, trainer Anthony Freedman took the keys when his filly Minaj clocked 55.36 seconds for the distance.

“G1 sprinters such as Lankan Rupee and Platelet were both heat winners in this series last year,” Browell said. “The club also runs the ‘Antler Ride Of The Night’ competition for jockeys, and is currently working on a number of new initiatives to be launched in the upcoming night-racing season.”

There are few clubs in Australia that do publicity better. This season, the MVRC has Lankan Rupee to look forward to. Though defeated in his first-up outing a few weeks ago, the Mick Price-trained gelding will resume in the G1 Moir Stakes this weekend, and will likely proceed to the G1 on Oct. 24 before a feted clash with Slade Power at Flemington during the Melbourne Cup Carnival. The MVRC is doing everything it can to cash in on the horse’s local celebrity, as it did with Black Caviar, including drinks specials, discounted gate entry, and even themed Sri Lankan evenings.

While the club drives these initiatives forward, there are also major redevelopment plans underway for Moonee Valley and its racetrack, but Browell said the changes will not impact on the unique “feel” of night racing at the Valley. 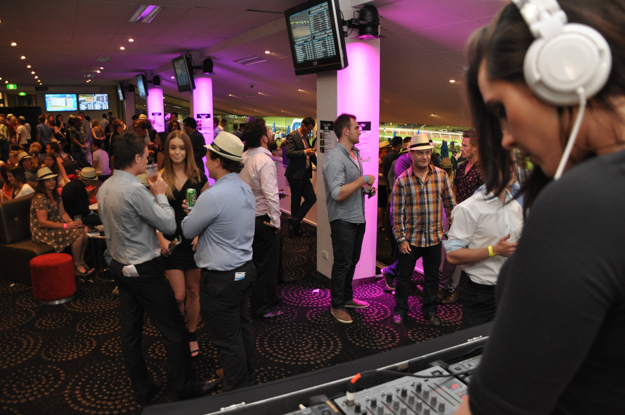 “The new track will still provide the key elements to the Moonee Valley experience,” he said.  “Punters will be close to the action, and the track will still be compact, reducing from 1,805 metres to 1,702 metres around. The facilities will be designed to suit the needs of the modern customer, and we will build a new track that enhances the on-course experience for all that attend.”

Browell added that night racing at the Valley offers a signature point of difference to the Victorian racing calendar.

“It increases wagering turnover, attracts a new audience, and offers a unique sensory experience when compared to traditional daytime horse racing,” he said.

He isn’t far off the mark, because the MVRC night model has been adopted by Canterbury Racecourse in western Sydney, Launceston in Tasmania, and Cranbourne, south of Melbourne. And in a sport where difference is key to long-term success, Moonee Valley’s commitment to showcasing night racing has been a savvy investment.