Racehorse trainer Rui Severino has been aware of the threat of Covid-19 for longer than most. He has been based at a Thoroughbred training centre in Wuhan, the epicentre of the outbreak, since late last year, prior to the virus being detected. 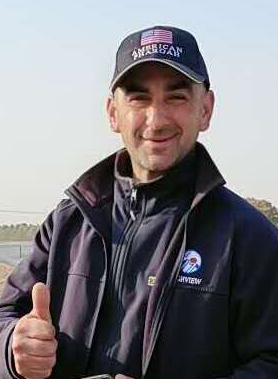 For many in China’s burgeoning horse racing industry, Wuhan is the winter base, an environment usually more comfortable for people and horses than the freezing temperatures that prevail in Northern China, where much of the summer racing takes place.

A citizen of both Portugal and Australia, Severino (left) spent time in several countries growing up, which has held him in good stead as he adapted to the nomadic racing approach in China.

Based in Macau from the age of seven until 17, Severino was first exposed to racing through the Macau Trotting Club, which eventually closed its doors in preference for the Thoroughbred code.

When his family migrated to Australia in 1989, Severino worked and learnt from a host of trainers before training stints on his own in Adelaide and then Darwin.

“In Darwin I made a big mistake. I got disqualified when I did the wrong thing and I gave a horse a run,” Severino said. “You learn from your mistakes.

“I knew racing was always going to be my life. Once I was cleared, I went to Adelaide and started to work for Gary and Lloyd Kennewell. I moved to Victoria and worked as an assistant trainer to Stephen Theodore for close to two years before I got the call to come to China.”

That call came from Lang Lin, the principal of the Inner Mongolia Rider Horse Group, whose bloodstock and racing interests outside China have been focused on New Zealand.

“I first came to China at the invite of Mr Wolf (nickname for Lang Lin due to his love of his pet wolves) to come to Inner Mongolia, so I went and stayed for three and a half years and really enjoyed it,” Severino said.

“Then I went home to Australia for a while before I got an invite to come to Yulong through Mr Zhang and I have been here since August last year.

“We go to Wuhan every year, because in the north of China the winter is very cold. Everything stops, there is no racing, no training because temperatures go below zero. We started our season here back in October. After the Christmas break is when the virus broke out and the lockdown was imposed and I have been here since.”

‘I knew I had to stay here with my team’

Although Severino had options to exit the virus-stricken Hubei province, he opted to stay.

“I got calls from the Portuguese and Australian embassy because I am a dual national so they both called me to evacuate,” he said. “At that point in time, I thought it was going to get bad everywhere else and I knew I had to stay here with my team and I knew I was going to be safe.

“I saw how quickly the measures were put in place and how good the response was from the population in China as a whole. They were very supportive and quick to accept the restrictions, so I felt very safe right away.

“It was very stressful for the first 14 days because that was when they said you could become sick and we didn’t know whether we had been in contact with anyone with the virus. After that I have always felt safe.”

Racing people are often accused of living in a bubble, and for once the all-consuming lifestyle came with some benefits.

“As a horse trainer, we have been able to stay and spend most of our time with the horses. We live, sleep and eat in the same training centre,” Severino said.

“There have been ten other trainers that have stayed, as well as jockeys and grooms. In total, we are 107 people that have been in lockdown in this training centre just out of Wuhan.

“As a horse trainer it has been okay as we have been very hands-on every day, and the more time you spend with the horses, the less you think about the virus and the less time you spend on social media.

“As a human being, it has been an unprecedented situation. It was winter and the stables weren’t built to house so many people so we had to transform some boxes to rooms and temporary kitchens. We have been privileged compared to many other people who are confined to their apartment.

“It could have been a huge risk [having so many people] but we were screened from day one and we are all in the same boat here.”

With 39 horses under his care, Severino remains confident that racing will take place at Yulong later in the year. The multi-lingual horse trainer said that, although restrictions in Wuhan were being softened, strict protocols remained in place.

“We still wear a mask, take our temperatures twice a day and disinfect the stables. Once we were through that first 14 days, it was fine and no one at the training centre became sick. There are still some cases of the virus out there so the lockdown will not be truly lifted. 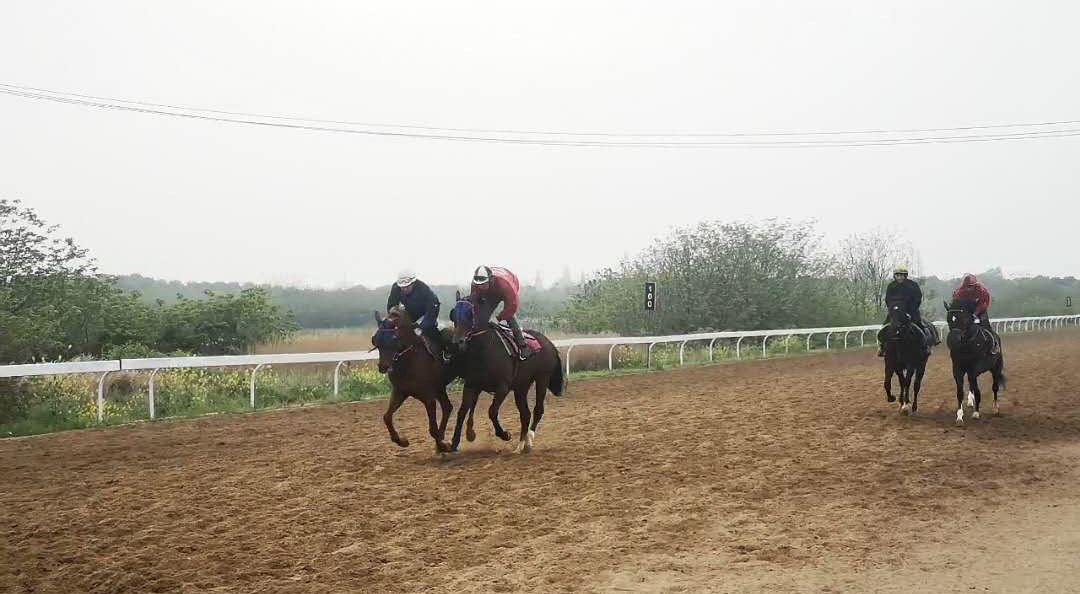 “All of the residential areas are still closed. People are allowed to go out and buy groceries and items of necessity, but they need authorisation and to scan a barcode, a health barcode of an app that they have introduced in China that all Chinese people have.

“As a foreigner working in China, I have written authorisation from the Wuhan Jockey Club saying they are aware of where I am going, what time I am going and when I am coming back.

“Wuhan will be slowly opening. I think they will slowly open transport and shops, but many things like gyms, restaurants, cinemas and bars remain closed.”

Severino praised the Chinese for being so diligent as they work to control the spread of the virus.

“The controls they have introduced are quite reassuring,” he said. “For example, in a building compound with three or four buildings, the security guard will record everyone’s temperature, and that goes into a database.

“If a person needs to go anywhere, they scan their barcode that shows every day they have had their temperature measured and it is registered. In the database, it shows everyone’s temperatures all of the time. Once it comes up green, it is like a green traffic light to go.”

‘The virus has united everybody’

Severino said he had been blown away by the manner in which the pandemic had united everyone and he said it was not fair to ostracise the Chinese community around the world.

“They are in the same situation as us,” he said. “They suffer the same as us.

“It is not a time for blaming and spreading hate, it is time for compassion and love and I believe we should forget all the differences and unite.

“One thing I have learned with this virus in China is it has united everybody. If you are a foreigner, a New Zealander, Australian or Portuguese, everyone is in it together and helping each other.

“Even in the racing world, which is very competitive here, during this period if someone has a horse that had colic, then everyone came out to help. If one guy didn’t have the appropriate medicine then another stable provided it straight away.

‘The sport will continue to grow in China’

“Maybe we are learning a lot of lessons out of this virus and I believe we should be taking the positives from the outbreak.”

The journeyman trainer is confident the emerging racing nation will recover and continue its growth.  “I have no doubt there is a big will and determination in the Chinese racing community and the sport will continue,” Severino said.

“The example is coming from the top from people like Mr Zhang and Mr Wolf and they are supporting the clubs to continue. They support their club, their teams and all the other smaller clubs around.