Bloodstock analyst Nancy Sexton looks at two stallions who are continuing to sweep all before them this season.

Barely halfway into the European turf flat season, and Galileo is well on his way to landing his fifth consecutive British and Irish sires’ championship and sixth overall.

It is a dominance that has been unrelenting since his first crop turned 3 in 2006, the year that Galileo accounted for Irish 1,000 Guineas heroine Nightime and the first three home - Sixties Icon, The Last Drop, and Red Rocks - in the St Leger. Champions, such as Frankel, New Approach, and Teofilo, have followed since then, and last month in the Irish 1,000 Guineas, a notable milestone was reached when Marvellous became his 100th Group stakes winner.

Achievements are recorded rapidly in Galileo’s world, and last Saturday, the stallion’s Classic tally was bolstered further when Australia became his third winner of the Epsom Derby following New Approach and Ruler Of The World. As a result, his progeny earnings for the year in Britain and Ireland have already broken £2 million ($3.4 million), a figure more than twice that of his nearest rival, Invincible Spirit.

Galileo’s personal best came in 2012, when he sired the winners of about £5.77 million. However, with Australia and Marvellous as well as recent Tattersalls Gold Cup winner Noble Mission and last year’s Breeders’ Cup Turf hero Magician among his representatives this season, it’s very possible that his 2014 earnings will have topped that figure at the end of the year.

Galileo’s dominance is nothing new, but the Coolmore colossus isn’t alone in the manner with which he is overwhelming his rivals this season. In America, top billing belongs to Gainesway Farm’s Tapit, who is setting a fierce pace at the head of the leading sires’ list thanks to the winners of more than $6.7 million (Northern Hemisphere earnings but excluding Hong Kong and Japan). Only one other stallion, Medaglia d’Oro, has surpassed $4 million this year.

As that figure suggests, Tapit is in the midst of an outstanding year. He has racked up eight Graded stakes winners since Jan. 1 - more than any other stallion this year in the United States - and on Saturday, he filled a notable void on his stud record when supplying the Belmont Stakes winner Tonalist. In victory, the colt became the first male Classic winner for Tapit and presented the Pulpit sire line with a clean sweep of the Triple Crown following the earlier successes of California Chrome, by Lucky Pulpit. 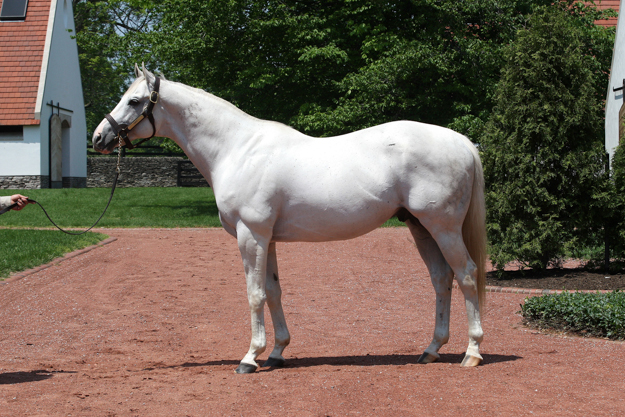 Tapit is a stallion who has made his name by upgrading his mares – each of his first 11 G1 winners, including Hansen, Stardom Bound, and Tapizar, were bred off fees no greater than $15,000. But crucially, the son of Pulpit has also built upon the better books afforded to him since.

His current 3-year-olds were bred in the year he stood for $35,000 and also include wide-margin Kentucky Oaks heroine Untapable and Florida Derby winner Constitution. With that kind of representation, Tapit’s fee deserves to rise again from its current level of $150,000.

By the end of this season, we will have a better idea as to whether Tapit will develop into a sire of sires. He has at least nine sons at stud in the U.S., including Concord Point, whose first crop race this year. Waiting in the wings is Trappe Shot, whose first weanlings averaged $66,044 off a $10,000 fee at last winter’s breeding stock sales, as well as Tapizar and the now Korean-based Hansen, both of whom have first crop foals on the ground.

American breeders also have access to several unproven sons of Galileo, including the Irish Derby winners Cape Blanco and Treasure Beach. Time will tell whether his sire line is one that can take root stateside, but it is already well established in Europe thanks to the early resounding successes of Teofilo and New Approach.

Following his performance on Saturday, a very good case can be made for Australia joining the list in due course.