British businessman John Tierney dreamt of having a winner at Ascot when he took up the offer of a share in a racehorse with some old friends. And now he’s achieved it with the emerging sprint mare Fabergino – not at the royal racecourse in Berkshire, though, but 9,000 miles away at Ascot, in Perth, Australia, according to Horse Racing Planet.

Fabergino, a 5-year-old grey trained by Tiarnna Robertson, took her score to nine wins from 12 starts and A$504,000 (US$330,000) in earnings when she captured the G3 Northam Stakes over 5½ furlongs last weekend.

Tierney, 51, one of four owners in the mare, would normally fly to Australia to see her run but because of travel restrictions watched anxiously from his home in Widnes, Cheshire, North West England.

“After being there for her last six or seven races, I was probably more nervous watching her on the iPad than I was being there,” he says. “She was running against a really good sprinter in Flirtini but the way she won it was exceptional.” 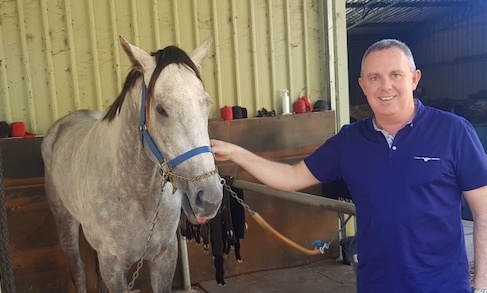 Tierney, who runs a glass-processing business in nearby Knowsley, where he employs 200 people, had never owned a horse before he met up with Martin McDonagh and John Beesley in the St Aloysius Social Club in Huyton, Liverpool. Liverpool-born Beesley’s son is married to the daughter of Jim Anderson, who bred Fabergino from his own stallion Maschino, who stands at his Alwyn Park farm near Perth.

“It was by chance that I got involved,” says Everton fan Tierney. “John was over in the UK for the football. We were sitting round a table in a friend’s working men’s club and he spoke to us about getting an offer off Jim to go in with him on a couple of horses.

“After a few beers, myself and Martin, the owner of the club, agreed and gave him a cheque to take back with him. The three of us have 35 per cent. It was a bit of an adventure. We hoped one day we might get to see the horse run and after she won her first race we started the journey.

“We didn’t know nothing about her. She was still a foal, not even two. John was retiring. He fancied a hobby and sold the idea to myself and Martin. It’s pure luck we ended up with Fabergino.” 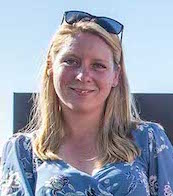 Tiarnna Robertson, 30, (pictured left) for whom it was a first Group victory, is in her second spell training in Perth’s Swan Valley, having first got her licence aged 21. She had resumed training just three months before Fabergino recorded her first victory.

“Luckily, when I sat down and decided to train again, the timing was perfect as it was just before she was to trial and race,” recalls Robertson. “There was something about her right from day one. I rang Jim and said I don’t know why but I really like this horse. She was just a big brute.

“She has always been a readymade racehorse,” she goes on. “When she was two she was already 17 hands and she was just all there right from the get-go. She was like a bull in a china shop. Right from the first couple of gallops she showed a lot of ability.”

Fabergino, who has now won her last four starts, three at Listed level and a G3. She gained wider notice when flying to Flemington to win the Bob Hoysted Handicap in February.

“We decided we would go over there and see how she would handle the pressure of travelling on a plane and move into a box as we train on a farm here,” says Robertson. “She can be difficult at times so that was a big question mark. She came through it really well so hopefully we will go back at the end of the year for a better race.”

After a break, those better races will be at G1 level from September onwards, when Tierney and McDonagh hope travel restrictions will have been relaxed.

“We are going for the Moir Stakes, which is a A$1 million race at the end of September at Moonee Valley, and then we plan to enter the Winterbottom, which is another A$1m race in Perth at the end of November,” says Tierney, now involved in up to seven horses including Fabergino’s 2-year-old brother.

“We have had interest from people touting her for The Everest and there is a conversation going on in the background. We are just happy to maybe win one of the two big races she is entered in and put her in The Everest ourselves next year.”

Further on, there has even been talk of Royal Ascot, where so many Australian sprinters have excelled in the past. “If she was to win one of the Moir or Winterbottom, potentially she could get an invite to the big races at Royal Ascot,” says Tierney. “We have spoken about it.

“Tiarnna pretty much tells us where to run Fabergino, but it would be a dream to see her at the proper Ascot. Before she finishes we would like to see her run in this country.”