I received in my inbox recently a press release issued by the New York Thoroughbred Horse Association about the new split sample program being instituted at Aqueduct’s Fall race meet.

The New York State Gaming Commission has begun to take blood samples that are being refrigerated at the track. This is the first time New York horsemen will have guaranteed access to a split sample. That split sample can now be sent to an independent referee laboratory in the event of an initial positive test finding at New York’s primary laboratory.

The press release does not address an elementary question.

There has been a long-standing model rule or national standard that requires regulators to provide horsemen with split sample protections. It has always been a fundamental fairness issue, one that has been ignored in New York. 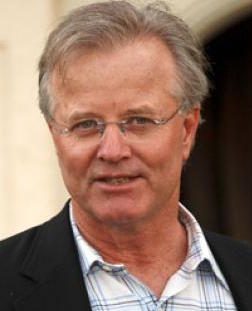 Back on September 20, 2014, the horse Saratoga Snacks finished sixth in its race at Belmont Park. The horse’s trainer, Hall of Famer Bill Mott (pictured), was subsequently notified that his horse’s blood sample contained overages of two medications, Banamine and Salix. Mr. Mott has been adamant that such overages were not possible, and he decided to exercise his right that the split sample be tested at an independent laboratory. Mr. Mott was then informed that insufficient blood remained. The initial findings would stand, and Mr. Mott would be suspended for 15 days.

In an October 13, 2017, article published online at The Blood-Horse, Mr. Mott tells writer Lenny Shulman, “This has been extremely interesting and a great learning experience. I’m not disappointed at all that I’ve had to fight this. Somebody had to. I guess it just so happens it’s my immediate problem, so it’s up to me to try to do something about it.”

In addition to an administrative appeal, Mr. Mott has sued the Commissiion for violating his civil rights by denying him the ability to challenge the alleged positive tests.

Why has the Commission been jerking horsemen around for years?

Make no mistake, it had weaponized its drug testing program. How else do you explain a system that deprives the accused any ability to defend themselves? Regulators must have felt very confident (and maybe a bit smug) strolling into a steward’s hearing with a briefcase full of lab reports knowing that all the trainer could do was to sit there, hang his head, and take it.

That was the program, until Bill Mott came along.

In the spirit of full disclosure, I’ve drafted an open letter to the racing industry that I suggest the New York State Gaming Commission consider issuing. I refer to it as the truth serum draft.

OPEN LETTER TO THE RACING INDUSTRY

We really didn’t want to do it. This new split sample thing. This due process thing. The Gaming Board has resisted this for years. Decades really. We’ve been quite stubborn about it. But now we got no choice.

We had a great run. Really. We always said that trainers who got a positive test had the right to a split sample. That gave everyone the impression that a referee sample would be available and tested at an independent laboratory. But we never had a real split sample program like they do in other states.

There is a national model rule for split samples that just about every state adopted years ago. That’s what we’ve been told. Major racing states like Kentucky and California have it. Even the fly-over ‘I’ states – Indiana, Illinois and Iowa – comply with the national standard. Heck, Puerto Rico - that’s right, Puerto Rico – complies with this standard.

Here in New York, to paraphrase Mr. Sinatra, we’ve always done it ‘our way’. I can’t tell you how many times a trainer with a positive test said they wanted their horse’s sample sent to an independent laboratory. We then had to give them the bad news. Oops! Sorry, but we don’t have any blood left.

If I had a quarter for ever time that happened, we could have built a new laboratory.

Our record for upholding penalties for positive tests has been great. That’s a fact. Some trainers (and owners, and attorneys, and industry experts, and regulators, and racing chemist, etc.) said that we didn’t afford horsemen adequate due process protections. Sore losers! That’s what I call them!

We had a great thing going until Bill Mott got a positive test in 2014. That thing has haunted us for years. He just won’t go away. We suspended him for only 15 days. That’s all. That’s a two-week vacation. But he wouldn’t take it lying down. He spent over $100,000 in legal fees challenging us. Mott keeps saying that he doesn’t want anyone else to go through what he had to. We never thought that would happen.

It’s still not over.

Our administrative law judge had a hearing on this case last summer. A recommendation is going to be made in the next few months. If we lose, we will have been, like Shakespeare said, “hoisted on our own petard.”

If we win, it will be even worse.

The next stop will be at the New York Supreme Court. I’ll admit, I’m having nightmares about this. I keep seeing the judge lifting his riding crop and telling us regulators to “assume the position”.

Joe Gorajec has spent his entire adult life in the racing industry and served as the executive director of the Indiana Horse Racing Commission for 25 years (1990-2015). He is also a former chairman of the North American regulators’ trade association, the Association of Racing Commissioners International (2008). Now semi-retired, he spends his time consulting, writing and gardening at his central Indiana home.