Late on Saturday, at around 6:40 p.m., as Australia moved easily into the parade ring at Leopardstown, a murmur went among the assembled throngs, and you thought: this is good.

It had been building all day, from the time that the gavel went up on the Goffs Champions Sale that gathered a few buyers and a few quid and a few more interested spectators to the parade ring, where nine of 11 lots changed hands at a boutique pre-race event. And the sun shone.

The weather helped the atmosphere, no question. A balmy September afternoon, deep into the latest renewal of the Irish Indian summer, with people strolling and standing around in shirts and smiles. Quite different even from last year, when it rained and John Gosden had to deliberate long and deliberately before deciding to allow The Fugue take her chance in the Irish Champion Stakes.

Irish Champions Weekend, which featured top-class cards at Leopardstown on Saturday and the Curragh on Sunday, came slowly to the boil when the racing came centre stage, long after lunch.  As it turned out, there was a story to just about every race. Tamadhor won the opening maiden for the evergreen trainer Kevin Prendergast. The G3 John Deere Juvenile Turf Stakes, the race in which Australia beat Free Eagle last year, went to Aidan O'Brien again when John F Kennedy won impressively and solidified his position at the top of the 2015 Epsom Derby market. We were there to see the Derby favourite. 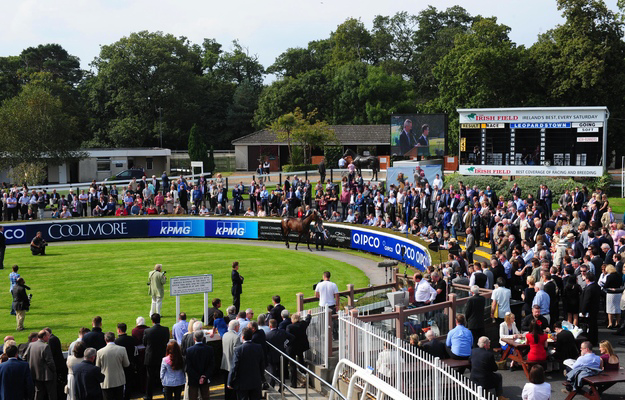 Toe The Line provided a poignant victory for the Lillingston family in the one-mile-six-furlong handicap, before Dermot Weld-trained Free Eagle, more than a year after he had last been seen him in public, reminded us of how good a racehorse he was and of how good he could still be, with a breath-taking performance to win the G3 KPMG Enterprise Stakes. Then Fiesolana won the G1 Coolmore Fastnet Rock Matron Stakes.

It is difficult to know where to start and where to end with Fiesolana. Her rating? A 93-rated filly when she arrived in Ireland from France last year, now a G1 winner.

Her owners? Fiesolana was purchased by the Niarchos family for 960,000 guineas ($1.6 million) at the Tattersalls December Sale last year - allowing the mare to remain with McCreery was a brave decision and a massive vote of confidence in the trainer’s ability. And the trainer rewarded the owners’ faith, first with a fine run from the mare to finish third in the G1 Prix Maurice de Gheest at Deauville in August, then with that most-prized G1 win.

Her rider? Billy Lee had never ridden a G1 winner before, but he knows Fiesolana well and he rode her with the confidence of a man who had ridden many. He rode her for luck, in behind horses, waited for the gap to develop before he asked his filly to burst through. Lee had also ridden Eddie Lynam-trained Agnes Stewart to land the G2 May Hill Stakes at Doncaster on Friday. Some weekend. 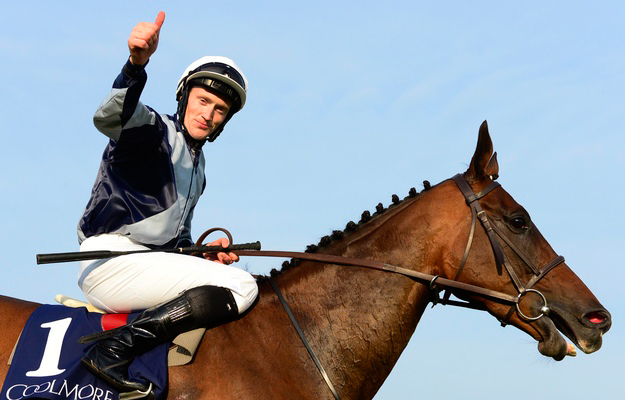 All the while, the crowd and the atmosphere swelled gradually as the day built up to Australia.  And when the dual Derby winner sauntered into the parade ring, you looked around to see them packed deep to see him, deep on the rail and deep on the overhanging balconies. Strange to see the people inside the parade ring taking selfies with the crowd on the balconies as the back-drop.

Australia would have been applauded and heralded had he followed the script but, in a strange way, the drama of his defeat at the hands of old foe The Grey Gatsby probably added to the day rather than detracted from it. More than 13,000 people strained their incredulous necks to see the race unfold on the green carpet beneath. The reported attendance was 13,190, a significant increase on the 8,786 reported in 2013, and that represents success in any language, in any walk of life.

If there was a fear before the weekend that Leopardstown would be all right but that the Curragh might struggle, that fear was left half-way down the N7 -- the main route from Dublin to Limerick that passes the racecourse. The people and the atmosphere and the weather and the horses came to the Curragh on Sunday, too.

The two warm favourites won the two G1 juveniles’ races, Cursory Glance and Gleneagles, the Moyglare Stakes and the Goffs National Stakes, respectively, and both remain high in next year’s Classic lists.

Tarfasha gained the G2 victory that she deserved in the Moyglare Blandford Stakes, but the returning Chicquita, the six-million-dollar mare now with Aidan O’Brien, lost nothing in finishing second to her on her first run since she won last year’s Irish Oaks. And Michael Owen’s horse, Brown Panther, spread-eagled them in the G1 Palmerstown House Estate Irish St Leger garnering the column inches that the former star England international footballer does.

Nearly 11,000 people clicked their way through the turnstiles at the Curragh, more than doubling last year’s figure, and the Thoroughbred Trail tours of stables and studs on the morning before racing was a sell-out.

As inaugural anythings go, the Irish Champions Weekend was as good as it gets. There can’t have been many who attended either racetrack over the weekend who will not make it their business to come back again next year. There is a whole year now to plan for 2015, with a hugely successful event in the presentation folder. That’s different from this year, when the weekend’s CV was blank, filled only with promise.

That promise delivered upon, and more, there is no reason why it cannot be even better next year. This year was always just a first step, a foundation on which to build.

Build it strong, and they will come racing back.