For lovers of racing, little compares to an afternoon (or evening) at the track. The sport is best experienced in the flesh, and the world’s race courses offer diverse ways to enjoy this pursuit. While we can’t literally transport you to the races, we’ll do our best to bring these tracks to you in a regular series of profiles. Today, Hank Wesch's first installment of a three-part look at Del Mar ahead of opening day on July 17.

It was two days after the official announcement that Del Mar would be the host venue for the 2017 Breeders’ Cup. The morning meeting was at a Starbucks. Del Mar Thoroughbred Club CEO and President Joe Harper passed up the caffeinated fare and went straight to savoring the question of the day: Is this the most dynamic time in the 77-year history of the track?

“It seems to be certainly coming to that,” Harper said. “I think with the Breeders’ Cup coming in 2017, the new turf course, and an additional fall meeting this year, and changing the main track back to dirt [from Polytrack] next year...This is a different time for all of us.” 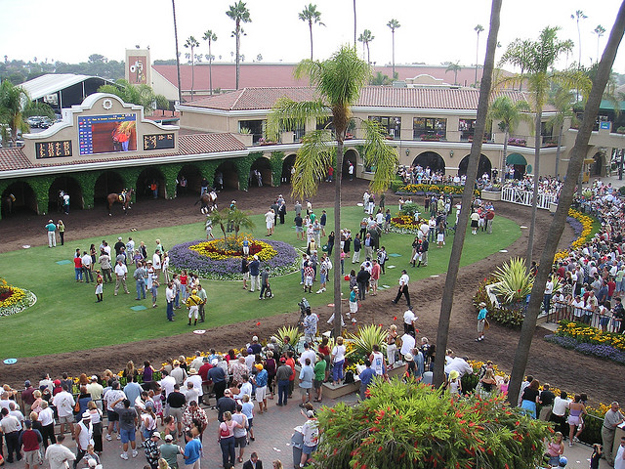 Nov. 3-4, 2017, when the Breeders’ Cup comes to Del Mar, will mark the fulfillment of a dream and the culmination of a more than 20-year quest for Harper and the Del Mar Thoroughbred Club (DMTC). Del Mar’s desire to host was expressed by the late 1980s. But the presence to the north of industry giants Santa Anita and Hollywood Park, who divided the fall dates  – and a Del Mar turf course too narrow to meet Breeders’ Cup requirements – were realities that trumped the dream.

With the demise of Hollywood Park last December, everything changed. Santa Anita, Del Mar, and Los Alamitos divvied up the vacated racing dates, with Del Mar agreeing to a 16-day fall meeting that could be flexibly scheduled in the event of Breeders’ Cup selection.

“In order to keep the Southern California circuit alive, which keeps Del Mar alive, it was obvious we’d have to step up and do things that we’d never done before,” Harper said.

The work of widening the turf course to accommodate 14-horse fields and installation of a Greg Norman Turf Company surface were accomplished early this year. 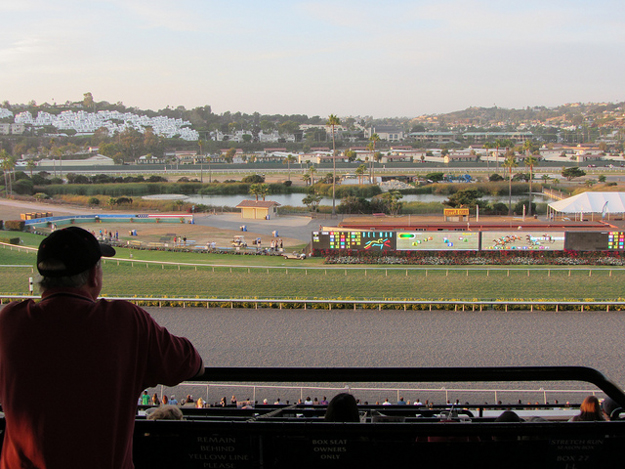 So it was, on June 24, that Breeders’ Cup Ltd. President and CEO Craig Fravel, who had been Harper’s second in command at Del Mar for 20 years, officially awarded the 2017 Breeders’ Cup to Del Mar.

"Over the years, Del Mar has established an extraordinary reputation for outstanding racing, entertainment, and first-class hospitality,” Fravel said. “We are excited by the energy and support of the local San Diego community and their efforts to make the 2017 World Championships one of most successful in our history."

For Del Mar, the arrival of the Breeders' Cup gives the track an opportunity to shine on the global stage.

"We've had many wonderful racing events and thousands of special racing people be part of our rich history at Del Mar," Harper said. "But bringing the Breeders' Cup horses, horsemen, and their worldwide fans to our seaside showplace in 2017 just might be our show of shows.

With a Breeders’ Cup secured for the future, the Del Mar Thoroughbred Club – which leases the track facility from the state of California – can focus on the 36-day summer meeting, July 17-Sept. 3 that has been a beacon of success in the industry for many years. And when the summer is gone, venture into the unknown of a fall meeting, Nov. 7-30.

At one time the track was the tolerated-for-cuteness little brother to Hollywood Park and Santa Anita on the Southern California circuit. But Del Mar has grown over the past two decades into the most admired sibling.

Del Mar and concurrently run Saratoga Race Course have annually ding-donged for the top spot in attendance and handle in the country for decades with the determining factor being how much the weather adversely affects Saratoga. It’s never a factor at temperate Del Mar.

“Because of the time of the year, boutique meets do well…Saratoga, Del Mar, everybody wants to be there and there’s a reason for that,” Harper said.

The challenge for the DMTC to rebrand the fall meeting has been met. The 15-racing-day session from Nov. 7-30 will be called the "Bing Crosby Season." Racing will be conducted Friday to Sunday the first week and Thursday to Sunday the other three. Fourteen stakes races have been slated, 11 of them carryovers from Hollywood Park. Among the six graded stakes are the G1 Hollywood Derby and G1 Matriarch on the closing weekend.

“I like the concept,” Harper said. “The trick will be if we can blend the old Hollywood, here from the start, and the new Hollywood of today.”