For lovers of racing, little compares to an afternoon (or evening) at the track. The sport is best experienced in the flesh, and the world’s race courses offer diverse ways to enjoy this pursuit. While we can’t literally transport you to the races, we’ll do our best to bring these tracks to you in a regular series of profiles. Today, Hank Wesch's second installment of a three-part look at Del Mar ahead of opening day on July 17.

As 1937 dawned, Bing Crosby was 33 years old and only three years into what would be a 20-year stand as the leader in record sales, radio ratings, and motion picture grosses in America. The songs and pictures most remembered these days, nearly 37 years after his death, were still ahead in the 1940s and ‘50s.

But 1937 would prove to be the most memorable of years for Crosby, the sportsman to San Diego County residents, then and now.

In February of that year, Crosby staged the inaugural Pro-Amateur Golf Championship at Rancho Santa Fe Country Club. Sam Snead won, claiming a $500 first prize. A few years later, the event would move to Pebble Beach, dubbed the Crosby Clambake, and become an iconic stop on the PGA Tour.

In July, Crosby was there to greet the first fans as the track he founded with some Hollywood cohorts and well-heeled friends opened for business. Crosby, Pat O’Brien, and company leased the fair grounds property in the seaside city of Del Mar from the state of California for purposes of a Thoroughbred race meeting. About 15,000 fans turned out for the first of 22 cards in the inaugural season. 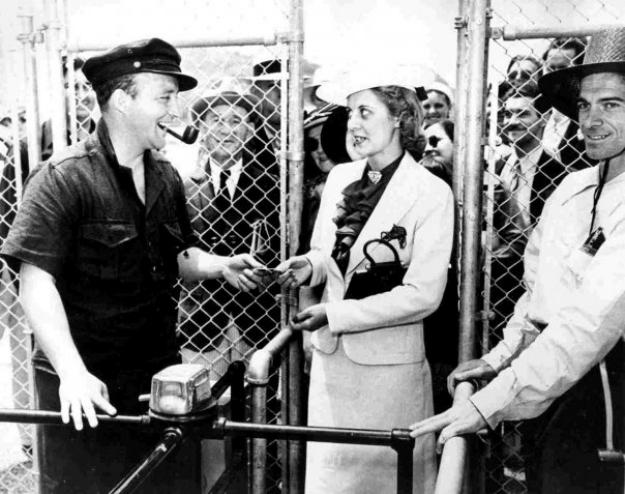 A strong supporter of the endeavor was millionaire Charles S. Howard, owner of Seabiscuit. Crosby, who bought his first horse in 1935, became close friends with Howard’s son Lindsay and the two partnered on Binglin Stables. And on August 12, 1938, Del Mar hosted a $25,000 winner-take-all match race between Seabiscuit and Binglin Stable’s own Ligaroti.

The race that put Del Mar on the map was marketed like a college football game with cheerleaders and paraphernalia to signify support for either side. A record of 20,000 fans were on hand and untold thousands more nationwide listened to the live NBC radio broadcast that featured Crosby and Pat O’Brien at a microphone on the roof of the grandstand.

Seabiscuit, ridden by George “The Iceman” Woolf under a 130-pound impost, won by a nose at the end of a stretch duel over Ligaroti, carrying Noel “Spec” Richardson and 115. Much of the stretch “dueling” was done by Richardson and Woolf.

An inquiry resulted in a stewards’ report six days later, stating that Richardson had grabbed Seabiscuit’s saddlecloth at the top of the stretch and later on went for Woolf’s wrist. Woolf shook off the grab, the report said, grabbed Ligaroti’s bridle rein about 20 yards from the finish, and held on to it under the wire.

The conclusion was that Seabiscuit would have won without the hand-to-hand combat. 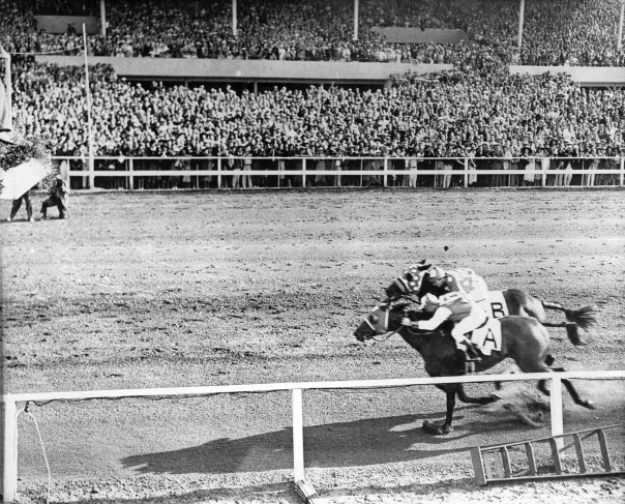 The image of Del Mar created that day – a fun place where top-tier celebrities come to play and top-tier horses race – has lasted through the years. Sometimes via astute management and marketing. Sometimes when those areas were lacking.

Crosby and his fellows sold out in 1946, and the proprietorship of racing at Del Mar would pass through six different groups between then and 1968. None of them generating the local interest and loyalty of the founders, some of them exiting amidst scandal. 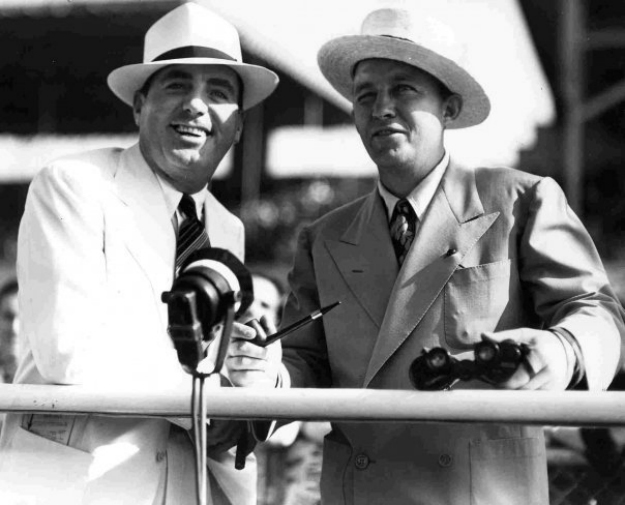 National celebrities continued to frequent Del Mar through the 1950s and ‘60s. Vintage pictures of the TV and motion picture stars of those eras – Desi Arnaz, Lucille Ball, Red Skelton, and Jimmy Durante, among many others – are everywhere on the walls of the facility. On track, they were the years of riders John Longden and Bill Shoemaker, of trainers Farrell Jones, Charlie Whittingham, and Ron McAnally.

In 1968, the Del Mar Thoroughbred Club (DMTC) was formed by a group of California owners, breeders, and community leaders that was granted a 20-year lease to the facility in 1970 and has retained the lease to the present day. For legal and tax purposes the DMTC is a “for profit” organization with the lease written to insure all profits are returned in rent to the state and primarily used for maintenance and upgrades of facilities.

DMTC stewardship has been marked by steady growth on the business side and memorable racing, especially since the inception of the $1 million Pacific Classic in 1991, which is the only remaining seven-figure purse on the Southern California circuit and a “Win and You’re In” Challenge race for the 2014 Breeders’ Cup Classic at Santa Anita Park.

The 1970s-2010s have been the era of riders Laffit Pincay, Jr., Chris McCarron, Eddie Delahoussaye, Gary Stevens, and Mike Smith, all Hall of Famers.  And of similarly honored trainers D. Wayne Lukas, Robert Frankel, Bob Baffert, Richard Mandella, and Neil Drysdale. But most importantly of horses such as Best Pal, Lava Man, Azeri, Zenyatta, and many others.

What the weather and location do for the general public, the stars do for racing fans: Make Del Mar a destination location.