The French actor Jean Gabin, portraying a penniless, yet flamboyant aristocrat in a 1960 film, is seated next to his former mistress, whom he still advises, at the Deauville yearling sales. He briefly looks upon the colt that walks the ring and nods. The auctioneer takes the bid. The camera now shows an irritated rival bidder, one Prince Sadokkan, who raises the stakes. The bidding continues for a while until Gabin’s character gives up - at a ridiculously high price.

Later, he congratulates the lucky consignor, a friend who had tipped him off about the yearling’s lack of ability. They go on to celebrate in a local night club until the next morning.

Fictional integrity issues aside, this scene from the classic French film “Le Baron de l’Écluse” (“The Baron of the Locks”) remains as accurate a portrayal as you’ll find of the Deauville experience - the vast sums pledged around the sale ring, the high society, the all-night partying - during the month of August. You could call it the French sin city, with elements of Saratoga and Atlantic City, less than a two-hour drive north-west of Paris by motorway (or an hour from the Ouistreham-Caen ferry terminal). 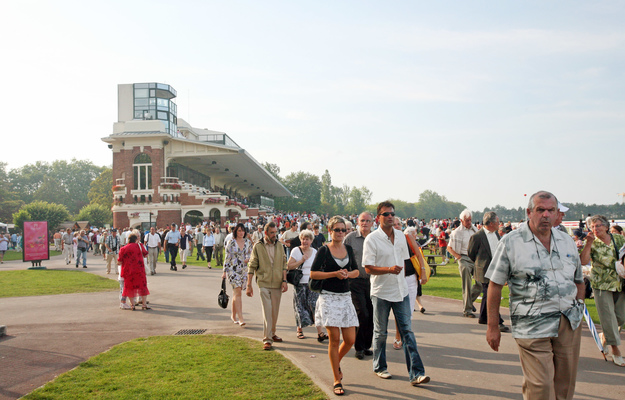 Racing took place there as early as the founding of the Deauville seaside resort, in the early 1860s. The Duke of Morny, a half brother to French Emperor Napoleon III, was a racing enthusiast. A casino and a racecourse were the obvious things to build to attract the rich and the famous.

Deauville now has two racecourses, the original 150-year-old Touques, managed by France Galop, and the newer municipal and independent track Clairefontaine, opened in 1928. In August, the whole of the French racing community gathers in the town, along with most of the horses competing in the 26 racing days of that long, exhausting meeting.

Fueled by the euphoria built up by the casinos, the bars, palaces, restaurants, the night clubs, the luxurious shops located between the most famous hotels in town and the meeting’s five G1s, the Arqana yearling sales are probably the most exhausting of their kind in the world. The 500-strong elite catalogue is dwarfed by its equivalents at Newmarket and Keeneland, but the action never stops during the four days, which this year run from Saturday, Aug. 16 - Tuesday, Aug. 19. 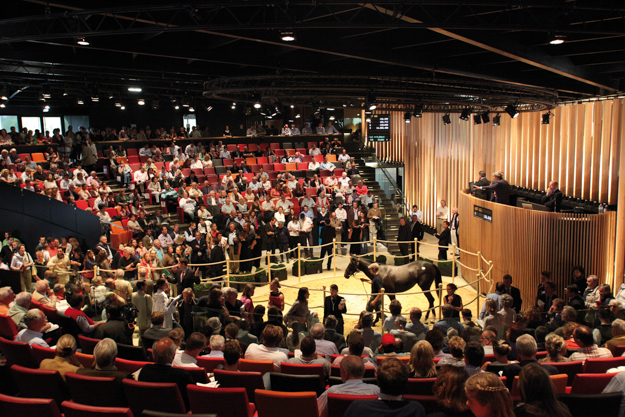 Nothing much has changed since “Le Baron de l’Ecluse,” even though the Arqana management has allowed the Agence Française de Développement/French Development Agency heritage to flourish far beyond its former status -- Arqana was created in 2006 with the merger of Agence Française and Goffs France.

Attracting visitors from as far as Australia, China, and America, the Deauville August sales are now one of the leading events in the racing and breeding calendar worldwide. Last summer, 251 yearlings were sold there at a record average of €134,622 ($180,200). Four exceeded the million-euro mark ($1.34m).

Many bloodstock agents and their clients love Deauville because of the atmosphere. In a recent interview, the famed French chef Eric Frechon (of Hotel Le Bristol, Paris), a fan of Deauville, said that most people dare to do things there that they wouldn’t dream of doing anywhere else. Excess and showing off are commonplace – yet you seldom see it anywhere else in France, a country where displays of wealth are usually frowned upon. 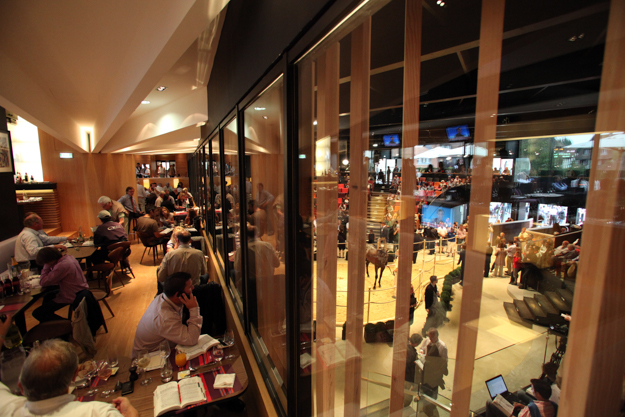 It is also at Deauville that the best French juveniles really begin to emerge. It is more a tradition than anything because many good 2-year-old races have already taken place, but the top stables usually launch their best newcomers on the Deauville straight in August. An owner tends to be happy to spend more if he’s just been successful, as all trainers know, and there are plenty of opportunities to spend and spend again at Deauville in August.

If you’re up early, you should be able to catch sight of some of the runners taking morning exercise on the beach. They have to be gone before the sunbathers arrive, however. Most trainers prefer to work their horses on the Fibresand track, laid in 2003.

Deauville combines the fun and the useful, and the combination has attracted the racing world every summer for years. For the Brits, sales week has always been the ideal occasion to indulge. Newmarket is a phenomenal sales place, but the party’s much better at Deauville. If you book your table early enough in one of the restaurants most fancied by the Irish and the Brits at Deauville during the sales, you need to make sure your guests don’t mind the noise and the lack of privacy.

The October yearling sales are less international, even though the attendance is becoming more varied every year. The Arqana Autumn Sale and December Breeding Stock Sale offer a different perspective. In the winter, the town is not so popular, but racing takes place all year round now thanks to the Fibresand track.

Therefore, the sport has become one of the major assets of the town, now inhabited by merely 3,816 people. The mayor himself, Philippe Augier, elected in 2001, was director of the Deauville sales before he took office. He still acts as an auctioneer in August, exposing his wits and his talent of persuasion.

No wonder a sign there reminds visitors that Deauville is twinned with Lexington, Kentucky, and Kildare in Ireland.