The ongoing success of Mike de Kock has been one of the features of the Dubai Carnival over the past decade, yet few would suspect the enormous lengths the South African trainer has to go to just to get his runners to the UAE. It’s a situation brought about by harsh quarantine regulations, which are having a serious impact on trading prospects between South Africa and the rest of the world. De Kock talked to Howard Wright about it.

Phileas Fogg would have been around the world and halfway back in less time than it took for trainer Mike de Kock to get a significant number of the 40-strong team he has assembled to Dubai for this year’s Carnival.

De Kock explains the route negotiated by 17 of the 40 horses he has in Dubai, where despite the huge inconveniences and travel costs of around $40,000 per horse, his record since he opened his Group 1 account with Ipi Tombe in the 2003 G1 Duty Free Dubai Stakes is second only to Sheikh Mohammed’s Godolphin operation. (He had trained 116 Carnival winners since then before this season began.)

“The horses go into quarantine towards the end of July and we do 21 days in Cape Town in what is known as a ‘free area’,” de Kock said.

“We then fly five hours to Mauritius and do another 90 days there, 50 of which are residency and the last 40 of which are under strict conditions where the horses are locked up in a barn two hours before sunset and come out two hours after sunrise.

“Then you can ship directly to the EU, where you have to do a 30-day residency if you want to come to Dubai, but it’s 60 days if you want to go to most other places.

“Mauritius has been a natural trading partner with South Africa for donkeys’ years, and their racing is based on South African horses, who do a 21 day quarantine in South Africa and a further 18 days in Mauritius, after which they’re introduced to the local herd.

“The only other place where you can go direct is America, but you spend 60 days locked up in a hangar, where the horses don’t see the light of day. I’ve done that route but the horses can come out fried.

“The incubation period for African Horse Sickness (AHS) is generally 14 days, 21 days maximum. So if your horse is still alive after 21 days, it ain’t got horse sickness. Yet the Americans lock them up for 60 days. Even 90 days in Mauritius is over the top.”

De kock admits that the argument is not one-sided.

“I absolutely see the other countries’ point of view and understand their resistance,” he conceded. “A lot of our problems have been down to the fact we haven’t educated them properly about the risks. I know it’s a big bad disease, but it’s not contagious, and therefore very much easier to contain than others.

“We can also blame ourselves, in that our veterinary house is not in order and there are testing issues, but the South African government is beginning to see the light and being pro-active through the testing procedure. What’s not so understandable is that a lot of the other countries seem unwilling to find a solution.

“There’s no way we would export the disease. That would be suicide for South African racing.”

De Kock proposes his ideal scenario: A 21-day lockdown at a South African airport in a vector-proof facility, so horses cannot leave the barn, but are able to use a swimming pool, treadmill, or a small walking track in a hangar. Upon conclusion of the lockdown period, horses would be PCR (polymerase chain reaction) tested. If the test is negative, the horses are then free to travel anywhere.

“I’m not a scientist, but this seems to make more sense than the current situation out of Cape Town, which has been suspended because of an AHS outbreak in 2011, whereby we did 40 days in quarantine where the horses were locked up, as in Mauritius, two hours before sunset and released two hours after sunrise,” he explained.

“Before then, we were shipping straight into the EU from South Africa, but all the other trading partners – Australia, Dubai, Hong Kong, Singapore for instance – still required us to go to Europe before we went there, regardless of any outbreak and despite the fact we had shipped direct to those countries many times without a problem.”

The recent success of South African horses on the world stage and the passion, professionalism, and potential buying power of its leading owners and breeders has made finding a solution to AHS regulations the No. 1 topic, de Kock said.

“There are many people who are serious about making it happen and are prepared to put in as much money as it would take. No one’s going to get scared of the cost, because we can’t afford not to trade.

“South Africa has a 200 million rand ($18 million) export market at the moment, which is a pittance really. It would be a massive boost if we could trade properly, sell a horse today, and have it on the buyer’s doorstep in 42 days’ time. I reckon conservatively we’d go over a billion rand very shortly, and it would promote massive investment and job creation in a country that really needs it. Trade should be a two-way journey.”

Despite all the travel difficulties, de Kock adheres strictly to the theory of “no pain, no gain.”

He has won Group races on four continents, and after Vercingetorix took the recent Jebel Hatta in Dubai, he has trained the winner of at least one G1 race outside South Africa in eight of the last 12 years.

“I get a thrill out of training good horses,” he said. “It’s like a golfer wanting to play the majors. My ambition is to be competitive at all the best meetings, and if I have the right horse for a big race anywhere in the world, I want to be able to go there and compete.” 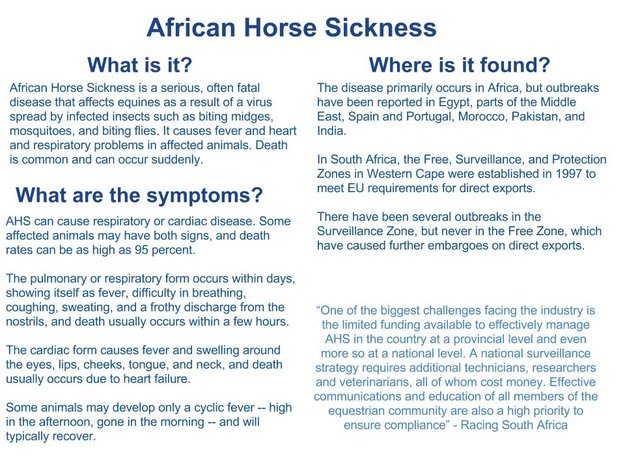