Until today, second-season trainer Frankie Lor had never saddled a winner of any Group or Graded race. Then came the four Hong Kong International Races (HKIR) at Sha Tin, and he won half of them. Little known internationally before, Lor, who trained his first winner of any race just 15 months ago, is suddenly one of the hottest trainers on the planet, and surely a Hong Kong champion in waiting.

Lor won 27 wins as a jockey there between 1981 and 1995, according to the Hong Kong Jockey Club. He then became an exercise rider before working as an assistant to a number of trainers, most notably two of Hong Kong’s greats, John Moore and John Size.

He was granted a full licence at the start of last season, and he achieved his first win with his first runner, Yourthewonforme, in a Class 4 contest at the season-opener on 3 September, 2017. The 52-year-old ended the campaign second in the premiership behind Size. His final tally of 65 wins surpassed Hong Kong’s previous best first-season total, set by Size when winning his first Hong Kong trainers’ championship in 2002.

Lor announced himself to the world in the second of the HKIR contests today, when the Karis Teetan-ridden second favourite Mr Stunning, an Australian-bred son of Exceed And Excel, triumphed in the HK$20 million ($2.6 million) Longines Hong Kong Sprint over 1200 metres (six furlongs), beating Size’s D B Pin by threequarters of a length. But it was after the fourth and richest of the G1s, the HK$28 million G1 Longines Hong Kong Cup (2000m), that he became the talk of the town.

Thanks in no small part to a magnificent ride by Silvestre De Sousa, Lor’s Glorious Forever, a British-bred son of the late Archipenko, defied his elder brother, Time Warp, and two highly credentialed Japanese challengers to lead throughout (see video below).

Look for a major leap up in the TRC Global Rankings in the next update in the coming week. Lor currently stands at #388.

Today’s momentous double may point to an imminent changing of the guard on a day when all four feature races fell - for the first time - to Hong Kong trainers.

Retirement could loom at the end of next season for John Moore, whose Beauty Generation produced a spectacular performance (see video below) to win the HK25 million Hong Kong Mile (and earn a Racing Post Rating of 128, making him the highest-rated turf miler in the world), while Tony Cruz, who sent out HK20 million Hong Kong Vase winner Exultant, is nearer to the end than start of his career.

Both Beauty Generation and Exultant were ridden by Hong Kong champion Zac Purton.

After Glorious Forever’s success, Lor said, “This is special. Yes today is amazing for me, I can’t believe it. For me, it’s my dream to get more good horses and win the big races and to win these two races today is amazing.”

After a much discussed lead-up race, the G2 Jockey Club Cup, when Glorious Forever and Time Warp attacked each other in front and finished well behind the De Sousa-ridden winner, Eagle Way, Lor knew he’d have to adopt a different tactic.

“I talked to Silvestre yesterday and said if he jumped good try to take the lead and if Time Warp pushed too hard then he could take the sit behind him. We drew one and Time Warp seven, so that made a difference.” 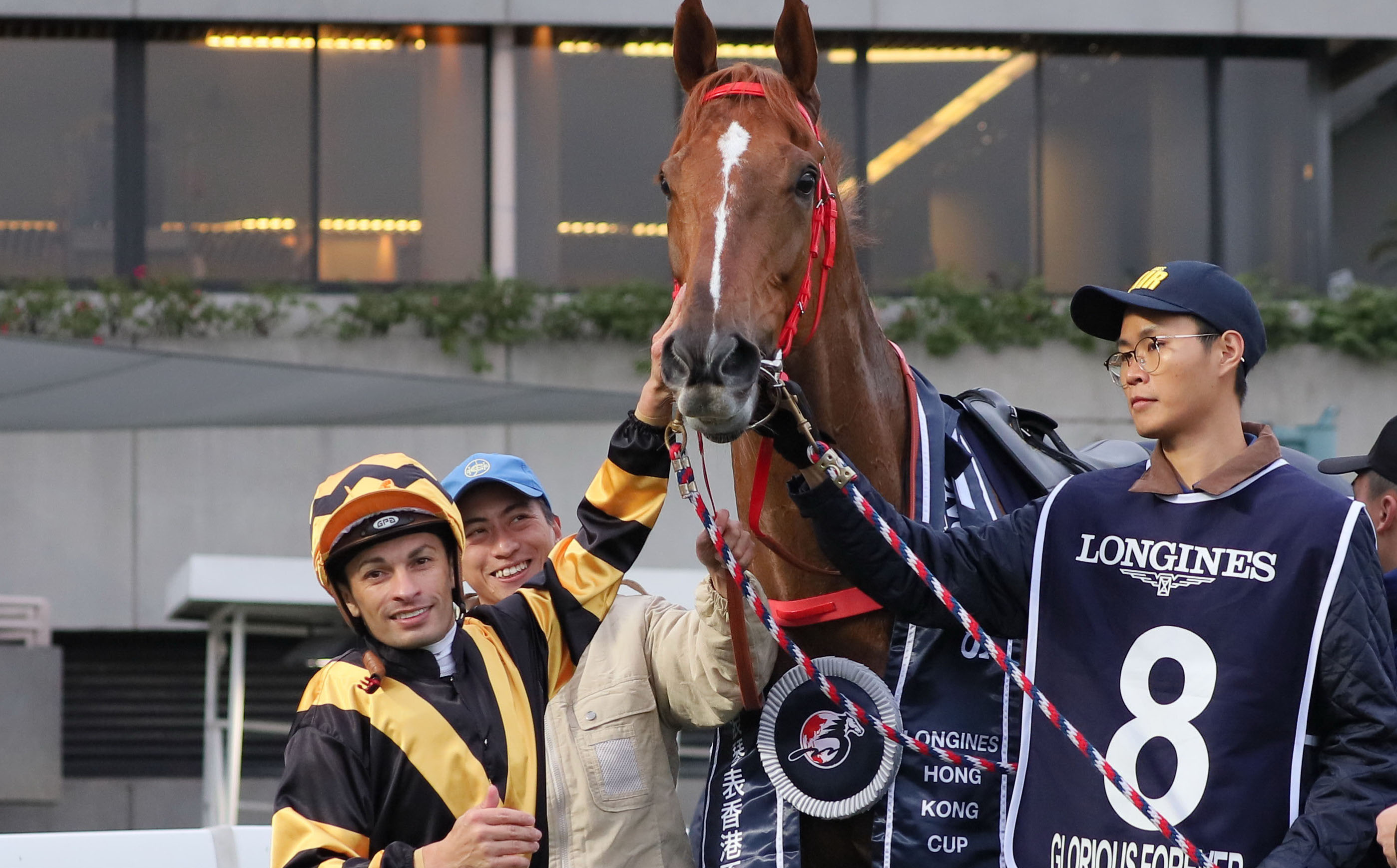 This was De Sousa’s first G1 in Hong Kong, his home for the next three months, and was achieved with clinical precision. A slow first 800 metres in 50.56s. “Everything was in my favour,” said the Brazilian. “The draw was perfect for riding a horse who could be one or two in the run. Everything went to the plan.

“I didn’t want to overdo it in front but, to make sure Time Warp didn’t come around, I had to make sure we were going a true gallop. I won the battle for the first 300 metres and I was going so well at the 800 , I thought to myself they would have to be very good to pick him up; it would have to be one of the Europeans because I didn’t think  Time Warp would come again.”

It’s likely the British champion meant the “Japanese” rather than the “Europeans” as the top two in the market were Sungrazer and Deirdre and the latter steamed home from the back. The early fractions said she faced a herculean task. “She travelled well behind Sungrazer in the run and picked up well and gave her all to the finish,” said jockey Christophe Lemaire (Deirdre snatched second from Time Warp on the line, with Sungrazer fourth).

De Sousa was asked whether he would consider a full-time rather than four-month contract in Hong Kong. He replied, “Yeah, why not … why not?”

Lor would not be drawn on immediate plans for Glorious Forever, for whom this was a career-best performance, but he certainly didn’t rule out an international mission. “I’ll need to talk to the owners first and I’ll need to have a good look at the overseas programmes so it’s a maybe,” he said.