The variety and strength of the international buying bench in attendance at the National Yearling Sale at Karaka in New Zealand this year was in evidence throughout the opening day of the Book 1 sale on Sunday. While Te Akau Racing boss David Ellis, the ‘King of Karaka’, led the charge for the locals, it was the internationals who took home the three top-priced lots from the boutique session.

Among those was a chestnut Zoustar filly from More Than Ready mare, Imanana, who fell to the $600,000 bid of Godolphin Australia’s Managing Director, Vin Cox.

Cox was fulsome in his praise for the filly who was offered out of the Cambridge Stud draft. “She’s by a superstar stallion in Zoustar, who couldn’t be doing any better,” he said.

Cox and his team had inspected the mare at the Karaka sales complex upon arriving from Australia among a select list identified prior to the sale. “We’re not here to shoot the lights out,” he said. “We just want to be conservative about what we do and try and get the horses we want.

“It’s great that Sheikh Mohammed is in the market for buying horses and supporting the Australian and New Zealand Industry as well. We thought she was right there with all the others we had seen [at other sales]. We bid on a few at the Gold Coast and didn’t get one so we’re very happy to get this one here.”

While the international buyers made their mark, it was David Ellis, the leading buyer from the past 13 editions of the sale, who ensured they didn’t have things all their own way. 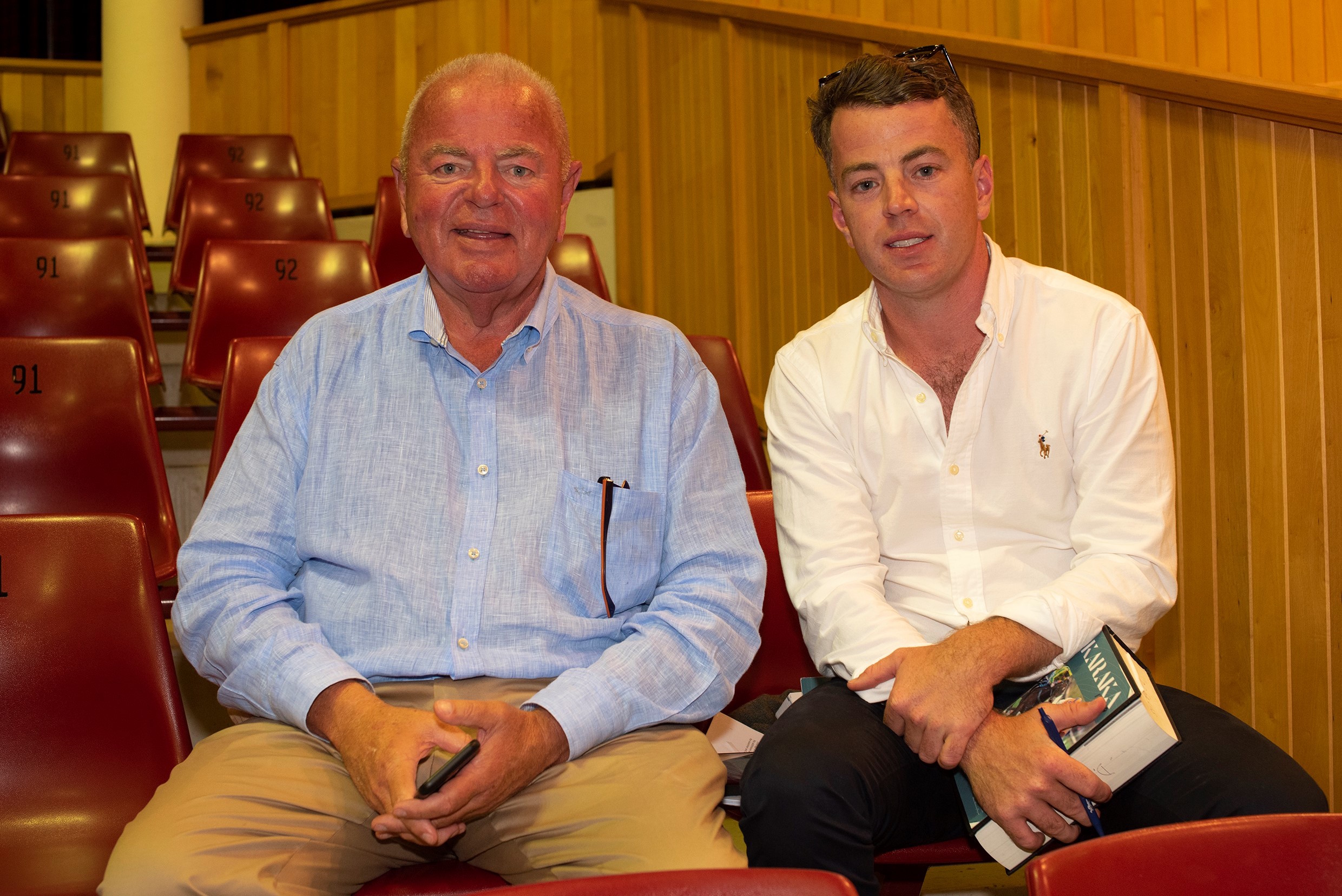 Ellis signed for 12 of the 92 lots on offer on day one with a Written Tycoon colt from the Hallmark Stud draft, heading his purchase list when fetching $475,000.

“We have put a lot of work into this sale. We have been on the road for the last ten weeks looking at all the horses in the sale,” Ellis said. “We have been saying for some time that it’s the best line-up of yearlings that we have seen at Karaka for probably 20 years.

“I think it reflects the fantastic growing season that we have had in New Zealand. These yearlings as foals were all weaned on the best grass possible, reflecting the unbelievable rainfall that we had through January, February, March and April. I think it is showing through in the individuals with terrific bone and just well-developed, mature yearlings.”

Fresh from his Te Akau Racing stable producing the trifecta in the Karaka Million 2YO race at Ellerslie on Saturday evening, Ellis is already looking to secure his next group of potential candidates for the 2020 edition.

“We have been spending a lot of time on the promotion of the sale and we have got a lot of new owners investing,” he said. “We just want to be part of getting the next Karaka Million winner. We wanted to be active and support the New Zealand breeding industry.

“I think the good horses are making their money, but I still think it’s possibly, if anything, just a buyers’ market, no more. The prices are a little bit better than I thought they would be. This year I am putting another colts syndicate together.

“This Written Tycoon colt I see as a Karaka Million horse next year and we would like to hope that in the next few years that we would have a colt that would go to the Golden Slipper, Sires’ Produce, and the Champagne Stakes in Australia at Randwick, and we think this is a colt that can do that.”