Top Australian jockey Damian Lane is in strict isolation in Japan today after making a weekend dash from Australia in a bid to resume his riding licence with the Japan Racing Association (JRA) now that he is unable to cross state lines to compete in the Sydney Autumn Carnival. 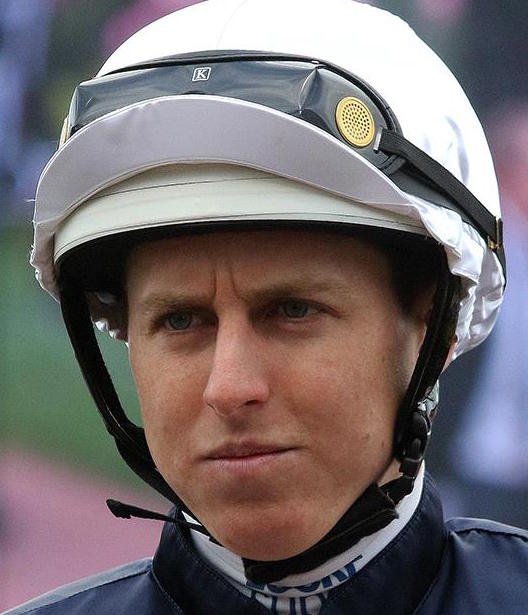 Lane (left), at #19 the third-highest-ranked Australian rider in the world (behind top-tenners Hugh Bowman and James McDonald), rode successfully in Japan last year, forming a fabulous partnership with Lys Gracieux, arguably the best horse in the world in 2019. He made a quick exit following Saturday’s Bendigo meeting in Victoria, flying to Sydney before leaving Australia on Sunday.

He is eligible for a three-month licence in Japan and is now in quarantine for two weeks before being allowed to ride. He still needs approval from the JRA before he is officially allowed to return to the saddle but made the trip in the hope he can get the green light and then ride Salios, a G1 winner as a juvenile, in the Satsuki Sho (Japanese 2000 Guineas) on April 19.

Lane rode more than 35 winners in Japan during a two-month stint between April and June last year before returning there under a special licence to partner Lys Gracieux to a spectacular victory in the Arima Kinen last December. He had already ridden the mare to two major G1 victories, the Takarazuka Kinen at Hanshin in June and the Cox Plate at Moonee Valley in Australia in October.

With interstate jockeys blocked from competing at the Sydney carnival due to quarantine restrictions, Lane made the decision to exit Australia earlier than he had initially planned, given it was always his intention to return to Japan at some stage this year.

Ordinarily the most important date in the diaries of all the top riders down under in the first half of the year is The Championships, which climaxes the Sydney carnival with a lavish Breeders’ Cup-style extravaganza at Randwick on the first two Saturdays of April.

It is scheduled to go ahead subject to government regulations with eight G1s programmed and is still expected to feature some mouth-watering action even though the prize fund has been halved in response to racing’s reduced income stream during the coronavirus crisis.

The Australian Turf Club and Racing NSW have agreed to the move because of the challenges presented by a drop in wagering, which will be significantly reduced by the current lockdowns of pubs, clubs and TAB agencies.

Other sources of funding for prize money - on-course attendances and sponsorship - have also been severely impacted given the public is not allowed to attend race meetings.

Racing NSW has a future fund to enable the NSW racing industry to continue in the face of such challenges but says it is important to maintain those cash reserves for as long as possible given the uncertainty of the situation.

Despite the cuts, the prize money is still impressive (figures in Australian dollars):