Thoroughbred Breeders Australia’s first Chinese internship program comes to an end on Monday (November 27). A group of eight interns spent the past two weeks in the Hunter Valley, where they visited many of the region’s leading farms, including Widden Stud, Coolmore, Yarraman Park, Newgate and Darley.

In addition to visiting farms in the region, the group have been receiving lectures from leaders in areas such as veterinary science, farriery, nutrition and equine reproduction.

TBA and the marketing body for the Australian breeding industry, Aushorse, developed the program to help build the skills of those working in the growing Thoroughbred sector in China

“I’ve been visiting China regularly for three years and I was frequently told by the major owners up there that they wanted their staff to have the opportunity to learn from the world’s best,” said TBA and Aushorse chief executive Tom Reilly.

“In response to that, TBA and Aushorse put in place a program that really gave the interns the opportunity to see how the Hunter farms operate and learn from the leaders in our industry. It’s been a great couple of weeks and the feedback from those on the program is that they’ve learnt a huge amount.”

The program is part of a broader move to work with the Chinese industry to assist its growth. In the past year Aushorse has also supported the travel of veterinarians and a farrier to China to provide workshops for staff in the Asian powerhouse.

Among those taking part on the internship were farm supervisors, veterinarians and breeding managers. All the costs of the course and the interns’ travel were met by Aushorse.

“Everything in Australia is done with such care and skill, everything is so organised. To see this was a big education,” said vet student Lu Bingqiu, who is also assistant manager to the President of Tian Ci Sheng Quan Equestrian Club, a racing stable based in Beijing.

“I will return to China with so much more knowledge that I didn’t have before.” 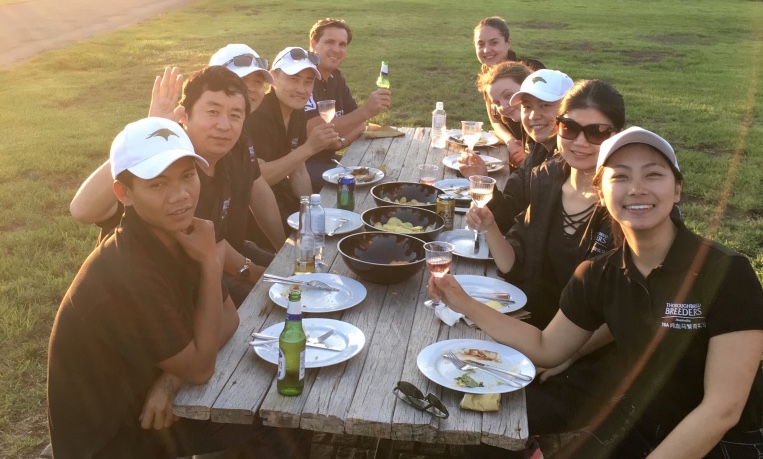 Ms Xin Xin, who works in Ordos, Inner Mongolia, as a manager for the global racing and breeding operation China Horse Club, said: “For me the most beneficial part of this internship has been the practical part. To see exactly how things are done every day on an Australian farm. From the care for the mares and the stallions right through to the matings – the professionalism is so important.

“At the organisation where I work we started a breeding program [in China] only this year, so I have seen how much more experience we need to have.

Australia’s trade with China has grown significantly in the last five years. In 2013 there 106 Thoroughbreds shipped to China, while this number soared to 261 last year.

The program lasted two weeks and also included a visit to the races in Sydney. The group received their completion certificates on Friday at Scone TAFE (Technical and Further Education), where they been receiving lectures.

Reilly added: “Australia has a great relationship with the major players in the Chinese Thoroughbred industry and I’m sure programs like this will continue to deepen the ties between our countries. I’d like to thank all the farms who have gone out of their way to make the interns so welcome.” 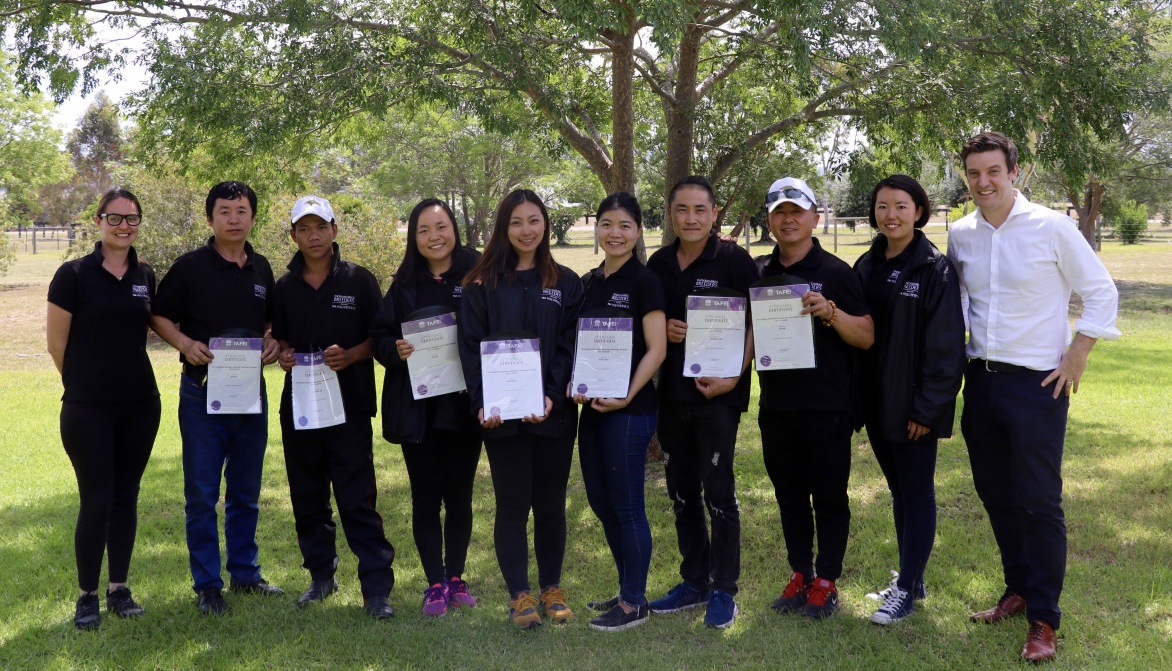