It’s looked inevitable for a while now, and it finally came to pass this week: Charlie Appleby is now the highest-ranked racehorse trainer in the world.

The 43-year-old Godolphin conditioner landed two G2s at Meydan last Thursday - via Blue Point and Poetic Charm - to end Bob Baffert’s short stint at the top of the TRC Global Rankings. He ascends to the summit with a three-point lead over the American and looks sure to extend that advantage over the next few weeks as the Dubai Carnival builds towards the lavish World Cup card on March 30.

Baffert, and fellow American Chad Brown, who is tied third five points further back, are likely to have pretty strong hands themselves as the Road to the Kentucky Derby steps up a gear Stateside, but they are unlikely to be able to keep pace as the new leader plays a series of aces at Meydan. He has eight runners in the three Group races there today, for instance.

Aidan O’Brien, for so long dominant at the top of the standings, is now in a share of third with Brown and is likely to slip further before his first runners of the season in Ireland hit the track at the end of next month. With the firepower now at Appleby’s disposal, O’Brien will have a hard time making any inroads even then.

Appleby is the most efficient trainer among the world’s elite, as the table below - unique to TRC Global Rankings - of head-to-head records of the world’s top 20 trainers shows. They are ranked by the percentage of wins. 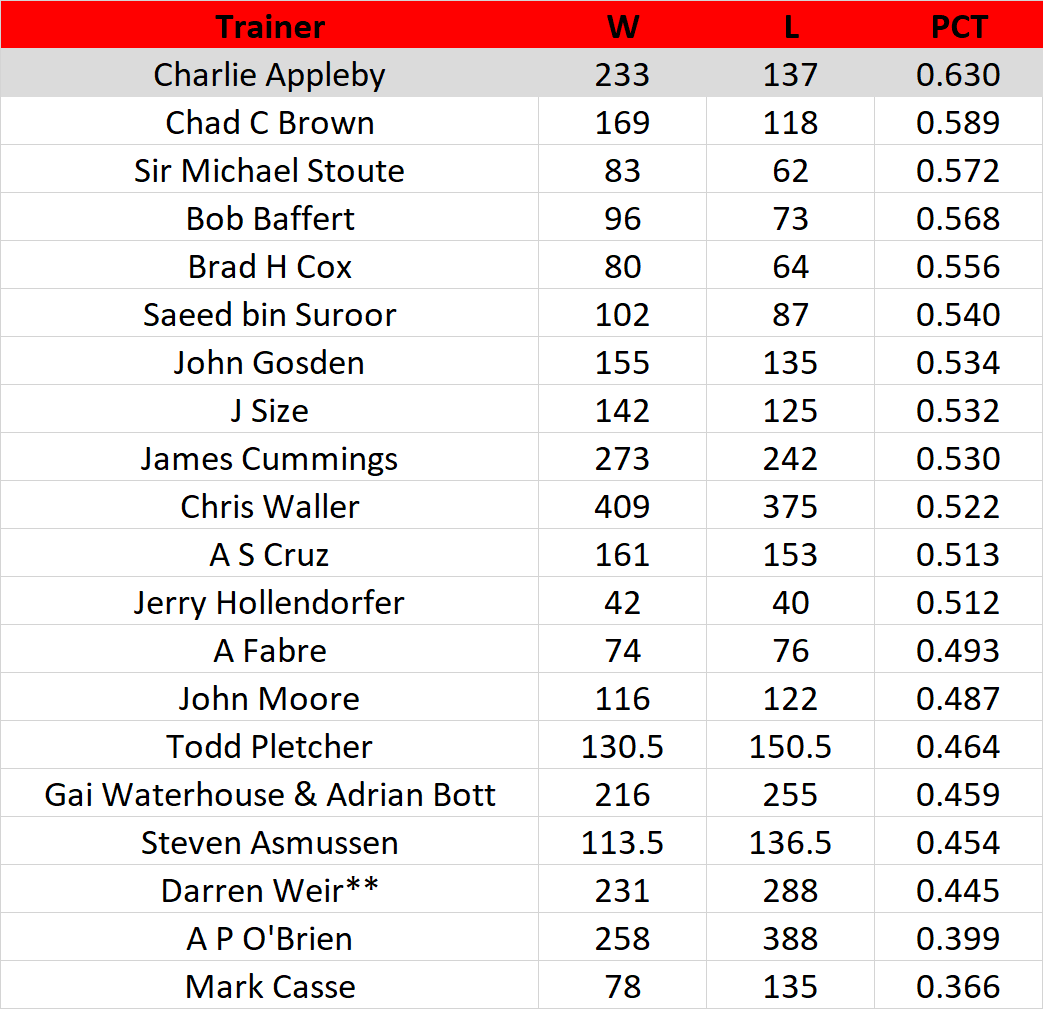 Further evidence of why Appleby’s horses are the hardest to beat in the world on average comes from the aggregated chart below of Group and Graded results since July 1. Note his strike rate.