David O’Rourke describes the last few months as “something like a sci-fi” movie. 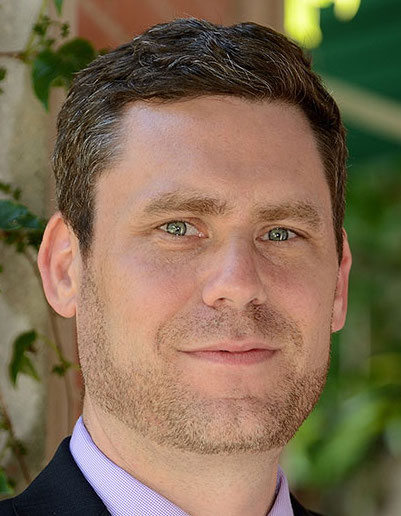 The CEO of the New York Racing Association, O’Rourke (pictured) hadn’t yet marked his first anniversary in the position when he was thrust into a maelstrom of a public health emergency, a financial crisis, and zero certainty about the future, both immediate and long-term.

On March 7, Aqueduct Racetrack hosted the G3 Gotham Stakes, a Kentucky Derby qualifier. In the paddock that day, hugs were eschewed for elbow bumps as early concerns about Covid-19 were seeping into public awareness; five days later, such protocols were no longer a concern because NYRA announced on-site customers would not be permitted at the racetrack in Queens, which is six miles from Elmhurst Hospital, a facility that made headlines in late March because six patients had died from the virus in a 24-hour period.

Elmhurst’s zip code had one of the highest infection and death rates in New York City, and, on March 19, the virus hit the backstretch at Belmont Park, leading NYRA to announce the immediate and indefinite suspension of racing.

“That first month,” said O’Rourke, “our main concern was, ‘How do we handle people that are unwell?’ We had to get people tested, set up isolation dorms, make sure that people had food and clean clothes. And I’m proud of how we handled it. We worked daily with the New York Race Track Chaplaincy and Backstretch Employee Service Team.”

Having adjusted to the initial, urgent crisis, O’Rourke, the NYRA board, and other executives were still faced with the problem of a complete shutdown of business. They couldn’t host simulcasting, and the casino at Aqueduct, which generates significant purse money, was also, and still is, closed.

While NYRA was eligible for and received financial relief from the federal Payroll Protection Program, the company nonetheless had to implement furloughs, some rolling, some long-term. Salaries were reduced.

“A large part of our workforces is completely customer-facing, and those aren’t positions we could really re-assign elsewhere in the company,” said O’Rourke. “Salary reductions were scaled according to level: my salary took the largest reduction, then executives, and so forth. As we bring people back to the track, we’ll be able to roll back those reductions. We can’t ask someone to work in the current environment and take a pay cut.”

When it came time to adjust purses, the same model applied.

“It’s important to keep the ‘bread-and-butter’ racing going,” he explained. “So we reduced allowance purses 15 percent, state-bred races by ten percent, and claiming races by five percent. We wanted the lowest level to get hit the least.”

Capital expenditures were suspended as part of the retrenchment, but NYRA has been unwavering in committing to one significant expense that some observers have questioned.

“We’ve been asked,” admitted O’Rourke, “‘Why not just stay at Belmont through the summer instead of shifting everything to Saratoga?’”

He pointed out that having a summer meet at Belmont Park isn’t feasible because of the turf courses: they wouldn’t stand up to racing on them from early June to the end of October, a period comprising the current Belmont spring and fall meets.

“We would have had to move operations to Aqueduct,” he said. “If you take a race run at Belmont and run it at Saratoga, because of the Saratoga brand and the exposure we get there, you can raise handle by 50 percent. And, if you take that race and run it Aqueduct, the handle drops. When you consider that we generate purses from handle, and the TV coverage we get at Saratoga, it’s always financially better to run at Saratoga.”

He asserted that that would be true this year as well, even though it seems likely that hundreds of thousands of people who normally place bets at Saratoga (this year’s meet starts next Thursday - July 16) will be watching from home.

NYRA has submitted a proposal to the state gaming commission with protocols that would allow owners to attend when their horses are running and that would allow on-site customers, O’Rourke conceding that the latter is something of a longshot.

“Three weeks ago, I was quite confident that we’d have customers at Saratoga at some point,” he said. “Now, I’m not so sure.”

Covid-19 infections in New York State have dropped significantly: in April 10,000-plus daily positive tests were not uncommon, and those numbers are down to around 500 a day. From a high of nearly 800 deaths a day in early April, daily Covid fatalities are generally under 20 now.

But, with the infection rate skyrocketing in other states and the knowledge that an open Saratoga Race Course may well attract people from far afield despite a mandated 14-day state quarantine, O’Rourke knows that the last thing NYRA and Saratoga needs is a ‘super-spreader’ event.

“We have a responsibility in bringing activity to the area,” he said, “and we need to reduce risk to the greatest extent possible. We don’t want to set anything backwards. We take our community citizenship seriously. We want to be in Saratoga, it’s important for us to be there, but we also want to be cautious and prudent.”

NYRA’s proposed protocol for having owners on site is to use the clubhouse box seats and lower porch, assigning boxes in every other row and at least every other box, and limited hospitality available.

If on-site customers are eventually permitted by New York State, they would be assigned a picnic table in the backyard. Though the backyard can accommodate at least 800 tables, the number would likely be reduced to around 300, available through a lottery.

And, even if the state grants permission, NYRA will need at least two weeks to hire and train staff, as even veteran employees would need additional training in Covid protocols.

While NYRA is operating with greater certainty than it was a couple of months ago, plenty of unknowns loom. Given the apparent risk of having large groups of people in enclosed spaces, the opening of the casino at Aqueduct seems unlikely any time soon. Many epidemiologists predict more infection outbreaks in the fall. A number of states are pulling back on opening businesses. All of these factors can affect handle, and thus the purse account and the purse reverse.

“We’re obviously not going to be profitable this year,” said O’Rourke. “We’re working on the Belmont fall meet right now, and, depending on what happens, we might have to have less racing. This is a tough time for everyone, and we have to adjust our business to the reality of where we are.”