There are numerous examples of studs excelling as either flat or National Hunt operations. It isn’t often, however, that both work in harmony. Haras de Montaigu, owned by Aliette and Gilles Forien, is one of those studs. Based in Normandy, it has tasted elite success under both codes, whether as a producer of top-class horses or as home to some of the most desirable stallions in France.

At one time, that particular mantle was held by Kendor, now an increasingly influential element within pedigrees. Today, it is assumed by the highly respected dual-purpose stallion Martaline, for whom there is already a waiting list for 2018.

That isn’t so surprising when it is considered that Martaline heads into the week’s four-day Cheltenham Festival, which starts today, with 11 entries at the time of writing, among them recent G1 Flogas Novice Chase winner Disko, a strong fancy for various novice chases, and exciting bumper prospect Carter McKay.

Now 18-years-old, Martaline sits atop the current Montaigu stallion roster, which also comprises Literato, a proven G1 sire on the flat, G1 winner Prince Gibraltar, who was offered at auction by the stud as a yearling, G3 winner No Risk At All and new recruit Night Wish, a G1-placed son of Sholokhov.

Not just a stallion operation

Montaigu isn’t just a stallion operation, however. In the course of over 100 years, the farm has raised and sold a host of high-class horses, ranging from the 1972 Prix de Diane heroine Rescousse to more recent G1 winners such as Recital, French Fifteen, Ask For The Moon, Lily Of The Valley, Belle Et Celebre, who was one of four stakes winners out of Montaigu’s excellent producer Rotina, and Prince Gibraltar.

The stud has remained in the same family ownership since it was established in 1903 by perfumier Gabriel Guerlain, then at the helm of The House of Guerlain. Developed on land purchased from the Duc de Narbonne’s estate at Montaigu, it was subsequently passed down through the Guerlain generations; Jacques Guerlain inherited the property in 1933 and nine years later passed it on to his son, Claude, who handed it to his daughter, Aliette Forien, in 1984. 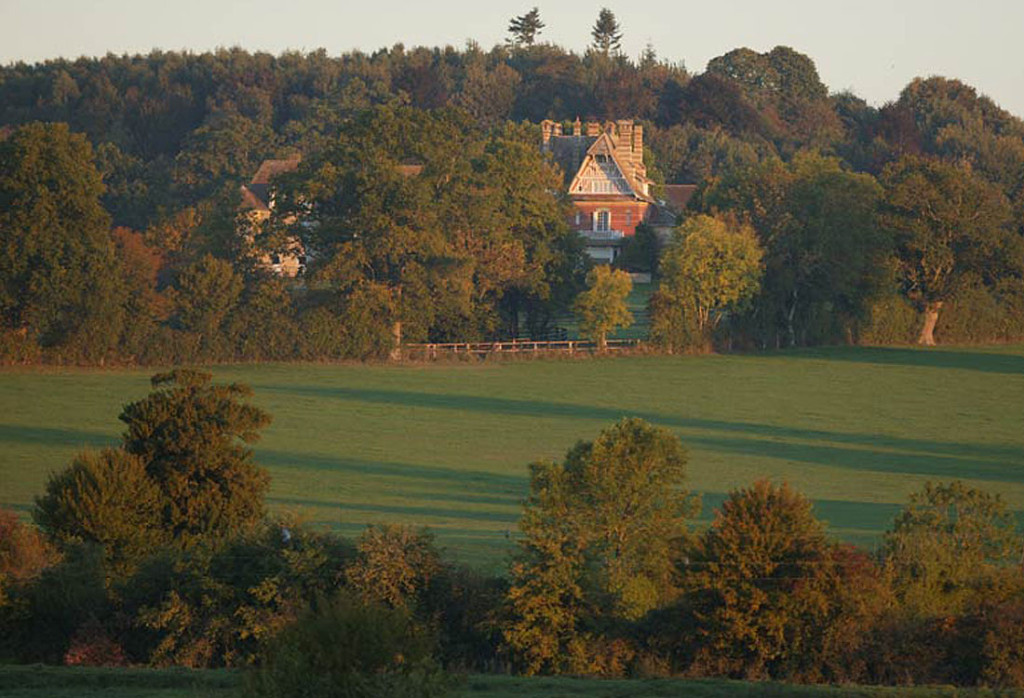 With the support of her husband, bloodstock agent Gilles, Forien developed the stud with an eye towards a commercial future by welcoming new clients and launching a stallion division. Today, they are assisted by daughter Sybille Gibson.

“The stud has around 150 horses in peak season,” explains Gibson of Montaigu, which up until last year was known formally as Haras de la Reboursiere et de Montaigu. “The private part of the stud is La Reboursière, which has Mr and Mrs Forien’s own mares. The stallions, yearlings and clients’ mares are with Haras de Montaigu.

The emergence of Kendor

“We send around 20 mares abroad every year, both ours and clients. But we also receive more and more mares from abroad to be covered by French stallions.”

Naturally, such a long history has provided a series of high points, but arguably the most significant came with the development of a stallion division that gained legs through Kendor.

Kendor was the champion French 2yo of 1988 by virtue of wins in the G1 Gran Criterium and G3 Prix de Cabourg, and returned at three to capture the Poule d’Essai des Poulains in record time. He was by leading French sire Kenmare, whose sire son Highest Honor was then firmly in the ascendancy, and so also owned the background to become an interesting option for French breeders.

So it proved. Kendor sired 34 stakes winners during his 17 years at Montaigu, including three at the top level in Charges d’Affaires, who famously burst the bubble of Xaar in the 1997 G1 Prix Morny, Lockinge Stakes winner Keltos and the 2007 Champion Stakes winner Literato, who fittingly took the place of his sire at Montaigu in 2009.

Literato and Haras de Colleville’s Kendargent are currently doing their bit to ensure the immediate survival of the line, one which suffered a blow when Charges d’Affaires and Keltos each struggled with their fertility. However, Kendor has also become a particularly successful broodmare sire, as Gibson explains.

A tough son of Linamix

“Kendor was a very important purchase,” she says. “He was a champion on the track and a top sire. Now he is considered as a leading broodmare sire. The best Reboursière mares are by Kendor. He is from the exceptional sire line of Grey Sovereign and his success continues with his sons Kendargent and homebred Literato.

“We also had Nikos, who stood alongside Kendor at that time. He was an excellent National Hunt sire and a very good broodmare sire.”

Martaline arrived at the stud in 2005 as the winner of five races for his breeder, Prince Khalid Abdullah. Entrusted to Andre Fabre, he developed into a reliable stayer who hit his stride as an older horse when successful in the G3 Prix d’Hedouville and G2 Prix Maurice de Nieuil.

Martaline never cut it at G1 level, but he was a tough son of Linamix, now an emerging force in jumps breeding, and hailed from Juddmonte’s powerful Bahamian family, also responsible for Oasis Dream and Beat Hollow. Indeed, he is one of three G1-producing jumps sires out of the Sadler’s Wells mare Coraline, alongside his brother Reefscape, whose only foal to emerge out of a brief fertility-challenged stint at stud was the G1-winning hurdler L’Unique, and G1-winning half-brother Coastal Path.

Only last month, Martaline and Coastal Path were represented by G1-winning jumpers on the same Leopardstown card when Disko, one of six G1 winners by Martaline, obliged in the Flogas Novice Chase and the Coastal Path gelding Bacardys took the Deloitte Novice Hurdle.

“Martaline was strong, sound and very good looking,” says Gibson. “He is from one of Juddmonte’s best families. André Fabre himself suggested that he would be a successful National Hunt sire.

“He was a very easy sell to breeders because he was so good looking and his pedigree is amazing.” 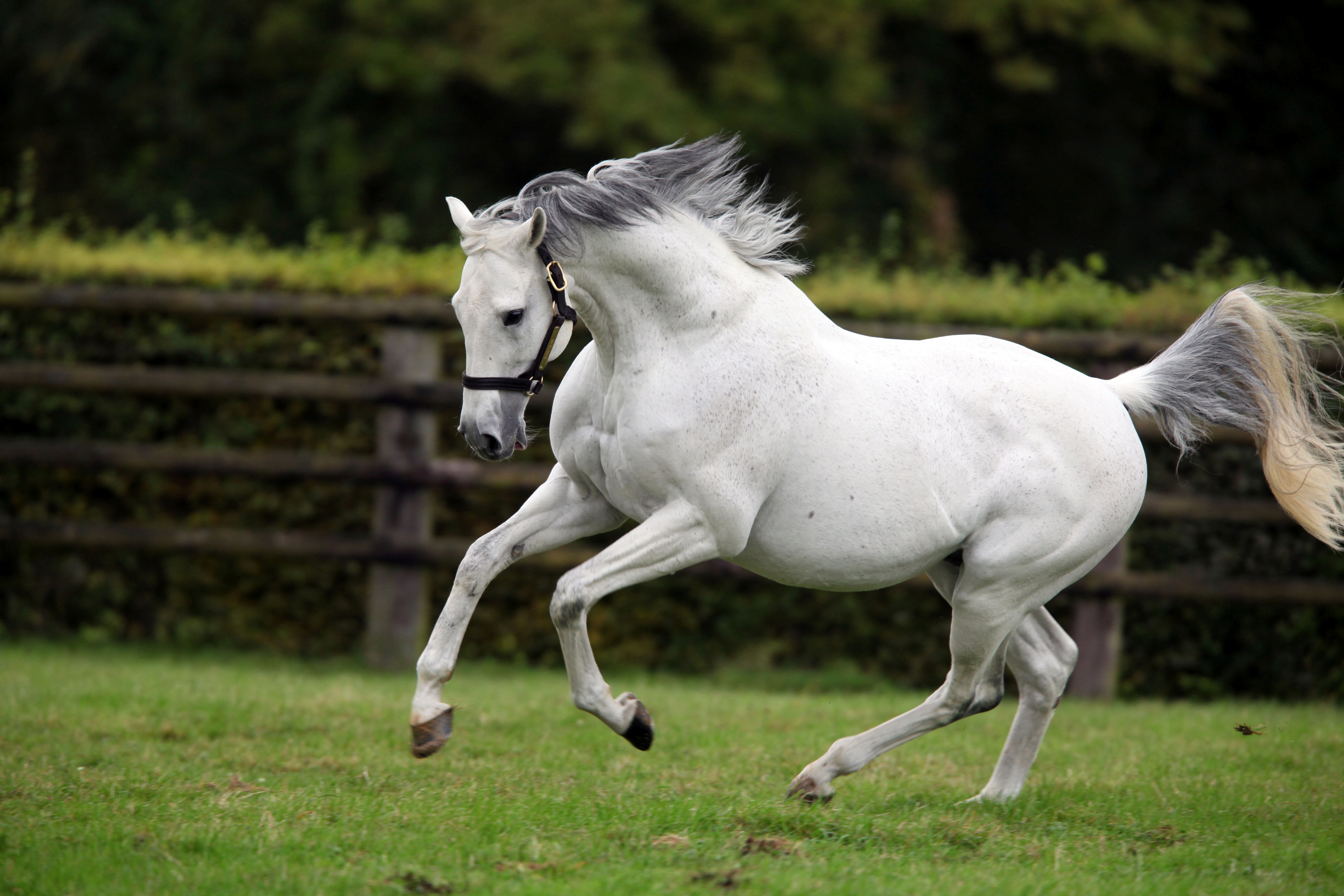 Martaline was installed at €3,500 upon his retirement, and Montaigu’s investment was swiftly rewarded when he sired Akarlina, a dual G3 winner on the flat, in his first crop. Those early crops, however, also came to include Cheltenham Festival winners Dynaste, an admirable chaser for David Pipe who won the Ryanair Chase, and Very Wood, winner of the Albert Bartlett Novices’ Hurdle.

The stallion is also responsible for other top jumpers such as Agrapart, this season’s Relkeel Hurdle winner, and G1 Prix Ferdinand Dufaure winner Kotkikova, in addition to Disko. Today, he commands a fee of €15,000.

This year’s Cheltenham charge is led by Disko, who is best-priced at 5-1 to score on Thursday for Noel Meade in the G1 JLT Novices’ Chase. Agrapart could head to the G1 Stayers’ Hurdle while Poker Play, a recent French import for David Pipe, looks to hold a live chance in the G3 Fred Winter Juvenile Handicap Hurdle. Hopes will also be high for Carter McKay, an 11-4 chance for Willie Mullins in the G1 Champion Bumper on Wednesday following his wide-margin victories at Leopardstown and Naas.

“His stock have class,” says Gibson. “They are elegant bay or grey horses with plenty of bone and a good temperament.”

Naturally, his progeny have become a target for buyers in Britain and Ireland.

“They adore him,” says Gibson. “We could have sold him several times to Ireland but we resisted!

“We’ve already opened the 2018 waiting list. He is 18-years-old now and still in tremendous form. But he won’t cover more than 120 selected mares this year.”

Martaline’s early years at the stud coincided with that of Turtle Bowl, who sired G1 winners French Fifteen and Lucayan out of his first crop before selling to Japan.

Another quick off the mark was Kendor’s son Literato, although he has had to make his name from small crops bred off low fees. Born at Montaigu and sold as a yearling by the stud to his original trainer, Jean-Claude Rouget, Literato landed the 2007 Champion Stakes before an unproductive spell with Godolphin. He was subsequently acquired by the farm as a stallion prospect and went on to sire G1 Garden City Stakes winner Alterite out of a first crop of 34.

“Literato was certainly underrated until this year and it was a shame,” says Gibson of the stallion, whose subsequent crops numbered less than 30 foals and stands for €3,000. “But his exceptional 2016 season [when he sired the winners of over €760,000 in France] and his excellent start of 2017 - he already has seven winners - has caught the interest of more and more breeders.”

G1 Criterium de Saint-Cloud winner Prince Gibraltar is already guaranteed greater help from the ground having covered 77 mares during his first season at €5,000. “Eight have been born,” says Gibson. “Seven of them are colts and they are all bay, very correct and good looking.

More in the dual-purpose mould is G3 winner No Risk At All, a My Risk half-brother to the short-lived but successful jumps sire Nickname. His first crop turned three this year.

“He is from a top female National Hunt line,” says Gibson of the stallion, who has covered over 130 every season since retiring to stud. “A number of his offspring have already been sold to England or Ireland and trainers are pleased. [Leading French jumps trainer] Jean Paul Gallorini has eight of them and he’s very confident. We’re looking forward to the first runners!”

Gibson adds of Montaigu’s new recruit, the G3 Grand Prix de Vichy winner Night Wish: “He is a strong, magnificent looking German horse. He has an excellent maternal family being a full brother to champion Night Magic but also a very attractive National Hunt pedigree as a son of Sholokhov, sire of G1 winners under both rules, and Night Woman, whose sire Monsun is a leading National Hunt influence. He has been very well received.”

When Gibson takes over the reins at Montaigu, she will become the fifth generation of her family to do so.

“Montaigu will continue to invest in new mares and stallion prospects,” says Gibson. “It’s true that, with the premiums system offered to the breeders, people from abroad like to board with us. We are always open to receiving new clients, and we pride ourselves on good client relations.”

This is a stud in rude health. Yet, with its reputation, also comes the possibility of opportunities for greater success under both codes. There is no better arena to achieve that than the Cheltenham Festival and, as the home of Martaline, Montaigu would seem poised for a good week.