In 2014, New Zealand businessman Chris Thompson decided to invest in a couple of broodmares to boost his Thoroughbred interests. He had already been involved with Thoroughbreds for about 30 years, breeding and racing a few and on-selling them out of Alan Sharrock’s stable in New Plymouth near his Taranaki base on the North Island.

But, with the desire to breed a few more, he purchased four broodmares and on Saturday two of those mares have sons running in the G1 Vodafone New Zealand Derby at Ellerslie.

They are the Avondale Guineas winner Gingernuts, a son of Iffraaj, and the lightly raced dual winner Excalibur, a son of Tavistock.

“It’s really exciting. Who would have thought at the time I bought those mares that they would have ended up with Derby runners in the same year?” said Thompson, who trades under the banner of Kaipikari Thoroughbreds from his 11-acre property.

“The Derby outcome aside, they have already proved to be very good investments, as I sold the brother to Excalibur for NZ$100,000 and the brother to Gingernuts for NZ$90,000, both through the Gavelhouse website.

“I decided to try buying reasonably bred mares from stud dispersals, and, as it has turned out, it is actually a very cost effective way of breeding.” 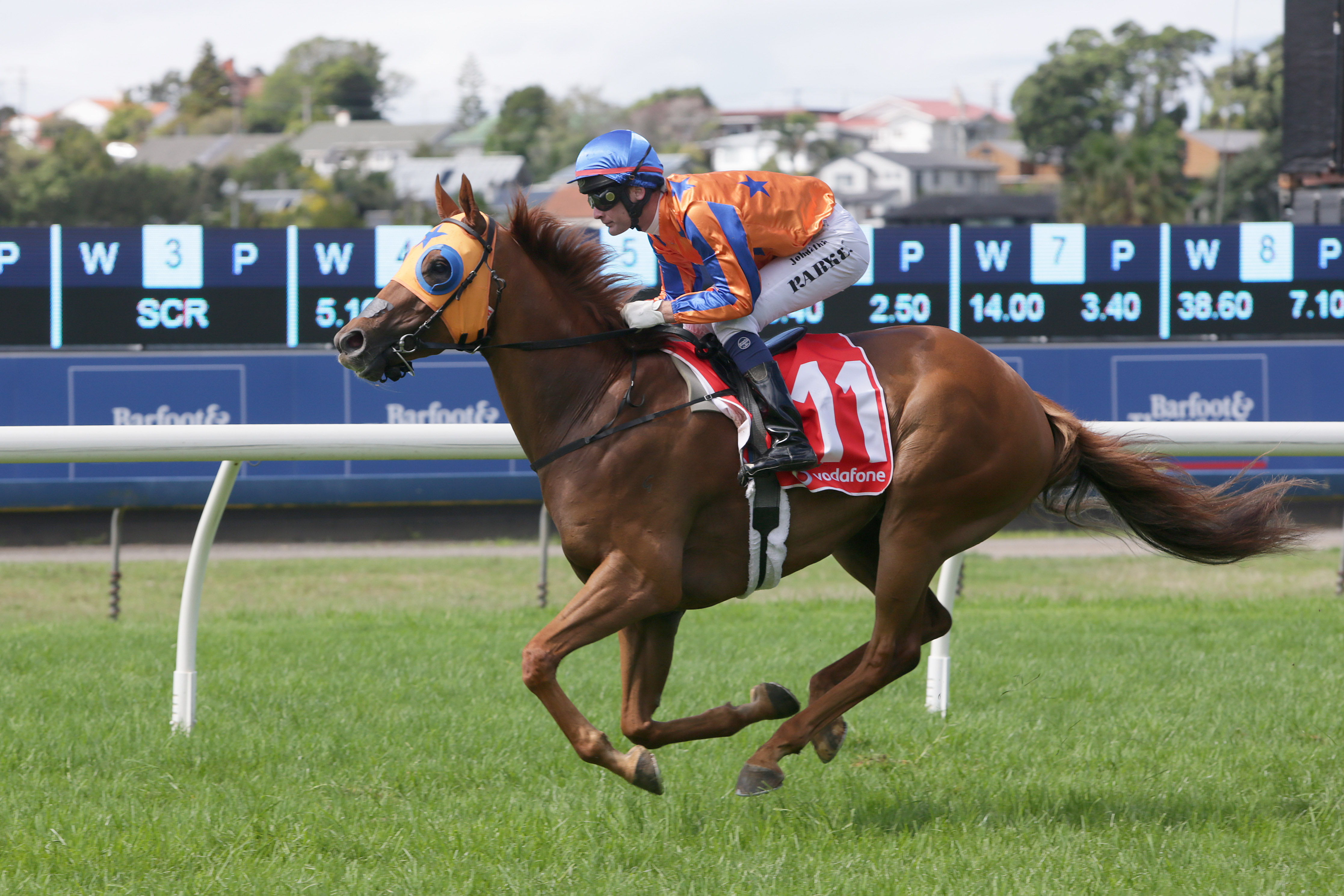 Thompson paid just NZ$2,000 for Excalibur’s dam Strabelle, a winning Stravinsky mare who had already left a winner in The Cannon after she was passed in at the NZB Winter Mixed Bloodstock Sale. She was in-foal to Tavistock, who has subsequently become one of New Zealand’s most sought-after stallions, and produced a colt.

(Tavistock, incidentally, is now up to #39 in the TRC global sires’ standings after the victory of his son Werther in the G1 Hong Kong Gold Cup at Sha Tin on Sunday.)

Unfortunately for Thompson, he didn’t breed another foal out of Strabelle and she has since died.

At the same sale, Thompson secured Double Elle, the dam of Gingernuts, for NZ$3,000, from a Goodwood Stud dispersal.

“I bought Double Elle in foal to Iffraaj when Gingernuts was just a yearling. I sold the full brother to Te Akau via Gavelhouse and I have kept a ten percent share in him. We named him Griffin and he is not unlike Gingernuts physically, but according to Jamie Richards [co-trainer] he is more forward than Gingernuts was at the same time. He has had a few trials and will be an autumn 2-year-old.”

When Thompson bought Double Elle she hadn’t left a winner, but since his acquisition the mare’s earlier offspring — Runway and Rideitlikeustoleit — have won three races apiece.

“Double Elle has a beautiful Jakkalberry filly foal at foot. She is a lovely bay and she is back in foal to Jakkalberry but that foal belongs to Luigi Muollo of Novara Park.

“One thing is for sure - I will be at Ellerslie on Saturday. I swore I would never go to a Derby until I had a runner, but this is as good as having a runner,” Thompson said.