Few people buy a new car without the evidence of a test drive, and this situation is an analogue for the sale of racehorses as yearlings. Breeze-Up sales, which typically take place after horses have turned two, provide buyers with the opportunity to view a horse at the gallop, and even time it over two or three furlongs.

So, why aren’t breeze-up sales more popular? Why are some horsemen and agents biased against them, owning a set of prior beliefs that the preparation of horses for breeze-up sales places unfair stress on them and is detrimental to their subsequent careers?

The answer is the same one common to many questions in racing, some which the sport has finally woken up to answering, others which will take much longer to reach general acquiescence: lack of proper data analysis. Compared to other sports, racing has been woefully slow to augment traditional methods with those provided by modernity.

When the graduates of breeze-up sales in Britain and Ireland are compared with horses from the same generation sold only as yearlings, it turns out that the two cohorts have careers which bear very similar dimensions. Traditional thinking just doesn’t stand up to the evidence.

The dataset comprises more than 2,000 horses sold at breeze-up sales since 2008 which together have run more than 29,000 times, and the contemporaneous yearling sales graduates with which they are compared. 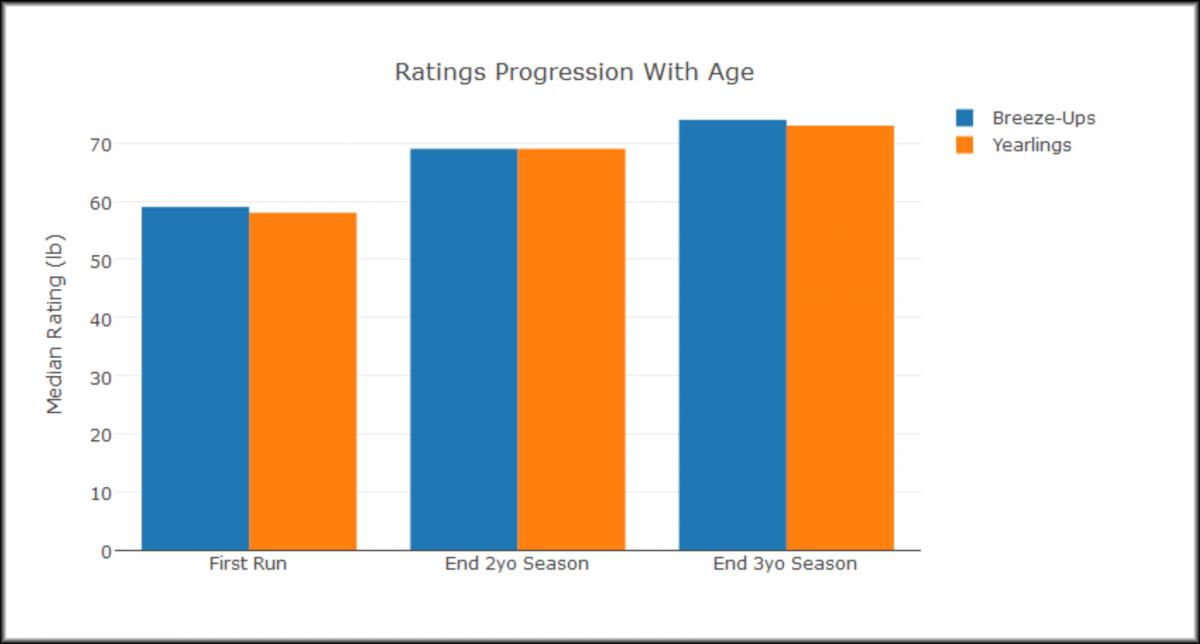 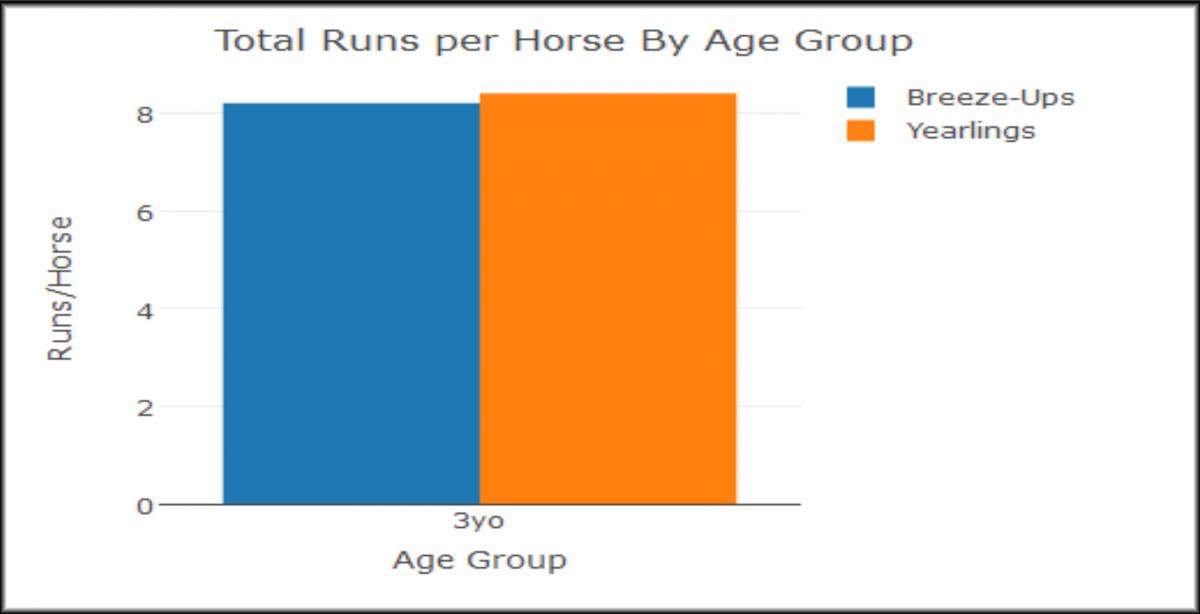 Well, the U.S. publisher Arnold Glasow had it right when saying: “The fewer the facts, the stronger the opinion.” In other words, in the absence of cold, hard data, it is much easier for misinformation to propagate.

The disjoint between popular opinion on breeze-up sales and the facts is the result of a now-well known trait called confirmation bias. In trying to make sense of the world in the absence of data, humans tend to construct subjective methods of understanding, called heuristics. One of these, confirmation bias, is the tendency to construct a set of prior beliefs over some matter or another, then persistently seek evidence to affirm them.

In this case, it is perfectly true that some breeze-up horses pull hard, don’t see out five furlongs and fail to progress. But that’s also true of horses sold at yearling sales too. The difference lies in interpretation: in the first case, the sale preparation is to blame, in the second it tends to be only the horse. “Typical breeze-up horse” is the first thing insiders tend to exclaim when a graduate of breeze-up sales disappoints. But it is not a fair assessment.

It’s true that the majority of horses who win classics and G1 races won’t have been near a breeze-up sales, but that’s only because most expensively bred or home-bred horses don’t go through the process. Observing a correlation between G1 winner and sales venue isn’t the same as finding proof of a causal link: it isn’t the breeze-up preparation which is responsible when the Derby winner isn’t a breeze-up horse, it is the lack of sons of Galileo at breeze-ups!

Yet, breeze-up horses still become Group and Graded winners at an impressive rate – and not just in sprints. How about Ascot Gold Cup winner Trip To Paris, for instance, or top-class middle-distance horse The Grey Gatsby? And the Dubai World Cup runner and dual Grade 1 winner Mshawish also passed through the ring at the Arqana Breeze-Up in France.

The collated returns at Group and listed level for the sample stated above is given in Figure 4. There are more than 150 Group and Listed winners in the data - some five percent of all breeze-up horses who appear, while three times this percentage earn black type.

When you think about it, it should hardly be a surprise that breeze-up horses meet and exceed the expectations for all young horses in general: they have had to pass through various filters, such as having the physique to stand pre-training, the mentality to accept schooling and, among those who are subsequently popular in the ring, the ability to run fast and/or move linearly and well to the eye.

Prospective purchasers at the breeze-up sales can study videos, take split-times and observe the behaviour of each lot before and after exercise. If you end up buying a horse who doesn’t run more than three furlongs or who burns out, the chances are the clues were there. It pays to study the record of consignors, most of whom are highly skilled “trainers” of a young horse themselves, and to make an ad hoc estimate of the proficiency and dimensions of each rider. Those highly proficient in these areas will consistently find value.

Data mentioned in this article is taken from the open-source website breezeupwinners.com, to which the author contributes.