In a rapidly changing racing world, a glimpse of the future was captured in the 1min 58.81secs taken to run Sunday’s FWD QEII Cup over a mile and a quarter at Sha Tin in Hong Kong. Two Japanese horses and two locals filled the first four places in a race that lived up to its billing as among the most competitive ever run in this special administrative region of China.

There are two elements to the crystal ball claim — one is the origin of the horses involved, and second, the way the 2,000-metre (1m2f) race was run. It was helter skelter from the moment the gates crashed back, with almost half a second being knocked off the track record. That is the way championship races should be run.

The winner, Win Bright, a 5-year-old grey entire by Stay Gold, came to Hong Kong off the back of two wins in Pattern company at Nakayama, credentials that looked a little flimsy against some of the big guns. But, this stocky, rounded athlete had taken the eye of many track watchers during the week and victory was fully anticipated in certain quarters.

Jockey Masami Matsuoka has had a long association with the winner, stretching back several seasons. Matsuoka, 34, valued the three months he spent with John Oxx in Ireland in 2006 before notching over 800 winners under JRA rules.

Second home Exultant, the established star of Hong Kong’s middle-distance ranks, turned in another excellent effort, failing by just three quarters of a length, with a short head back to classy Japanese mare Lys Gracieux, a daughter of Heart’s Cry and one destined to collect a ‘major’ on the international circuit.

Fourth Glorious Forever, winner of the Hong Kong Cup at the international meeting in December, continues to run consistently, and already looks more adaptable than his older brother, Time Warp (who led the field and injected the speed before fading).

So, in terms of world-class racing, that is the glimpse, the sneak preview of what it may be like at the top in the next decade. Hong Kong owners regularly pay between US$1m and US$2m for equine talent in Europe and Australia, with an urgency to acquire the best fuelled by incredible prize money offered at every level.

Japan has invested billions in a breeding industry based on bloodlines of the elite classic families of Europe and America that is consistently producing racehorses of international calibre. Combine both strategies and the natural conclusion is that Asia has the biggest potential for growth in global racing. The infrastructure and the money is already there, the quality is already being drawn or created there.

Of course, the horse rated the world’s best miler, Beauty Generation, also took a starring role on Hong Kong’s FWD Champions Day card, and again excited his adoring fans with another dazzling display in winning the Champions Mile by a length and a half.

It is not through a lack of respect that I did not lead this report with news of this true champion’s triumph. It is that he did everything that was expected of him with great style, authority, and a touch of arrogance. He is streets ahead of his local rivals, and his starting odds, HK$10.50 for a HK$10 outlay (20/1 on) were indicative of that.

Owner Patrick Kwok Ho-chuen favours staying at home, and who can blame him with the money offered locally? Yes, Royal Ascot has the Queen and huge prestige, but even the Berkshire course’s enhanced prize money structure pales alongside that of Hong Kong.

Mr Kwok is keen to chase the record of local hero Silent Witness, who won 17 races on the trot. Beauty Generation now has a winning sequence of nine, and, as veteran trainer John Moore admitted: “More pressure on me. I take two heart tablets a day. But to have him in the yard is any trainer’s dream.”

The Chairman’s Sprint Prize, the third big international event on the card at Sha Tin, went to the John Size-trained Beat The Clock, ridden by Joao Moreira, but the race was surprisingly run at a slow tempo early, which made the task of Australian sprinter Santa Ana Lane, a noted swooper, very hard. He did well in the circumstances to finish fourth. 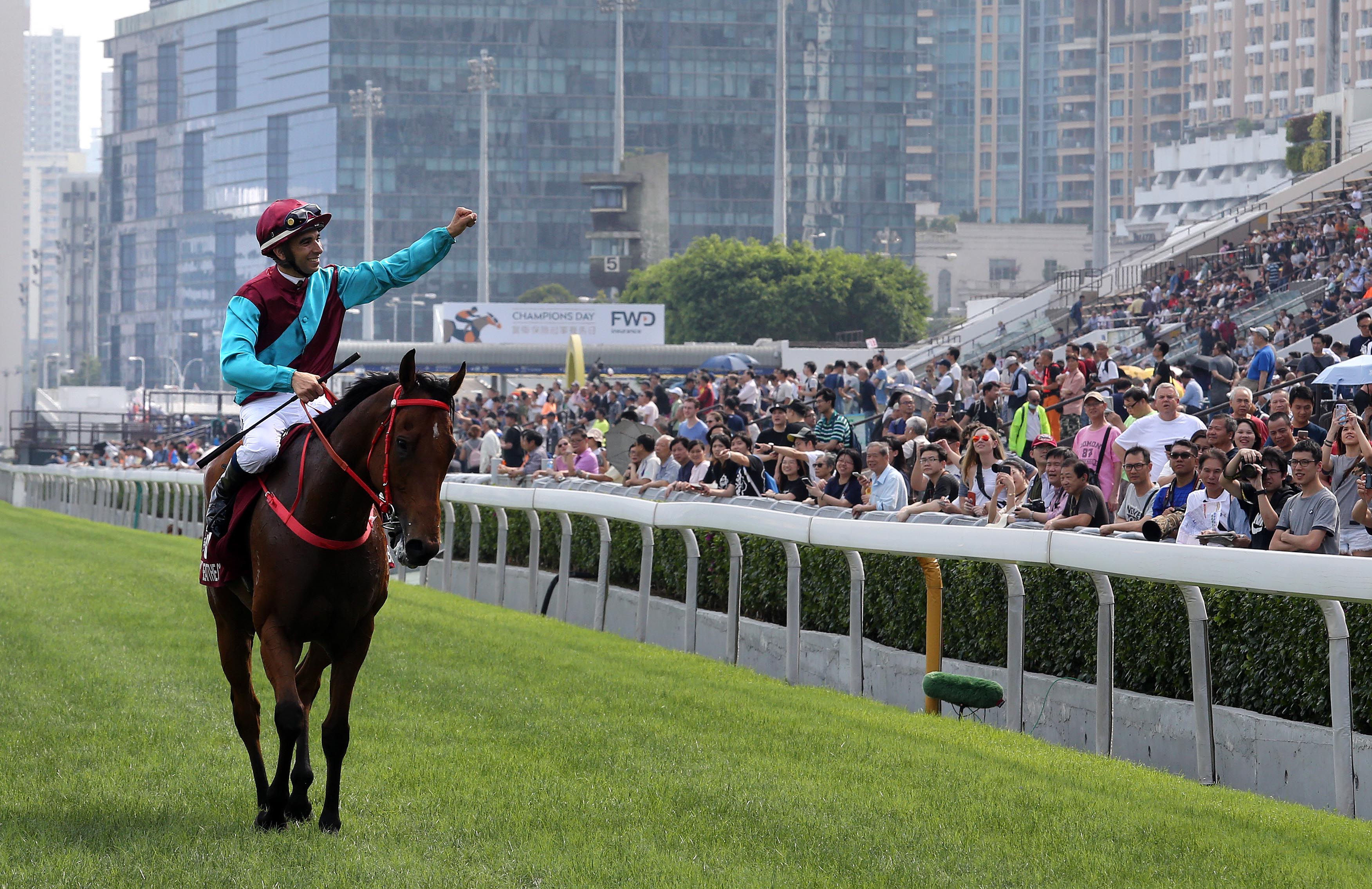 This was the second year all three ‘Champions’ races featured on the same April card. It works well and perfectly complements the Hong Kong International quartet of the Cup, Vase, Mile and Sprint in December.

The QEII had as its origins in a visit to Hong Kong by Queen
Elizabeth II in May 1975. The only race meeting suiting Her Majesty’s schedule was a night fixture on the sand track at Happy Valley — Sha Tin did not open until October 1978 — and before a ‘house full’ crowd of 42,000, outsider Nazakat, ridden by Malaysian jockey Peter Cheam, got the better of Celestial Call, ridden by George Cadwaladr.

The attendance at Sha Tin on Sunday was 44,564, which is healthy in today’s global racing climate. The total betting turnover was HK$1,449m (not much under US$200m). That, too, is an indication of rude health in an environment where racing is thriving.