John Osborne pointed to the green area just outside the window. “We used to play out there as kids,” he said. “Right there. That was our playground.” 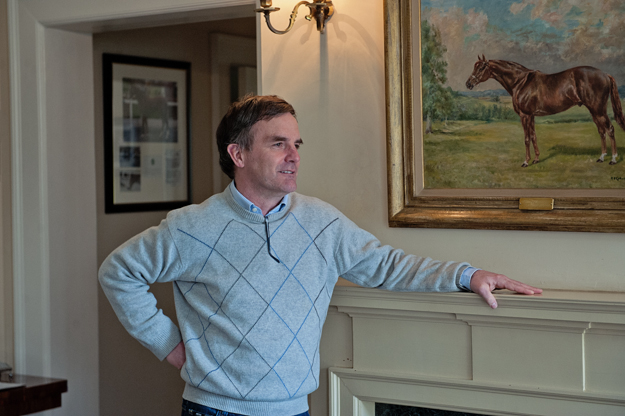 The late Michael Osborne was one of the great visionaries of Irish racing. It was he who introduced the stud management course at the Irish National Stud in 1970, the course that was the forerunner of other stud management and training courses all over the world. He was also integral to the establishment of Sheikh Mohammed’s Kildangan Stud in County Kildare, the stud that is now managed by his son, John’s brother Joe.

As well as that, Michael Osborne was a key figure on the Sheikh Mohammed team that established the Dubai World Cup. It is he who is largely credited with attracting the Allen Paulson-owned Cigar from America to compete in the inaugural running of the race in 1996, a factor that was key to the international success of the race during its formative years.

Of course, the Irish National Stud pre-dates Michael Osborne. It was in 1896 that William Hall Walker bought 1,000 acres of rolling Kildare farmland and created the Tully Stud.  Over the next 20 years, he bred the winners of all five classics, including Minoru, whom he leased to King Edward VII and who won the 1909 Epsom Derby in the monarch’s colours.

A hundred years ago last December, Hall Walker – or Lord Wavertree as he later became – gifted his farm to the government, and it was in 1945 that, after much negotiation, the Irish government took over the stud from the British government.

“The Irish government was faced with a bit of a dilemma then,” Osborne said. “In 1945, in impoverished, post-war Ireland, they had to decide what to do with this gem. It was obviously an asset, but they had to decide how best to utilise the asset in an era in which resources were scarce.”

The Irish government back then – as successive Irish governments have since – recognised the importance of the horse industry to Ireland, recognised that the horse was something at which the Irish people were good. However, the motor car and the tractor were taking over from the horse on Irish roads and Irish farms, so it was in Thoroughbreds that the government saw the Irish National Stud’s future. They had this fantastic farm with no stock, so they bought five Thoroughbred broodmares and a stallion, and started to build for that future.

“The stallion was Royal Charger,” Osborne said, “whom they bought for £65,000, which is the equivalent of about £2 million in today’s money. He is the great grandsire of Roberto, who is the grandsire of two of our stallions today, Americain and Big Bad Bob. So the wheel has turned full circle.”

Roll forward 70 years, and 10 stallions stand at the Irish National Stud now. Because of its very nature, the ethos of the operation is that the stallions are available and accessible to Irish breeders, but it has to be run as a commercial operation as well. Big Bad Bob is here, Famous Name is here, Dragon Pulse is here, Gale Force Ten is here, Americain is new, but, truth be told, Invincible Spirit is the superstar.

In the recent history of the stud, there has always been a shining light, a stallion superstar. In the 1970s, it was Sallust, in the 1980s it was Ahonoora, in the 1990s it was Indian Ridge, in 2000 it was Desert Prince for a few years, and now it is Invincible Spirit. 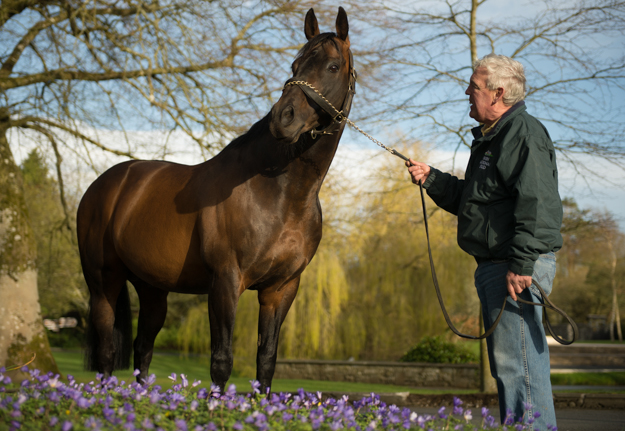 There has only really been one top stallion at any one time. It would be nice to have two or three, but it is essential to have one.

The headline stallions have been paramount to the success, or to the very survival of the stud. When Osborne took over as chief executive in 2010, right in the middle of the Irish recession, just after the Celtic Tiger had returned from whence it came with its tail between its legs, the stud was losing money.

“We lost €2 million in 2008,” Osborne said. “We lost €4 million in 2009, we lost €1 million in 2010. That was a massive haemorrhage of previously hard-earned gains. Also, in the review of state assets by the economist Colm McCarthy in 2011, of all the assets in Irish state ownership, the only asset that he said categorically should be sold was the Irish National Stud.”

Receipts from the sale of yearlings in 2010 was €300,000. Last year it was €1.5 million. That’s a 400 percent increase in the space of five years, and that is impressive in any walk of life. Things have turned around, and the farm is now in profit again.

“You need an awful lot of luck in this business,” Osborne said. “You have to reinvest, you have to stay in the game. And, if those investments are smart, you have a chance. That was the first thing I said to the board when I took over here -- we need to reinvest and we need to get lucky. It’s a strange strategy, stay in the game until you get lucky, but that’s the reality of this business.”

Of course there is luck, but the key is the smart investment. You have to give yourself a chance to get lucky. Osborne has brought with him a wealth of experience in the bloodstock industry, and a razor-sharp mind. He speaks of the future, the big picture. He speaks about the important and unique place that the Irish National Stud occupies.

“Our stud management course has become one of our greatest assets. We have been taking in 20 or 25 students from all over the world every year since 1970. The Irish National Stud was probably the first place to recognise that you could up-skill people in the bloodstock industry, that working with Thoroughbred horses wasn’t just something that you did when you couldn’t find a job doing something else. Some of the top people in the bloodstock industry have passed through the programme.

“And it’s not just what they learn, it’s what they are becoming a part of. As I say to every group when they start, the group will be friends for life, and they become part of a network that is vertical from 1970 until now. It’s a very powerful entity, it can be a huge door-opener. And it’s a connection to Ireland.”

“At the moment, our income is around 80-20, bloodstock to tourism. But the tourism end is still significant, and we have to continue to develop that. We have Invincible Spirit for now, but we won’t always have Invincible Spirit. We need to make sure that the Irish National Stud is high on the list of places that tourists want to visit.”

To that end, the visit of Queen Elizabeth II in 2011 was massive.

“We never really thought about the fact that she had never been, that nobody had been for 100 years,” Osborne said. “She had used Invincible Spirit, she was actually a client of ours in that sense, but she had never been here. We were delighted when the opportunity arose, but it came about gradually, a lot of preparation went on behind the scenes in order to make her visit as enjoyable as possible.

“It was a great day, it was great to have her here, and I’d like to think that she enjoyed her visit. She even had some downtime during which she could look at stallions, semi-privately. And she knows her horses. People asked me afterwards what did we talk about. We talked about horses. She’s very passionate about her horses.”

Osborne continues to plan for the future. The Moyglare Stud horse Free Eagle, third in the Qipco Champion Stakes at Ascot last October on unsuitably heavy ground and one of the most exciting middle-distance horses in training, is set to stand at the Irish National Stud when he retires from the racetrack.

“We are delighted to be in partnership with Moyglare,” said Osborne. “The negotiations centred around what we could bring to the table, and one of the things Eva Maria [Bucher-Haefner] and Moyglare wanted was to control the colt’s racing career. We are happy with that, and happy that we can give him a good home as a stallion after his racing career is over. We are happy to be the silent partner. They have had lots of offers from other parties, and they decided to come with us. That is massive for us.”

The Irish National Stud’s past is deep and rich, and the future looks bright. There’s that full circle thing again.