In the latest instalment of our series looking at the rise of ownership syndicates around the world, Emmanuel Roussel reports on a promising initiative from the Arqana Sales Agency in France.

Syndicated ownership is such a brilliant idea that it’s a mystery why racing, certainly in France, hadn’t embraced it until relatively recently. Old rules and outdated attitudes were a barrier for a long time -- they still are in many ways -- but the concept has gained considerable momentum in France and most now see it as the way forward.

France Galop’s Owners Department has been spreading the word as much as it could for the last six years and it looks like the message has finally been heard. The department says that, from 18 syndicates registered in 2001, and only 17 in 2005, the numbers have risen to 45 in 2012 and no fewer than 72 in 2014.

“We should end up 2014 with the same figures,” said Katy Menini, the new head of the department. “Trainers and bloodstock agents have long asked for our assistance and we used to reply: ‘Give us a product to market.’ Syndicated ownership is that product and they have now started to work on it.”

Last year, RMC, one the leading French radio stations, and the only one that really covers racing, thanks to the PMU’s subsidies, launched a huge 5,000-share syndicate, at €50 apiece. It was full in a couple of weeks, even though no promise of any dividend was made. A second one is on the agenda.

Yet the most interesting syndicate was launched by Arqana, the major French sales agency, in April 2013.

This did not receive universal approval. Arqana had made tremendous efforts worldwide to attract potential investors to their sales. But managing new owners was the preserve mainly of the bloodstock agents and the trainers. Never before had a sales agency officially taken that kind of role. So it was a groundbreaking call when Olivier Delloye, Arqana’s managing director, launched the project.

“It was a desert,” Delloye said of syndicated ownership in France. “A few experiments had been made but we were still waiting for a deeper change. I had worked a lot with France Galop to make it easier for prospects [prospective syndicate members] to get the nod without having to go through the official police interview process [before approval is given to become an active owner], which I think is inappropriate and unnecessary. However we failed to see the long-awaited blip, so I figured that we could just as well start by ourselves.

“Managing a syndicate is a full-time job and I can quite understand why agents and trainers are so wary of it. It is very time-consuming, and it doesn’t bring huge revenues for a while. It is a long-term investment and that is exactly how we see it at Arqana. It is not a profitable venture, but it is a good tool to recruit new owners, whom we miss so much over here in France.” 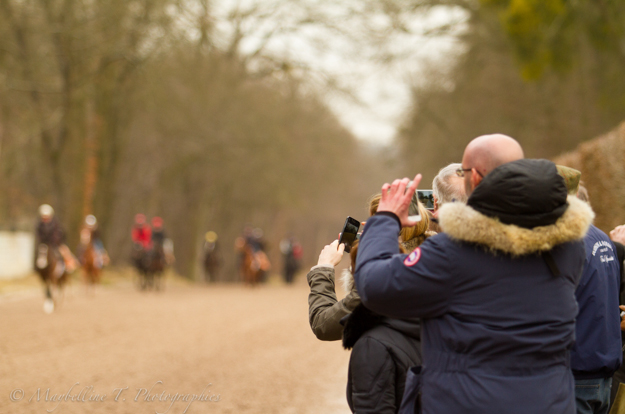 The first syndicate created under the Arqana Racing Club banner, Vendôme Racing, made a promising start when one of the five yearlings purchased – at an average €40,000 - the Nicolas Clement-trained Royal Spring, won a listed race and finished third in a G3. Now a 3-year-old, he’s a promising sort and the 30 first shareholders are hopeful for the coming season.

“We open one syndicate every year, with 30 shareholders paying up front their sole contribution, €20,000 for two years,” said Pauline Boulc’h Mascaret, who runs Arqana Racing Club. It includes the price for the five yearlings, the training fees, and the syndicate’s operating budget. Also included are a dedicated website, regular reports from the trainers, a dozen meetings every year for each syndicate, starting with the signing of the joint venture at Deauville, the purchase of the horses, their naming, and visits to the pre-training yard and the trainers.

“Our second club [Omnium Racing], created this year, has bought four yearlings and one horse in training because we want to offer various experiences to our owners, who originate from France, obviously, but also from Dubai, Canada, the United States, Italy, Greece, Thailand.”

She added: “Every shareholder holds an owner pass for the season, which allows him to enter any normal owners’ stands. It is quite important for them as 75 percent of the first 30 owners who came to us had never had a racehorse before. We also have quite a few who were about to give up because they were disappointed or disillusioned by their individual owner’s experience. Some felt they had been undervalued, left alone in the dark, not respected as they would expect to be when investing in a new hobby. This lighter, all-inclusive option suddenly seemed attractive to them.

“We also give advice to other clubs that have been created by trainers or bloodstock agents and needed a technical support.”

Olivier Delloye added: “My faith in this project is inspired by two main convictions that Arqana Racing Club revealed to me. In France, we tend to focus on our flaws rather than our assets, and the horse racing world is a champion at that. Yet, I have noticed that newcomers are simply amazed by the racing world that they discover with us. Our product is very attractive and we mustn’t forget that.

“Secondly, when you take the time to teach, to explain, when you play the game sincerely and openly, the rewards are outstanding. Whatever happens, the owners are very supportive, as long as they trust you. Our main problem is to find newcomers, however. We miss racing fans in France, we miss crowded racecourses, and one Arc day a year is not enough to recruit new owners.”

The Arqana Racing Club is obviously not the solution to all the problems facing horse racing in France, but at least it’s a start. It shows that ventures like this, when properly managed, can attract newcomers and provide a service to keep them happy.