With ten wins from the last 22 races run at Meydan, Dubai-based trainer Doug Watson has been imperious form over the past few weeks. The American, currently 135th on the TRC Global Rankings, is now 11 clear in the race to win his fifth UAE trainers’ title and has an exciting team to look forward to for the remainder of the Dubai World Cup Carnival, which began on Thursday.

Based at Red Stables, in the centre of Dubai and adjacent to Godolphin’s Al Quoz Stables, Watson started the Carnival with a win, Mizbah scoring in just the sort of dirt handicap that he has farmed during the domestic part of the season.

When asked if being in such good form gives him confidence ahead of the most important stage of the Dubai season, he is unfailingly modest. “It certainly helps,” he smiles. “We’re very lucky to have owners who send us some nice horses.”

Those nice horses include Desert Force, who looks a Group horse in the making after two smooth wins in handicap company. He is owned by one of the yard’s main patrons, Mohammed Khalifa Al Basti, whose bright yellow silks are rapidly becoming a familiar sight in UAE winner’s enclosures. 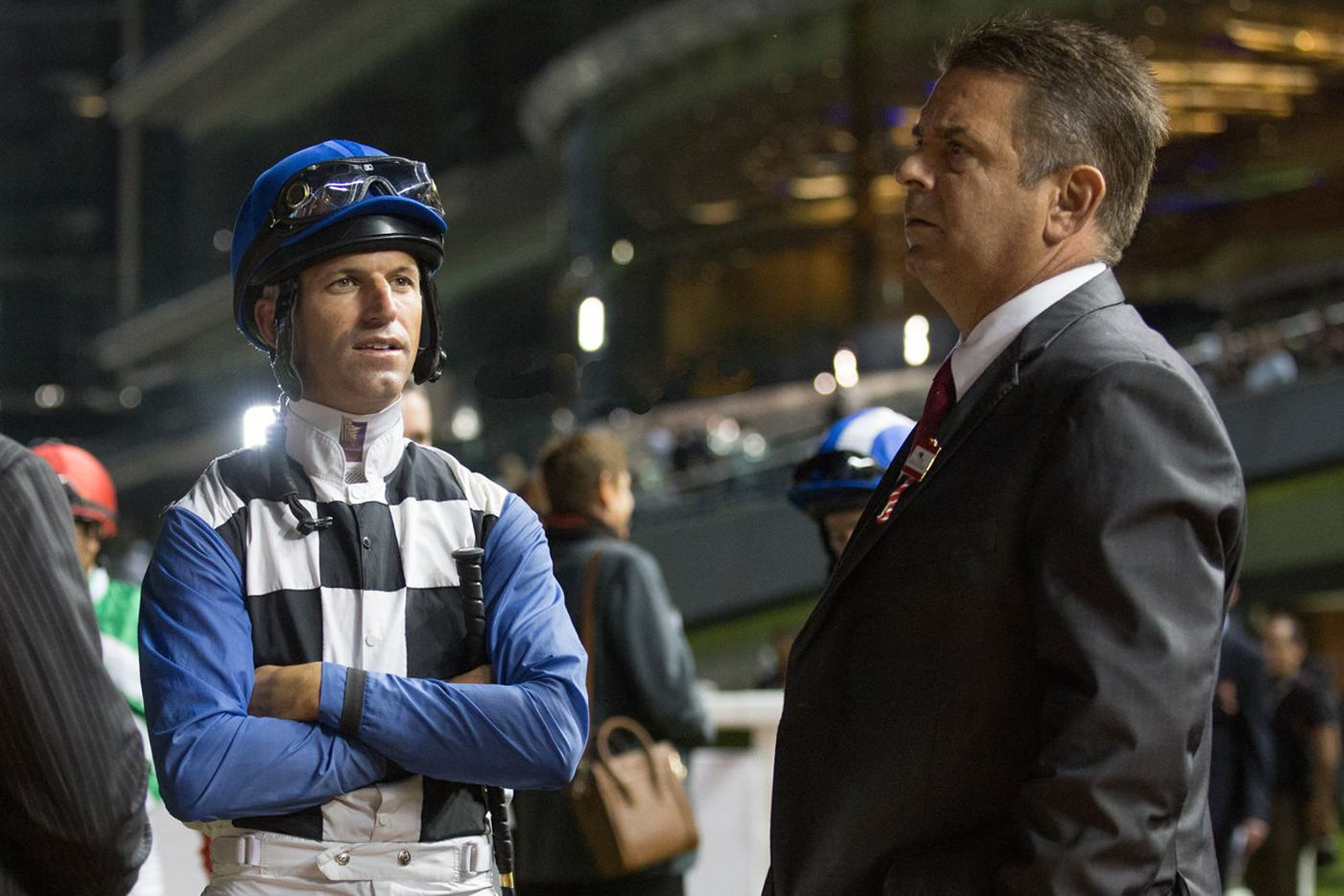 Desert Force, an Equiano gelding who was previously trained in the UK by Richard Hannon, is entered for the listed Dubawi Stakes (1200m) on Thursday. His handicap rating is now 108. “We wanted to run in the 95-105 handicap next week, but he’s rather blown that,” says Watson with a wry smile. “He’s a horse that Pat [Dobbs, stable jockey] has always loved and we always thought he’d be perfect for the dirt.”

Comparisons have been drawn between Desert Force and One Man Band, who provided Watson with a first World Cup card success in March last year after a decade of trying. The Pivotal 6-year-old led home a 1-2-3 for the yard in the G2 Godolphin Mile. It was a notable breakthrough for a trainer for whom luck on the big night had previously been hard to find.

“It’s nice to get the win out of the way,” he says. “We’d been shooting for that every year and it hadn’t come true to that point, so it was a great night.”

A hard time on Tapeta

That win came at the end of a superb 2016 Carnival for Watson, who was crowned leading trainer - de-throning Saeed Bin Suroor - and who also picked up his first UAE classics, the listed UAE 1000 Guineas and the G3 UAE Oaks, with Polar River, a filly he describes as the best he’s trained.

Watson, who moved to the UAE from Chicago, was originally assistant to Kiaran McLaughlin in Dubai, before taking out the licence himself when McLaughlin returned to the States in 2003.

Since then, he has amassed 476 winners from 4,278 runners, enjoying a fine spell in the past two years, in particular, since dirt replaced the Tapeta track at Meydan. “I had a hard time training winners on that,” he reflects.

Always keen to deflect praise, unassuming Watson, 51, points to a “great team” as the reason for his success.

A salaried trainer on the Dubai Racing Club roster, he has nevertheless attracted some notable outside owners, including prominent Canadian Charles Fipke, who has sent over a pair of smart juveniles, and Kildare Stud’s Frankie O’Connor, who owns exciting debutant winner Cosmo Charlie, as well as UAE 1000 Guineas-bound Complimenti, like Polar River a daughter of Congrats.

With ever-strengthening ties to some big names back home, plus an enduring friendship with McLaughlin, it might not be a surprise were Watson eventually to return to the States and follow in his mentor’s footsteps. Not so.

“My job is here,” he says, gesturing to the huge dirt training track which, although next to his yard, must be shared with several other trainers. “Dubai and the Maktoum family have been very good to me.”

However, having sent runners to Singapore in the past, he is far from insular, and does harbour international ambitions. “I wouldn’t mind having a few runners in America, but obviously I couldn’t stay there all summer. I don’t want to train in America per se, my job is here.”

One of the most genuine people around, Watson is also very much a hands-on trainer. He checks the legs of each of his 115-strong string personally before they head onto the training track, where he works seamlessly with long-time assistant Noel Connolly. They look relaxed, but this is serious business and days off, for either, are in short supply during the season. Watson is about as involved as you can get with his horses, and freely admits to getting very nervous when the best ones run.

With success heaping more pressure on the stable than ever, the Carnival won’t be easy for him in that regard. However, with a hardworking team and a wealth of unexposed equine talent, it is difficult to imagine that it won’t be successful.