Racing’s administrators have many preoccupations. Close to the top of their list though – or at least it should be - is the question of how to attract new generations to the most complex and intellectually demanding of sports during an era of contracting attention spans.

This is a particularly difficult task in jurisdictions like Hong Kong, where people under 18 aren’t even allowed to visit the track on racedays.

The British Army devised the structure of the Hong Kong Jockey Club and built it to mirror the structure of a regiment. This has served pretty well since 1843, although many would say the strictly hierarchical structure tends to militate against innovation. All the more surprising therefore that ‘the Club’, as it’s always known in Hong Kong, should have come up with an initiative for projection of the sport that hasn’t really been tried anywhere else in the world (although its originators do give a nod to the U.S. Jockey Club’s America’s Best Racing fan development initiative).

Or perhaps it’s not that surprising considering the HKJC’s surge to global prominence in the two and a half decades since the then Royal Hong Kong Jockey Club under General Guy Watkins (in those days the top man was always a general) instigated the Hong Kong International Races.

The Club has always been conscious of the need to court the world’s media in its now extremely successful bid to establish the former colony, through the medium of the Hong Kong International Races (HKIR), as a global rather than a local force, and more than a few members of the conventional media - that is print journalism and TV - have long enjoyed its hospitality as a result.

But maybe it took an outsider, in this case an American, to spot that the world has changed since 1993 and that the influence of traditional journalism is no longer enough to maintain the required momentum.

No other racing jurisdiction has done quite what the HKJC did this year, which is to import a group of successful tweeters (‘twitterati’ is a commonly used term and will do as a shorthand to describe them) with the specific intention of tapping into the social media phenomenon that is now almost certainly the most powerful opinion former in the world.

If you doubt the assertion in that last sentence, just look at the part played by the new media in political developments in the last three years, from the so called Arab Spring, to the processes of radicalisation, to the rise of Jeremy Corbyn in Britain and Donald Trump in the U.S.A.

In the case of Trump and Corbyn - both would be appalled to find themselves mentioned in the same sentence - the people, that’s to say those of them who pass on their views through social media – have bypassed the traditional media, which in Corbyn’s case formed a solid phalanx of scorn and vilification, to leapfrog opposition.

If you wanted to be glib about what’s happening in the world of information and opinion forming, you might say the Gutenberg era is giving way to the Zuckerberg. That might work even better if Zuckerberg had invented Twitter rather than Facebook, which does a similar job but not quite as efficiently.

Why shouldn’t racing avail itself of the new phenomenon? Well, of course it should. And the man who’s pushed this view at the HKJC, with the full support of CEO Winfried Engelbrecht-Bresges (still, nothing happens at the Club without the approval of the Commander in Chief) is HKJC’s new Public Affairs Manager, Patrick Cummings.

He’s taken a risk, because all innovation at the Club is a risk as the old methods have worked so well, but it is a calculated one. 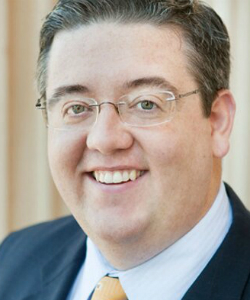 Pat Cummings (left) is not a man you miss in a crowd. Standing well over six foot and weighing in at around 250 lbs (he can sue if he likes haha, as they say on Twitter) and full of amiable if extrovert self-confidence, he’s a man who has developed his own love of racing, which he found “at the age of 8 or 9” on cable tv in his home town of Philadelphia, and probably hasn’t really loved anything quite as much since.

At school he steeped himself in the sport. “I often say I learned math,” he said, “from working out how much you’d get back from backing a winner for a certain amount at the odds.”

When he was 18, he heard from an uncle that Philadelphia Park was going to need a back-up racecaller, as track announcer Keith Jones had taken on a second contract with a minor league baseball team. “My first call was on October 17, 1999,” he said grinning broadly and proudly. “The winner was Poolman, ridden by Tony Black.”

He worked in business for a while, pining all the time for racing, then while getting his MBA at Baylor University in Texas got himself another job race calling at Manor Downs (they pronounced it ‘Maynor’, apparently, for reasons only Texans will understand), a minor track that was partly owned by members of the Grateful Dead.

Five years ago, he took up a job with Trakus, a company he has promoted with the sort of fierce enthusiasm perhaps only Americans give to their employers. Then, in early 2015, the job at HKJC job fell vacant, and he was talent-spotted by the now outgoing Executive Director of Racing, Bill Nader.

“And I jumped,” said Cummings. “Because, when the (Hong Kong) Jockey Club comes knocking on your door, you don’t have to think about it, because, day in and day out, this is the best racing experience on the planet.”

He is, in short, an entirely modern racing man, and his approach to his job at HKJC reflects that. Of course there has been some muttering about the influx of the twitterati, mostly from grizzled veterans of the conventional media who question how invitees can possibly be objective about what they see and citing some of the more vapid early tweets from the 12 new imports as evidence that their contribution is likely to be worthless.

Attempt to evaluate the initiative

To be fair, several of the tweeters did say almost exactly the same sort of thing, viz: “OMG awesome!! Can’t believe I’m gonna be in Hong Kong in two days #HKIR!!!!”. (Yes you can. Get used to it. Check the ticket they’ve sent you. And don’t forget to check the dictionary definition of ‘sincerity’ before you go).

The early instagrams didn’t convey much either: just pictures of individual horses exercising in front of the stands that conveyed little except that the person holding the smartphone had been there. But gradually things changed. The Club set out to give them a wonderful experience and the twitterati responded with an enthusiasm that grew stronger and gradually more educated as the day of the meeting approached, and then passed, and still they went on tweeting, even after they’d reached home.

It’s impossible to tell yet how much of an impact on awareness of the HKIR the subsidised incomers made. (Grumpy old veterans, also part subsidised with hotel rooms, have to pay their own fares or get their publications to do so). Look at it this way, if you have, say, 5,000 followers on Twitter and you tell each one of them every day that Hong Kong is wonderful; that Sha Tin and Happy Valley are the greatest racecourses in the world (could be right there) and that the HKIR is the greatest racing experience on earth, and they then retweet to their followers and their followers retweet ad infinitum, then the cumulative advertising effect is enormous.

And, perhaps incalculable, although the HKJC, being the HKJC, is determined to produce an “evaluation” in the coming weeks.

Best of luck with that project, chaps.

What the officers of the regiment in 1843 might have thought of it is beyond conception. “Frightfully vulgar” would be the least of their criticisms. Of course, only an organisation like the HKJC, whose wealth is already the envy of the world, could afford this sort of hospitality, or you may prefer to call it forward thinking. But this is a sort of revolution and the smart money would say it won’t be long before someone else in racing looks up and says: “I’ve seen the future - and it tweets.”