Joel Rosario maybe? Or Victor Espinoza? Irad Ortiz Jr? Gary Stevens perhaps? It’s none of those, of course. In fact it’s a rider that probably most American racing folk have barely heard of - unless they have a strong international outlook.

We give you Blake Shinn.

He’s the Australian jockey that Wesley Ward, a trainer with a far stronger international outlook than most, has drafted in for a five-week stint in the U.S. Sydney-based Shinn, 29, flies out on Sunday for what is thought to be the first American contract for an Aussie rider in around half a century. 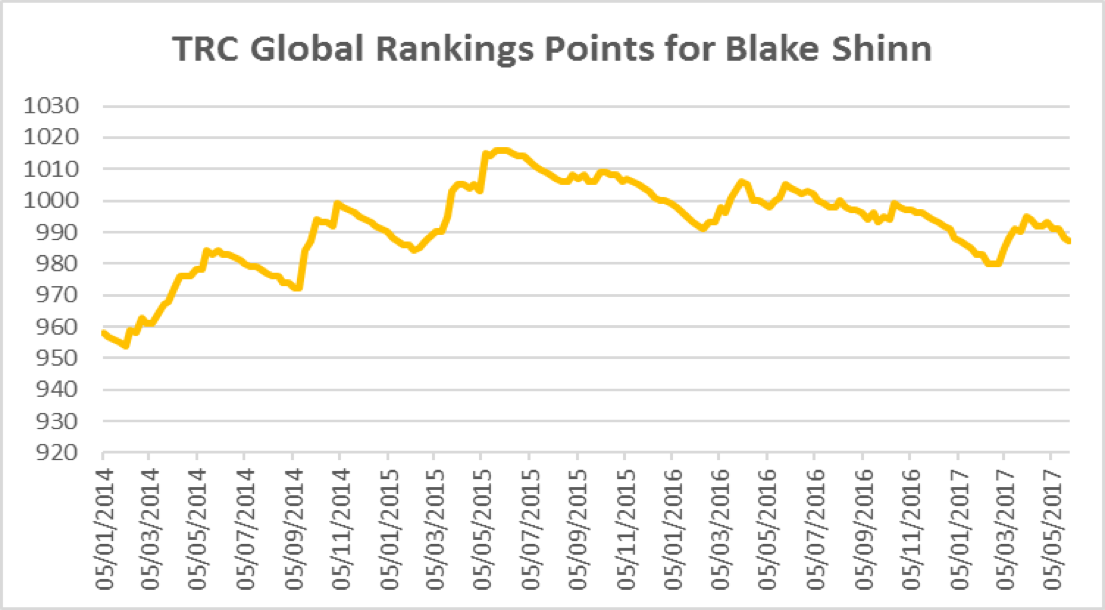 This has all the makings of an inspired move by Ward. Shinn is no promising youngster seeking his first breakthrough. In the latest TRC standings, he is the 19th-ranked rider in the world. The rankings are based on a thorough examination of all performances in Group and Graded races worldwide over a rolling three-year period, and the figures do not lie. Shinn has been a world-class jockey for years - he has been as high as #8 (most recently last August) and has been a constant presence in the top 20 for more than two years. Check out his rankings trajectory alongside.

Yet Shinn, who will  be based in Chicago but will ride all over the country, sees the next five weeks as a learning experience. “This is a dream of mine to ride in America,’’ he is quoted as saying by the Daily Telegraph in Sydney. “It’s a fantastic opportunity to broaden my experience and learn from the best jockeys over there.’’

He added: “I am very grateful to be afforded this opportunity and I want to go to the United States and do Australian racing proud.’’

This is actually Shinn’s second stint in the U.S., having visited back in 2008, when he rode trackwork for Ward.

The jockey, who won the Melbourne Cup on Viewed for Bart Cummings in 2008 and the Golden Slipper on Capitalist for Peter and Paul Snowden last year, is much sought after by the top Aussie trainers and has also ridden regularly for Darren Weir, Chris Waller and Gai Waterhouse.

He will be back in Australia in July to prepare for the spring carnival.