A competitor’s merit has two basic components: their record of winning and losing, and the strength of the opposition faced.

This is the basis of all reputable ratings systems in the wide world of sport, most notably those of Ken Massey or Jeff Sagarin or Nate Silver in the U.S. It is also the ethos of TRC Global Rankings, such as our current figures for jockeys:

In the table, IV (Impact Value) represents the rate of winning and losing and tRPR the de facto strength of opposition. We run an algorithm to connect all jockeys, owners, trainers and sires around the world in a broadly similar way that Silver and others connects European football teams, for instance.

To date, we haven’t published rankings for horses. This is mainly because their data is far more sparse than, say, jockeys, who take hundreds of rides in Group/Graded races. A horse may run just a handful of times in the races we care about, so comparing them across the world is no easy task.

This is especially true for TRC Global Rankings because we care about uncertainty over a competitor’s true ranking.

You will see that most competitors at the top of our rankings have won more races than the majority of their opponents, but a jockey like Zac Purton doesn’t get that opportunity because Group races in Hong Kong, where he is based, are less frequent than elsewhere. So, we try to marry up those twin impostors rate and volume to produce one number (shown as Points in the table), which expresses the achievement of a competitor relative to the opportunities afforded – taking into account that larger samples are more reliable.

A horse can earn the right to be regarded as world-class far faster than a jockey or trainer. So, the coefficients we use to weigh volume against efficiency need to reflect this. Fortunately, the TRC Global Rankings algorithm can adjust to a new environment automatically because it learns how to balance the performance of a relatively new competitor with that of an established one by making predictions about future races and seeing what works.

We haven’t had enough data to produce a stable weekly ranking of horses, but, now we have a decade of detailed Group and Graded races around the world, it is nearly time. So, here are the top 100 horses in the TRC Global Rankings era, starting from the first week of 2014, when three years’ worth of data was in the system, and we have had seven years afterwards to perform out-of-sample learning: 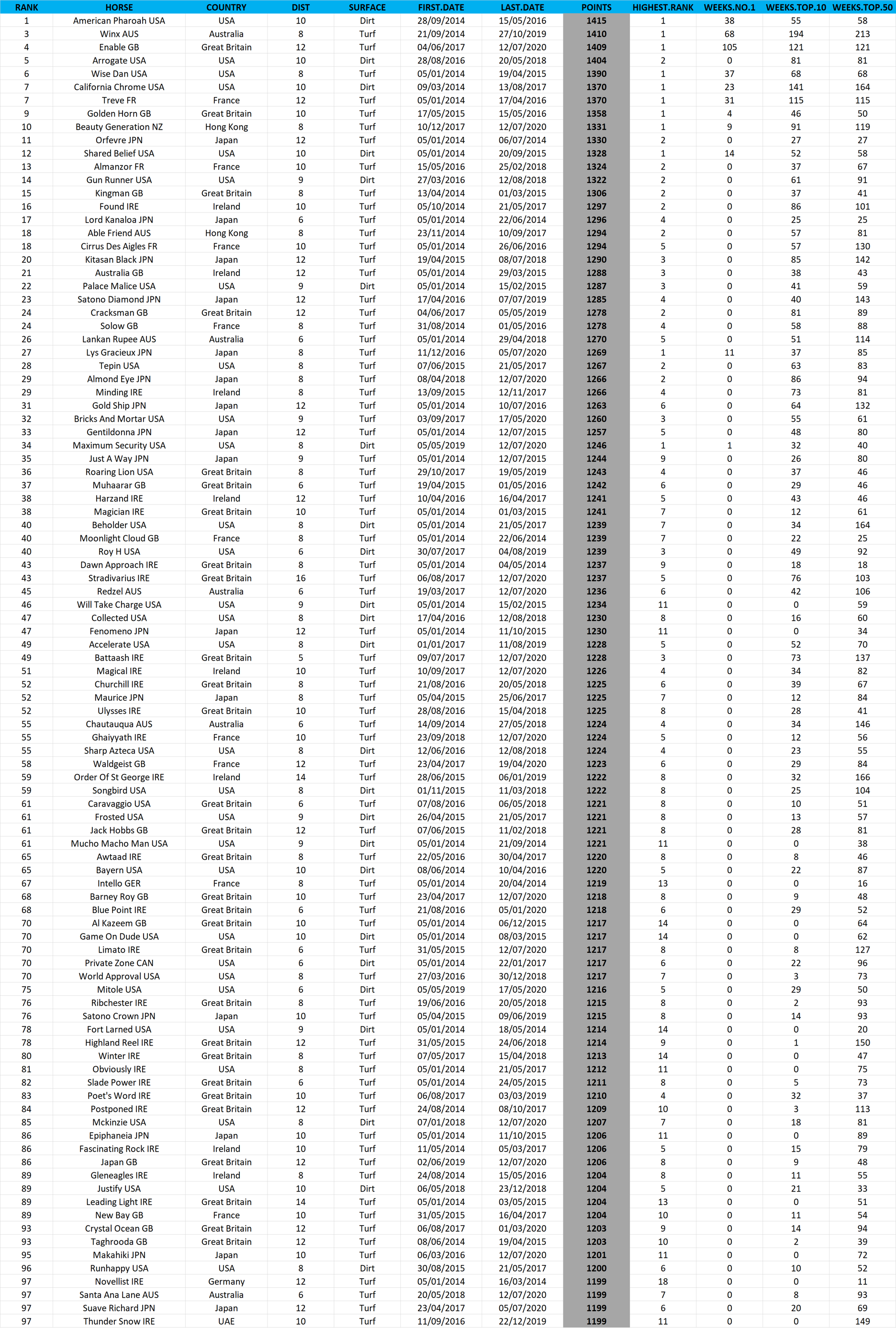 We have had 11 different world #1s in the era, which post-dated the great Australian sprinter Black Caviar because a horse is excluded from our system after 200 days of inactivity. Chronologically, these were: 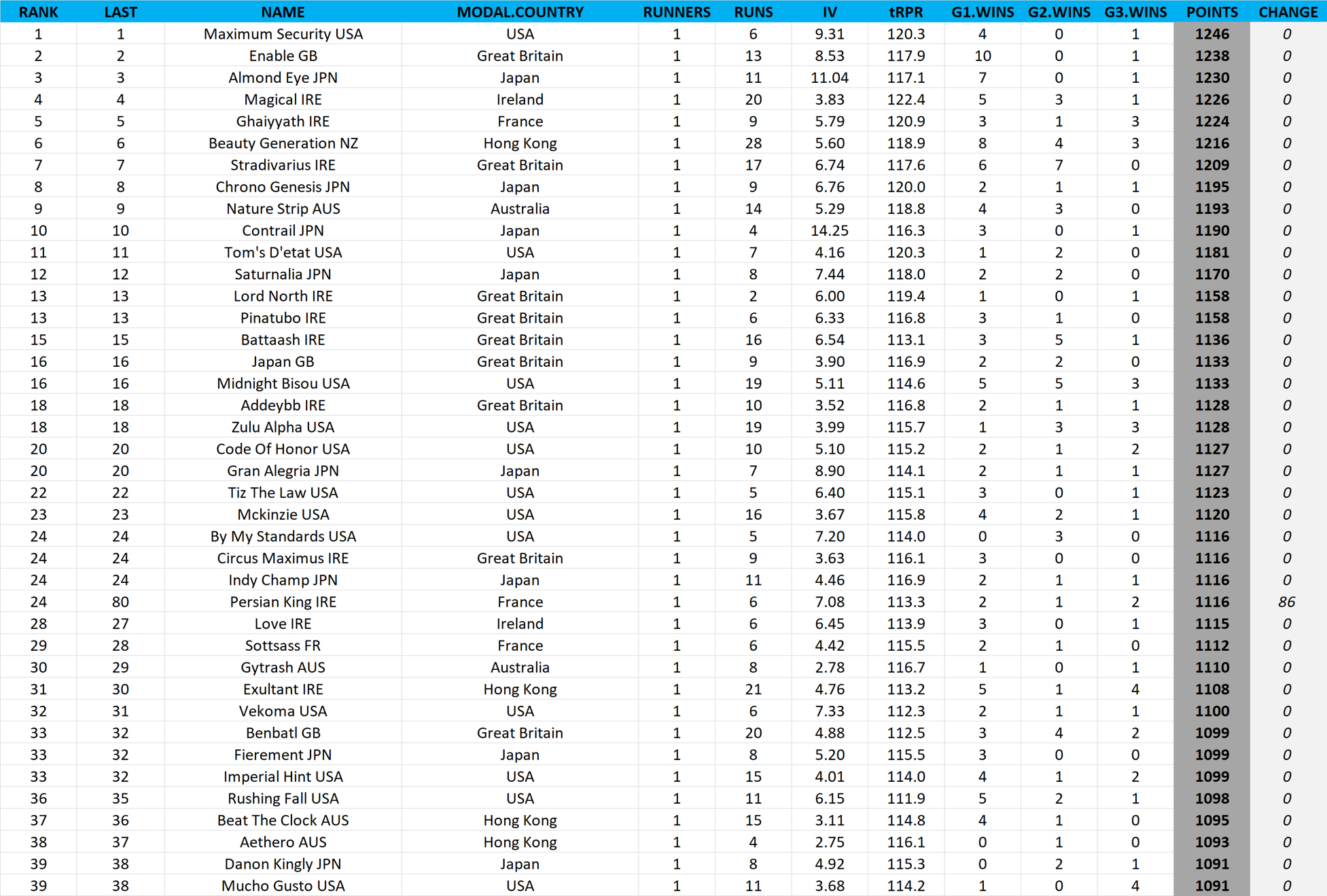 A few notes as a reminder of the basis of TRC Global Rankings:

We will continue to work on our horse rankings and test them against data before releasing them on a weekly basis.