A globally recognised source of proven bloodlines, the Goffs November Breeding Stock Sale has produced some of the most hard-fought and dramatic bidding battles of all time. And is it any wonder? The pedigrees of many of the mares and broodmares on offer don’t require detailed study. Such dense distributions of black-type speak for themselves and represent the innate top-level quality that breeders dream of. But, even the most convincing of pages can flatter to deceive.

As the 2018 edition of the Goffs November Breeding Stock Sale (November 22-23) approaches, Alex Cairns looks back at five of the sale’s most notable top prices and reviews the impact they have had on the breed so far. 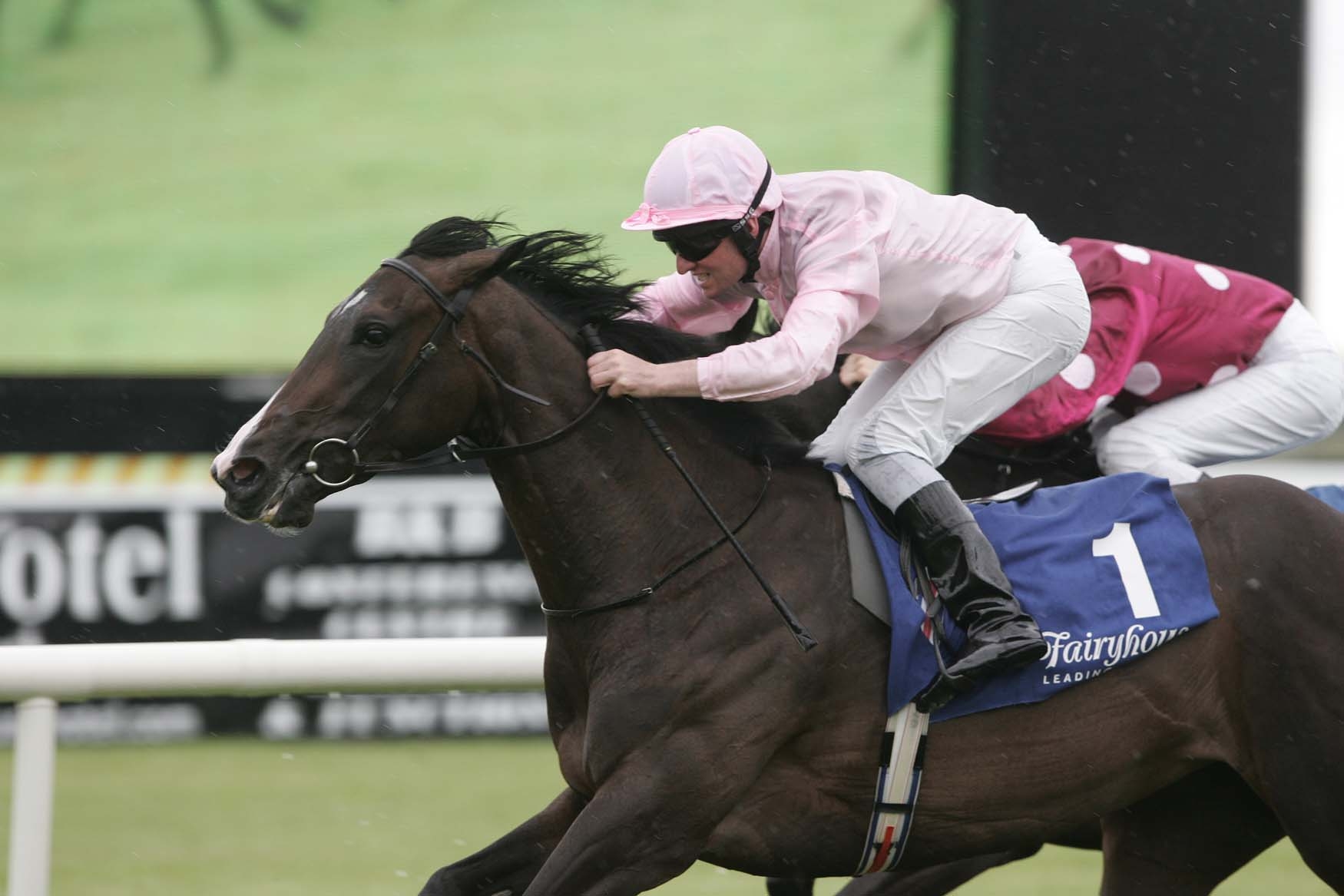 An illustrious race record isn’t the be-all and end-all when it comes to breeding stock. Inca Princess could boast only a neck Fairyhouse maiden win from three outings as a 2-year-old in 2010. Her racing career was then cut short, whether by injury or design. Yet, in a way, her career was only just beginning, as it is as a broodmare that she has found her true calling.

From three foals, she has produced Johannes Vermeer, G1 Criterium International winner, Elizabeth Browning, winner of the G2 Kilboy Estate Stakes in 2017, and Sapa Inca, who has shown promise in three 2-year-old starts this year.

Moreover, her 2017 foal by Galileo sold for €1.1 million at the Goffs November Foal Sale last year. As a 10-year-old, Inca Princess may yet produce a champion, and her stock will continue to be hotly contested at the sales. 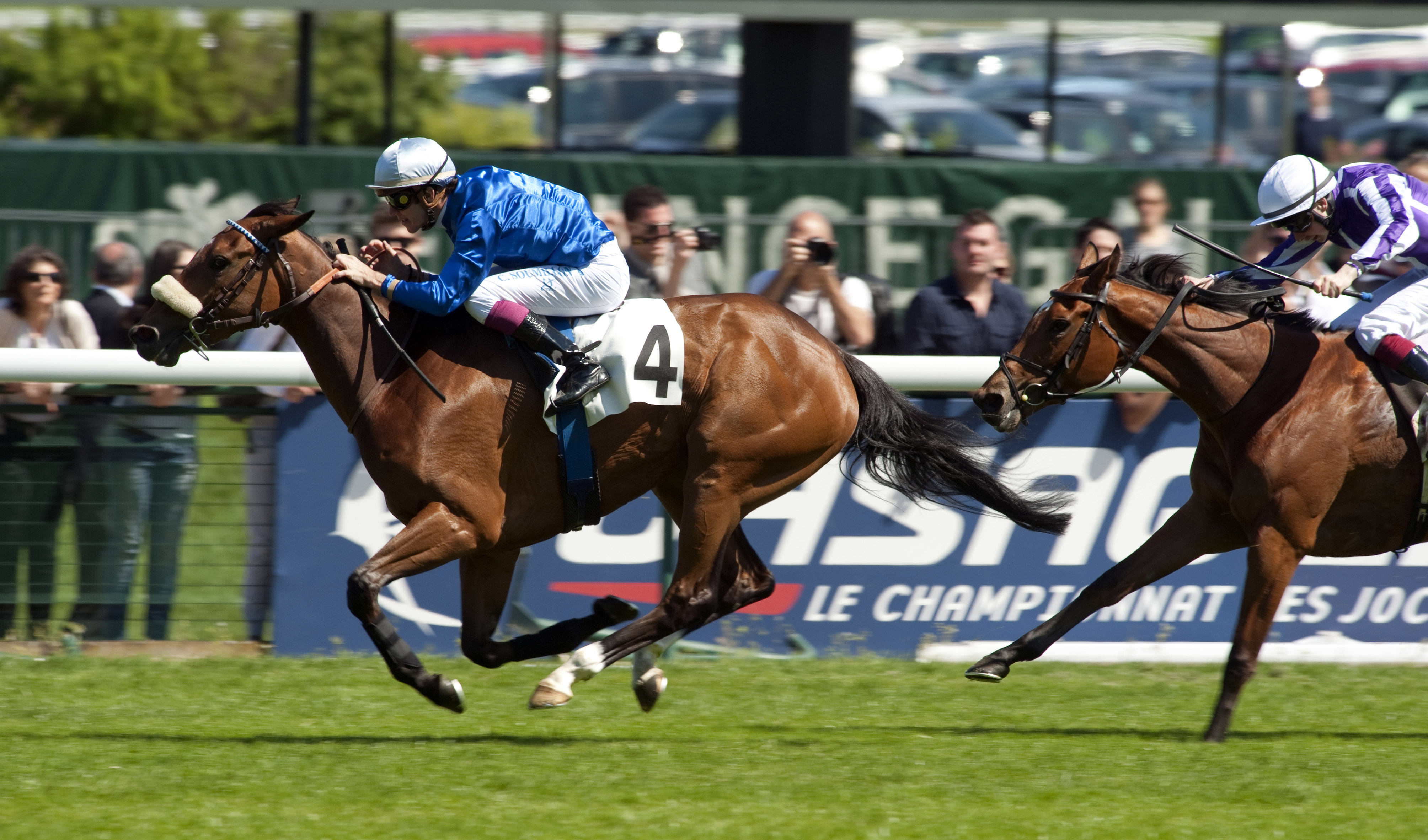 Even before she became a broodmare, Beauty Parlour was guaranteed a special place in racing history. In 2012, she became Deep Impact’s first G1 winner outside Japan, landing the Poule d’Essai des Pouliches (French 1000 Guineas) at Longchamp for French trainer Elie Lellouche.

Subsequently beaten just three parts of a length in the Prix de Diane, she wouldn’t win again in two starts for new trainer Sir Henry Cecil. Despite her racing career fading away somewhat, Beauty Parlour’s classic form and rare pedigree were always likely to make her a valuable breeding prospect.

When the Wildenstein family were dispersing their stock in 2016, they turned to Goffs. As one of the world’s leading sales companies, based in a country where racing runs in the people’s veins as well as the horses’, Goffs could be relied upon to bring the buyers and build the buzz. The hammer fell at a healthy €1.6 million.

Beauty Parlour has produced Being There, now a 3-year-old colt by Dubawi. A €1.4 millon Goffs Orby purchase, Being There won a maiden at two. Beauty Parlour also has a filly by Dansili. She sold for €450,000 as part of Wildenstein Dispersal at Goffs in 2016 but has not yet made it to the track.

Verdict: big potential and may still produce the goods 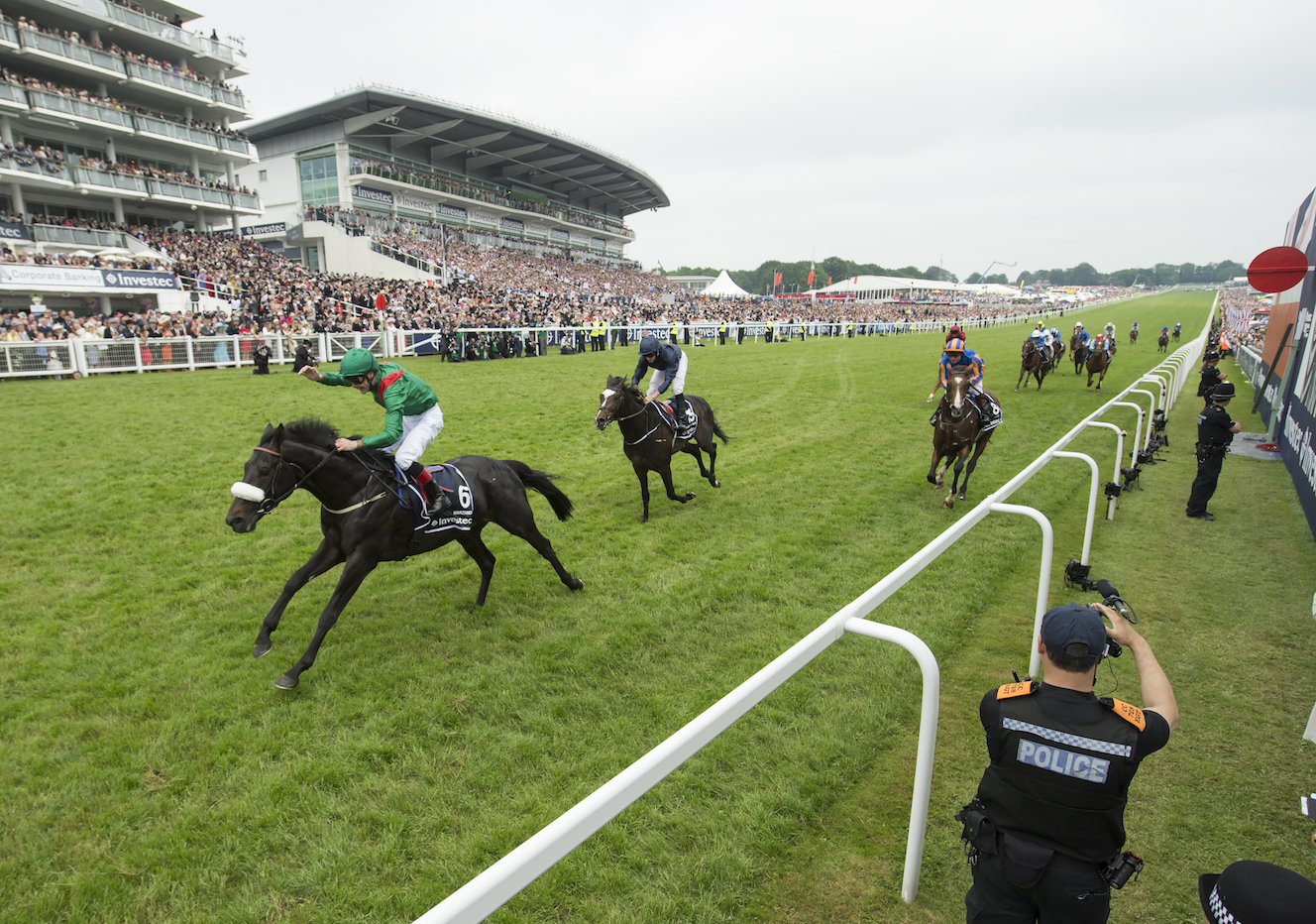 Aga Khan mares are the product of decades of cultivation from some of the greatest minds in the racing business. Every year these bloodlines make their presence felt at the highest level. Hazariya abounds with elite relations and she honoured the family name in winning at G3 and listed level as a 3-year-old in 2005.

Sent off at 10/1 in the Irish Oaks she was unfortunately pulled up. Subsequently welcomed into the distinguished company of the Aga Khan broodmare band, she has since excelled. From seven foals, she has produced six winners, including G3 winner Harasiya, listed winners Haripour and Hazarafa, and, to crown them all, 2016 Epsom Derby and Irish Derby victor Harzand. They don’t come much better than that.

Harzand, a son of the mighty Sea The Stars, now stands at the Aga Khan’s Gilltown Stud in Kildare, Ireland, and had his first foals on the ground in 2018.

Along with a dual classic-winning stallion, Hazariya has also produced a successful broodmare in Hazarafa, who is the dam of G3 winner and 2018 Epsom Derby fifth Hazapour.

The big news is that Hazariya will be going through the ring again during the 2018 Goffs November Breeding Stock Sale. In foal to Galileo, she will once again be a sale headliner. Hazariya also has a filly foal by Galileo selling as Lot 709 as part of the Goffs November Foal sale on Wednesday November 21. She will surely draw a host of suitors.

A €6 million price tag at the Goffs November Breeding Stock Sale made Chicquita the most expensive Thoroughbred ever bought at auction in Ireland. Earlier in the same year she had won the Irish Oaks and run second to dual Arc winner Trêve in the Prix de Diane. A dramatic swerve across the track had probably prevented her from finishing closer in the Diane, suggesting both immaturity and massive natural talent.

Changing hands at the end of her 3-year-old season as part of the Paulyn Dispersal, she entered the ownership of the Coolmore partnership. Already possessing huge value as a broodmare, it would have been tempting for her new connections to send her straight to the breeding sheds. She raced on however, but would not score again in four starts for Aidan O’Brien.

Chicquita is by multiple G1 winner and multiple classic sire Montjeu out of Prudenzia, a listed winner whose seven yearling progeny have registered an average price of €938,571 at the sales. With Chicquita’s own offspring in turn imbued with huge latent value and significant racing potential, her €6 million price tag begins to appear less lofty and she could well provide serious return for Coolmore.

Her sole recorded progeny to date is Secret Thoughts, a 2-year-old fillies maiden winner and G3-placed this year. Secret Thoughts holds an entry for the 2019 Irish 1000 Guineas so is clearly well thought of and has shown enough to suggest she could possibly boost the family with a classic win of her own.

Verdict: eye-watering outlay, but, when pedigree, form, and physique align, it can pay to loosen the purse strings 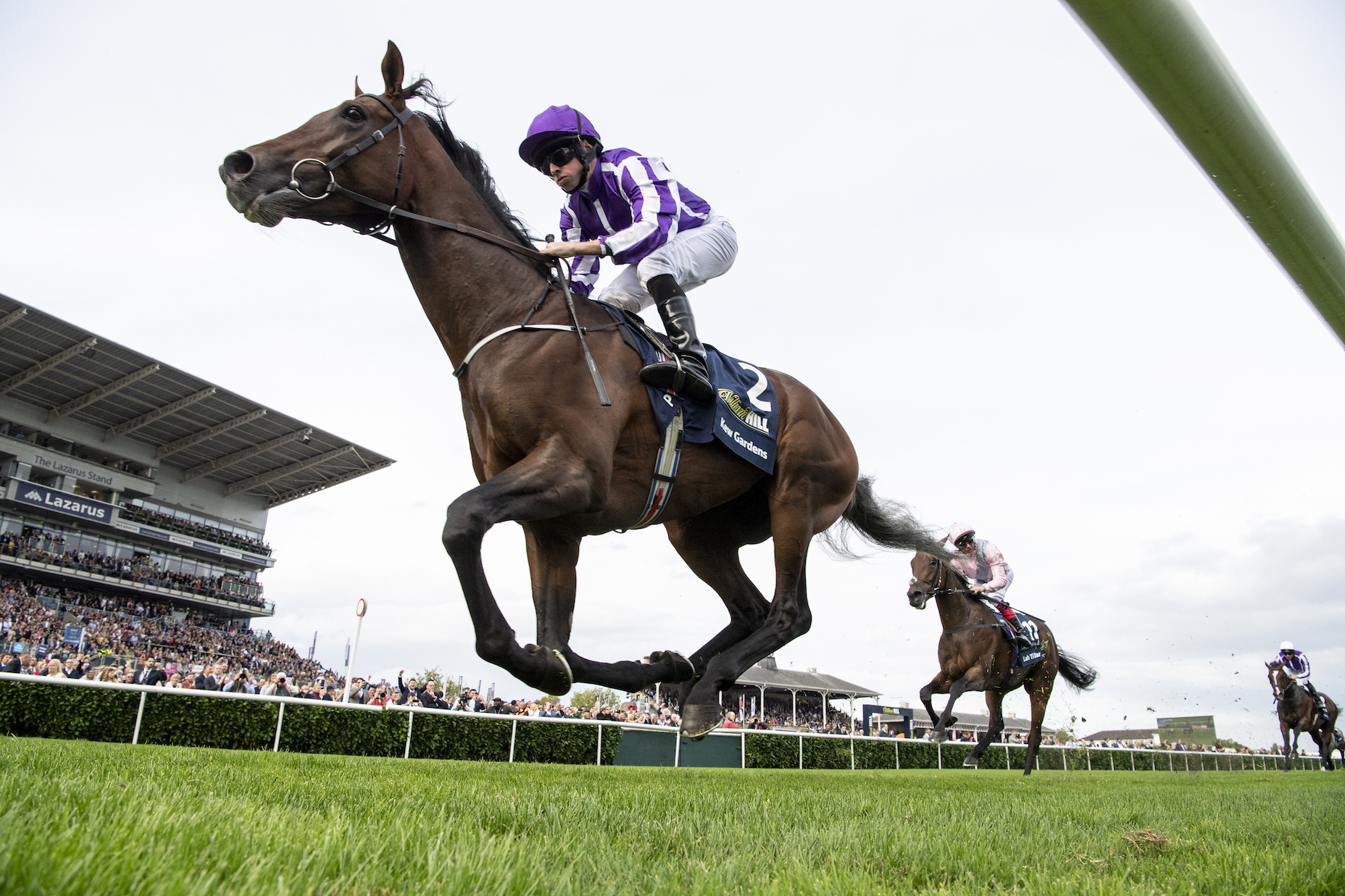 Winner of the G1 Moyglare Stud Stakes as a 2-year-old in 2004, Chelsea Rose continued to show consistent top-level form at three and four. By Irish 2000 Guineas and Irish Derby winner Desert King, she has proven herself a distinguished broodmare.

She has produced four winners from six runners and is the dam of Thawaany, who sold for €220,000 at Goffs November Foal Sale in 2010 and went on to score at G3 level and be placed in the G1 Prix Maurice de Gheest.

The breeding record of Chelsea Rose hit new heights in 2018 as her son Kew Gardens scored in the G1 Grand Prix de Paris and the English St Leger. With this in mind, it was no surprise that her yearling filly by Galileo made 1.2 million gns at Tattersalls this year.

The relatively reduced price paid for Chelsea Rose demonstrates that it is not only the millionaire lots that can come up with the goods at the Goffs November Breeding Stock Sale.

The Goffs November Breeding Stock Sale has been graced by some equine aristocrats in recent years, and their presence has drawn the world’s most influential breeders and investors and sent prices soaring. These animals have in turn produced stock of outstanding quality that have realised their innate potential in some of the world’s most competitive races. Such specimens are truly the distillation of the breed, and it is likely that their influence will be felt for decades to come.

When understood in this context, even the loftiest of prices paid for the broodmares listed above appears a shrewd investment. With such enduring dividends once again on offer at the Goffs November Breeding Stock Sale in two weeks, it’s time to reach for that catalogue.

For complete Irish sales dates, visit the Irish Thoroughbred Marketing (ITM) website. ITM offers a contribution to buyers’ travel costs to the Irish sales and also offers favourable rates with local hotels. For further information, contact the team at +353 (0) 45443060 or visit the website.