The European first-crop sires of 2016 were the usual melting pot of past years. Several high achievers, such as Sir Prancealot and Helmet, were excellent 2-year-olds themselves who were expected to impart a degree of precocity to their offspring. Then there are others who will no doubt be shown in a better light as their progeny mature.

Bated Breath did not run at two, which makes him an interesting proposition once his first 3-year-olds start running on a regular basis this season. However, his first 2yos fared well enough in 2016 for the framework of a successful stud career to be laid.

Bated Breath ended the year with 19 2yo winners to his credit, the same number achieved by his sire, Dansili, when his first crop hit the track in 2004.

Several came to hand early. Al Johrah, his first winner when successful at Maisons-Laffitte in May, chased home Lady Aurelia in the Queen Mary Stakes at Royal Ascot before running second in the Prix Robert Papin. Take A Deep Breath ran second to Promise To Be True in the Silver Flash Stakes and is now in training in the U.S., where the progeny of Dansili have historically fared so well. Another representative, Unabated, is G3-placed.

Juddmonte through and through

In all, 13 of Bated Breath’s first crop have run to a Racing Post Rating of 80 than greater. By that measure, the Juddmonte stallion sits within the top six of last year’s 21 first-crop sires who had runners in Britain and Ireland.

Juddmonte-bred top to bottom as son of Dansili out of the Distant View mare Tantina, Bated Breath made his debut for Roger Charlton over six furlongs at Pontefract in April 2010, sauntering home 3 1/2 lengths to the good of the opposition. Brought along gently thereafter, he followed up over course and distance before heading to Haydock Park, where he made a mockery of a competitive sprint handicap. 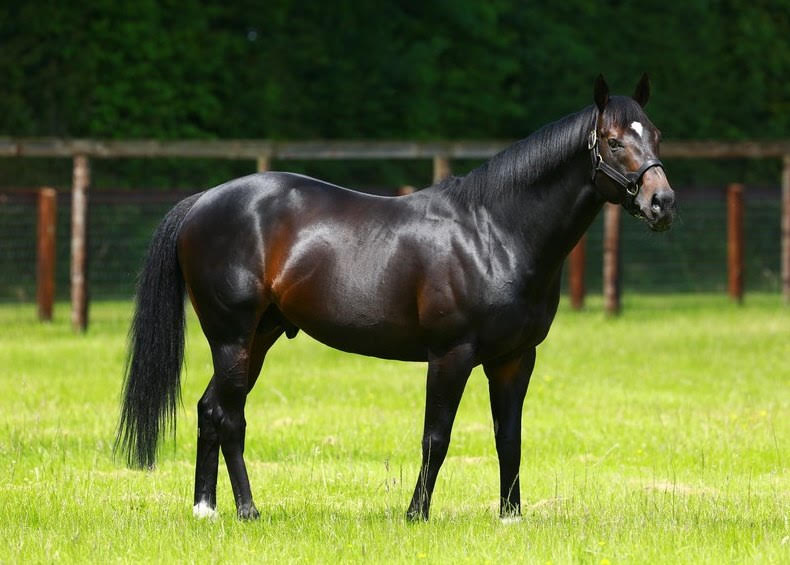 Even at that early stage, Bated Breath appealed as a Group sprinter in the making. He broke through at stakes level the following year when successful in the Leisure Stakes at Windsor and, following a creditable fifth in the Golden Jubilee Stakes, rattled up a sequence of runner-up efforts in the July Cup, Betfred Sprint Cup and Nearctic Stakes. On each occasion he was beaten less than a length; the Betfred Sprint Cup, in which a nose separated himself and Dream Ahead, must have been particularly frustrating for connections.

Although that elusive G1 failed to materialise the following year (another similarity with his sire, who also failed to score at the highest level), Bated Breath once again acquitted himself well. He started off by breaking the course record in the Temple Stakes at Haydock Park, on what was only his second try over 5f, and followed up by running a close second in the King’s Stand Stakes. He signed off his career with another placed effort in the Betfred Sprint Cup.

The winner of six races over 5 - 6 furlongs, Bated Breath retired as the highest-rated sprinter by Dansili. He defeated the winners of 35 G1 races over the course of his three-year career, among them Society Rock, Sole Power and Ortensia.

As a descendant of Juddmonte foundation mare Monroe, herself a daughter of blue hen Best In Show, Bated Breath is the product of a particularly deep Juddmonte female family. His dam, listed winner Tantina, also provided Khalid Abdullah with another star in Cityscape, who broke the track record when the wide-margin winner of the Dubai Duty Free. Another admirably consistent G1 performer for Roger Charlton, he stands at Overbury Stud in Gloucestershire and has first 2yos on the track this year.

Juddmonte are renowned for heavily supporting their roster - they bred the first G1 winners by Warning (Prophecy), Distant View (Distant Music), Dansili (Rail Link) and Zafonic (Xaar) among others - and Bated Breath was no exception. During his first two seasons, the outfit sent him 39 mares led by Zenda, the Poule d’Essai des Pouliches heroine and dam of Kingman, Coraline, dam of G1 winner Reefscape and G2 winners Coastal Path and Martaline, G1 winner Quiff and her 1,000 Guineas-winning dam Wince, Double Crossed, dam of Twice Over, and G2 winners Modern Look and Spanish Sun.

Outside mares included Kheleyf’s Silver, dam of Tiggy Wiggy, Abunai, subsequently the dam of St Leger hero Harbour Law, Our Poppet, dam of the ‘Budapest bullet’ Overdose, and the classic-placed fillies Capistrano Day and Time Ahead.

Now it is up to Bated Breath to build upon those opportunities. The market took to him warmly when his first yearlings sold in 2015. His first crop returned an average of 196,667gns at Book 1 of that year’s Tattersalls October Sale and 46,329gns during the season overall. Last year, his second crop sold for up to €260,000.

Al Johrah and Take A Deep Breath ended the year as the highlights of his first crop. Take A Deep Breath has joined Tom Proctor’s barn in Florida and was a close second in a Tampa allowance on her American debut on Thursday. Speed, meanwhile, appears to be the forte of Al Johrah so it will be interesting to see which route Al Shaqab Racing and Henri-Francis Devin take with her campaign. Her race record already suggests she is a tough filly, a characteristic that can also be attributed to another daughter, Merry Banter, the winner of three of her ten starts for Paul Midgeley.

Ekhtiyaar also didn’t look short of speed when the wide-margin winner of his second start, a 6-furlong maiden at Yarmouth for Roger Varian last October. Sibilance was the winner of her sole start over 6 furlongs for Ralph Beckett while Ventura Blues won two of her three starts for Richard Hannon.

Bated Breath was fast, but like many sprinters, he also needed time to hit full gear. If his progeny are anything like him, they will continue to progress. With the backing he has received and the promise already on the ground, it probably isn’t too fanciful to suggest that he is in for a good year.